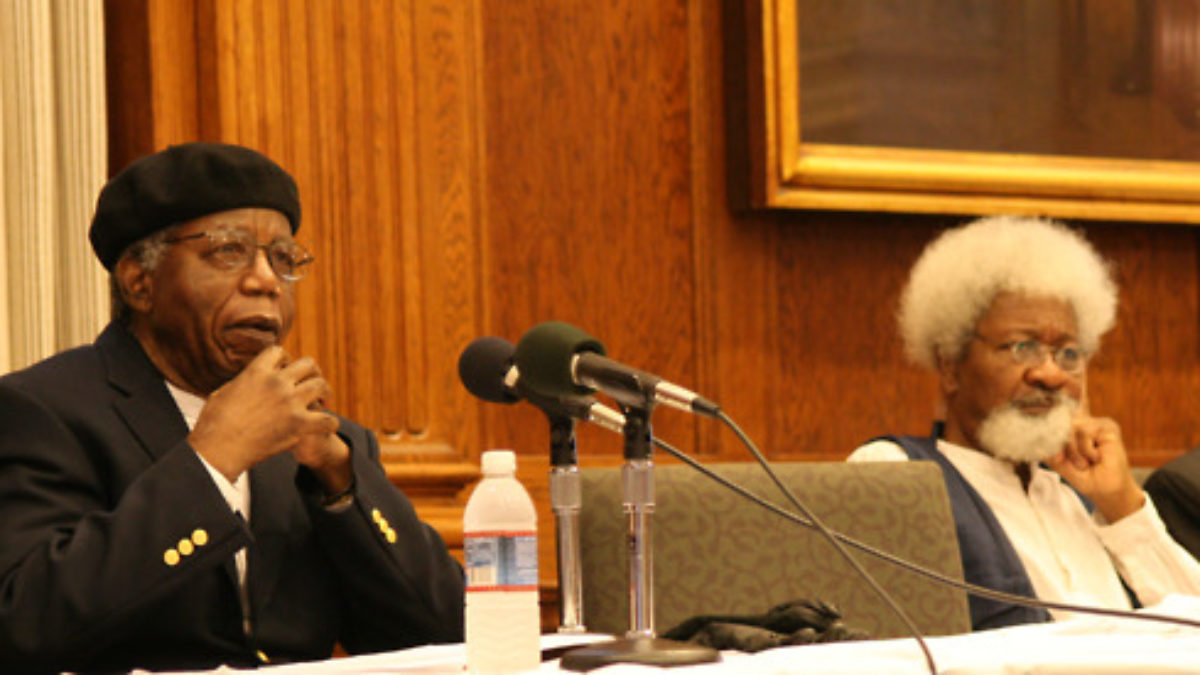 Poetry could be said to be the oldest genre in Africa. It began with themes, rhythms, histories, rituals and ideas which grew from cultures of different regions within the continent. It was created to bring people communally and open a platform for them to share common experiences. In this article, we are going to look at African Poetry and Its Origin.

Understanding African Poetry And Its Origins

Before colonialism, African poetry was mostly in oral form, spoken in the languages of the people which created a mutual understanding between the audience and the orator. Oral poetry was usually done with vigorousity, gestures and emotions. It was either in songs, dirge, elegy, panegyric or riddles.

Then, colonialism came, and oral poetry took another form, it was transcribed into written form and some of these poems lost their flavour and messages.

The first generation of poets during this era wrote poems with shades of colonialism in them.

Most of them also used their languages to convey their messages to the audience. They wrote consistently on oppression, freedom, injustice and independence from colonialism.

The second generation were post colonialism poets. They were a mixture of the first generation and new creatives. They  learnt from the first and infused in their poems the struggles, falls of the new government, the vices and challenges. Some of them also made good use of their languages to pass out their messages and connect deeply with the readers.

The third generation are combination of the second and new poets who witnessed the post colonialism and the changes it brought. They wrote poems about the societal values, crises in their respective countries, the unending falls of their governments. They used poetry to create a voice for every African trying to survive and thrive in society facing moral and societal decadence.

African poetry have come from a long history, faced obvious changes and have been an impactful tool in political/ societal criticism, entertainment and a way of keeping poetry alive and continuous in the continent.

Poets of the colonialism, post colonial period included some of these themes in their works:

Now, in the modern age poetry, poets in Africa are focusing their works on the healing, purging of their countries and using it to keep the government in check and enlighten the society of the former ills, falls and successes. They also use poetry these days to bring to light the influence of western standards on indigenous cultures, its effects and impacts.

The themes of their works mostly includes:

African poetry isn’t just significant because of its connective settings, resonating storylines and relatable languages. It is also important because of the following:

For African poets to be well understood, you need to understand the languages they use to convey their messages. You need to be able to interpret their words and understand what they are trying to pass across to you.

The tools African poets employ in their poems includes:

It is the vehicle which the poet uses to convey his or her messages, thoughts and ideas.

It helps to clarify meanings and make it straight forward with no clichés.

It refers to the mixing of two or more language varieties.

It helps to enhance the message intended, specific ideas and terms.

1. I have a palm kernel smeared in Ukpaka and Mangala fish.

2. I painted your eyelashes with otengele dark as indigo.

It is the poet’s choice of words used to convey his or her message.

It could be technical, free verse or plainly complicated.

They are used as the backbone for the interpretation of the messages of the poem.

It helps to construct the flow of thoughts and ideas in a structured way.

1. The leopard know in his head whose skin adorns the shoulder of the mighty king.

2. The mother goat knows on whose skin the drummer rattles.

They refer to group of words used to give certain emphasis to an idea or to gain a particular effect. It is mostly used by poets to strengthen their style of literary composition through which they express their ideas.

“… the entire continent of Africa is here… Yes, the whole of Africa knows of your reputation in that direction”

(Wole Soyinka’s A Play Of Giants)

It can be referred as the symbolic vision of what happens in the reader’s mind.

“and i rise now

with long drums of laughter

to slaughter a thousand dragon-dreams of pain”

“beat back the rust souls of warriors

who never won a war…”

African Poets are the voices of their societies who help to show the indigenes or citizens the societal norms, ills and evils of their countries.

Through their writings they hope to win peace and freedom for their countries. They also hope their works can be seen as a channel to inspire growth, educate and resonate effectively with the readers.