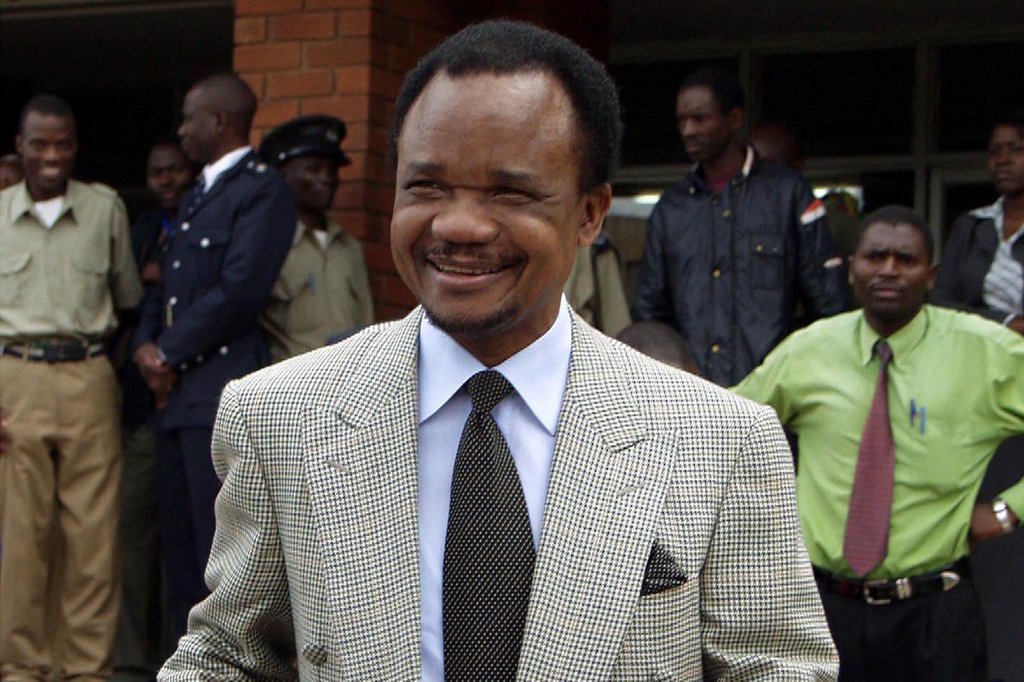 Frederick Chiluba was the second President of Zambia, he ended Kenneth Kaunda’s 27-year single-party rule after defeating him during Zambia’s first multiparty election in a massive landslide.

Born April 30, 1943, Frederick Chiluba was described as a free-market reformer, a trade union leader and was the President of Zambia from 1991 – 2002.

Chiluba was expelled in his second year at Kawambwa Secondary School in Kawambwa for political activities. He became a bus conductor thereafter, and later a politician due to his charismatic personality.

Chiluba had little formal education, but he worked as a bookkeeper and rose through the ranks of the labour movement.

Even though his private life was mostly controversial , BBC described him as a fervent born-again christian

Just like most African leaders, Chiluba was jailed in 1981 for sponsoring wildcat strikes

1. Privatization is a bitter pill but it is a pill that will cure.

2. The greatest lesson we can learn from the past. is that freedom is at the core of every successful nation in the world.

3. The almighty God ordained that I, Frederick Jacob Titus Chiluba be the 2nd president of the republic of Zambia and it was so. That is already in the annals of Zambia and world political history. No one can erase that.

4. Like Apostle Paul, we can simply say ‘Our God, The father of our Lord Jesus Christ is indeed faithful’ I wish therefore to commit that as a nation, we shall always seek God’s guidance.

5. We are what we are by God’s design, in this regard; let us celebrate our existence of unity in diversity

7. The Zambia we inherit is destitute, ravaged by the excesses, ineptitude and straight corruption of a party and a people who have been in power for too long.

8. I am aware though that some people have been addicted to politics of dictatorship and intolerance and they find it almost impossible to change and acclimatize to the new order of democracy.

9. I consider freedom of conscience as the mother of other rights and liberties of man. For one can only speak, associate and assemble or worship freely and form parties when they are not interfered with. It is in essence the foundation of all other freedoms.

10. It is our duty to fight and reject protagonists of violence and vandalism bent on turning the clock back. We must not allow leaders of political vandals to come back on the political scene.

Abel Udoekene is the Chief Servant – Motivation Africa, He is passionate about helping Startups and entrepreneurs to achieve their dreams.