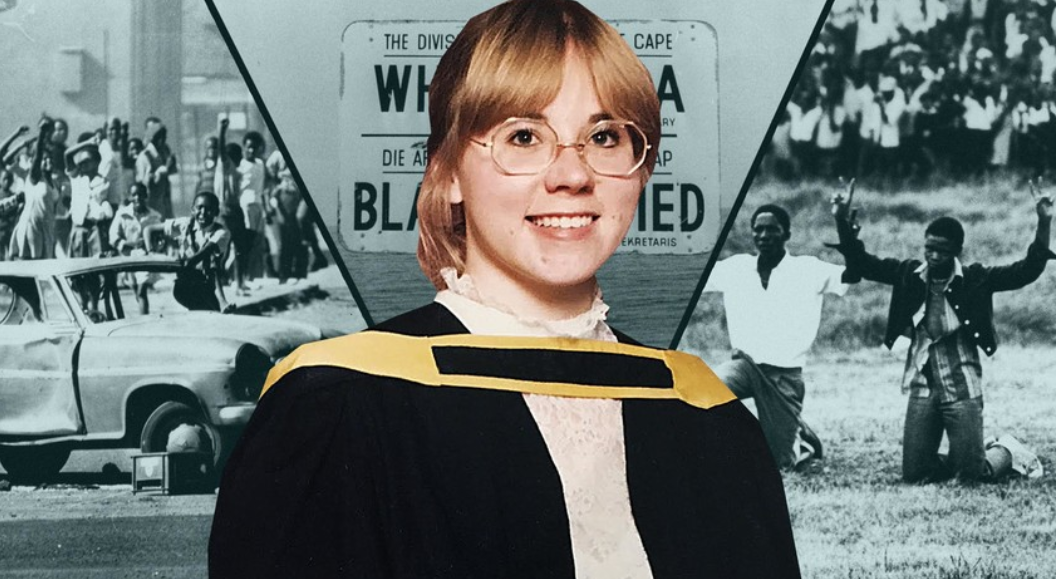 Born in the middle of the Apartheid year in 1962  to a privileged white South African Family, Sue Dobson had a seven month Military and Intelligence training in Moscow, Russia in 1986; this training gave her the strength and confidence to execute her task and survive when her cover was blown.

After the training in Russia, Sue Dobson joined the pro-government media in South Africa, and worked at Bureau of information which gave her access to collect evidence of propaganda  to the ANC which was very vital in the ANC campaign against the apartheid Regime.

Here are Top 15 Quotes of Sue Dobson from her recent interview.

1. Having access was the most important thing. And the reason I had access is because nobody suspected anything. I’m a very ordinary person. I was this little blonde thing in my 20s and they just thought of me like that silly little woman.

2. . The unfairness of it all is that I probably would have been beaten, but not as severely as someone who was a different colour. So, even in the interrogation rooms, racism was very much an issue.

3. At the time, the Russians assisted people in the liberation movements through training. I was trained in radio work, explosives, intelligence work. The skills ensured my survival

1. I was recruited into the ANC and I met with the head of military intelligence Ronnie Kasrils. He recruited me and suggested military training in what was then the USSR. My brief was to be trained in the Soviet Union and then to return to South Africa, where I would work undercover in a position that was close to the government. Which was exactly what I did,

2. “It’s because I’m ordinary that I was able to do the work that I did because I wasn’t suspected … My ordinariness has been my strength, strangely.”

3. The South African security chiefs were renowned for their barbaric interrogation routine. Many people died during interrogation. They were thrown out of windows. They were beaten so badly that they were brain damaged. There were particularly unsavory techniques like electric shocks to the genitals

4. No time was ever wasted. Everything had a purpose. You realize your time in the field is short-lived, you’re not going to be there for long, so you had to do the best with the time you had. I didn’t have the benefit of a good controller; I had no guidance, no escape plan, no funds to get out, no papers. I had to look after myself, and that’s why I’m grateful for the skills that I learned in the Soviet Union

5. We had to be very vigilant for things like letter bombs. They had a particularly unpleasant technique of putting poison into parcels so, if exiles opened something, they would be poisoned. It was very difficult to live a normal life.

6. My ANC brief was to get as close to government as I possibly could … I went through security clearances. I had access to the minister for internal affairs, I interviewed the minister for foreign affairs, the late Pik Botha.

7. I kept my political values to myself because at the time I was still a schoolgirl, and at school, the feeling was very anti-ANC. There was a lot of racism among children of my age. It was with us from the cradle to the grave. It was very much a part of South African psychology in those days, and while things are changing now, it’s a long historical process and it takes time for people to change.

8. I had grown up in quite a liberal household. Politics was always discussed, and although my father was by no means a socialist or progressive, he recognized that the system that we lived under was unfair

9. My ANC brief was to get as close to government as I possibly could … I went through security clearances. I had access to the minister for internal affairs, I interviewed the minister for foreign affairs, the late Pik Botha.

10. Black people had to queue in different places from white people, they had to use different entrances, shops, facilities; they would not be able to share public toilets. That was the time when I was born and when those legislations started to be introduced.

11. I was greatly influenced by the radio. I was an only child and I didn’t have much company, so I used to listen to the radio from an early age and that also helped give me a political awareness and an interest in Africa

12. It’s difficult to tell what my most successful operation was because I was just passing on the information I learned in my job at the Bureau of Information, and I didn’t know what they did with it or what the consequences were.

13. I never discussed anything with anyone and my decision to join the ANC was a secret. Because if you were an ANC sympathizer or a member of the ANC, in those days you were arrested or intimidated by the police, so it was not something that you could speak about openly

14. Don’t get me wrong: there were still deaths of whites in detention, through interrogation that had gone violently wrong. But they were vastly outnumbered by the number of black deaths.

15. I remember a lot of very bitter experiences from my childhood, and there was also racism between English- and Afrikaans-speaking South Africans. South Africa was then divided in so many ways. There was prejudice because of your race, because of the language you speak. You grow up in an environment of prejudice and racism, and that obviously affects your psychology. It damaged everybody, whatever their skin color