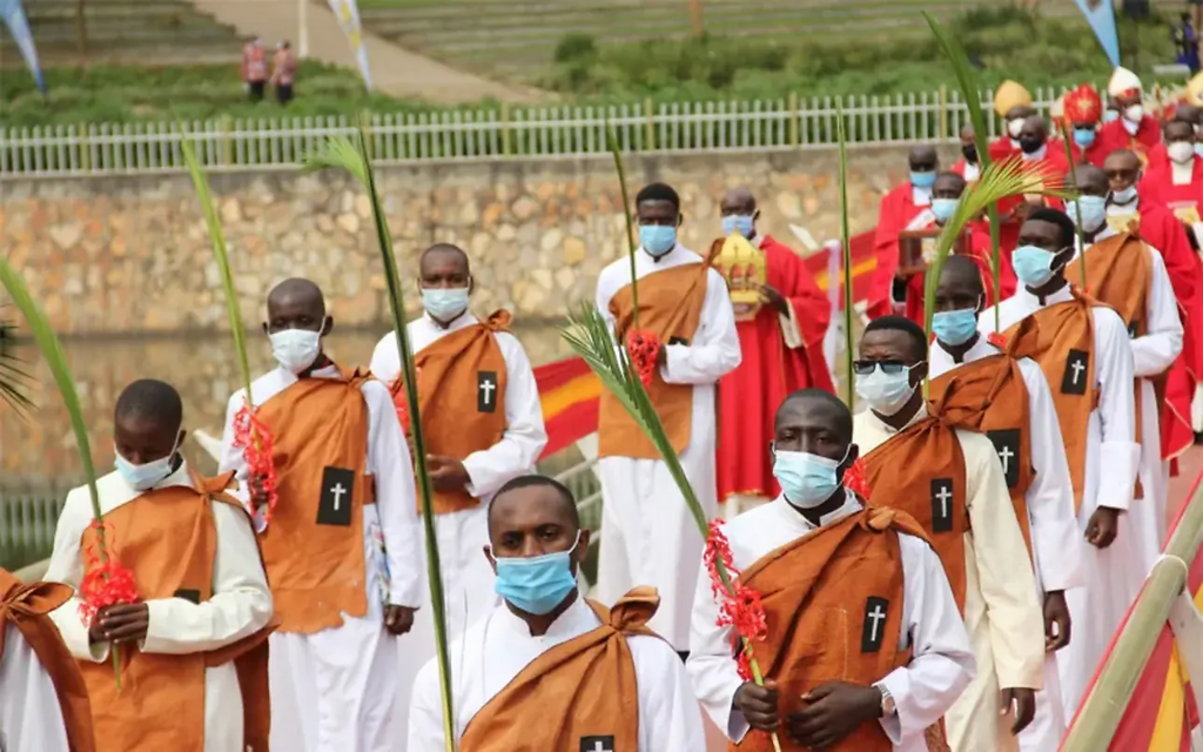 On 3rd June every year, Uganda commemorates the murder of 45 Christian martyrs who were brutally murdered between 1885 and 1887. 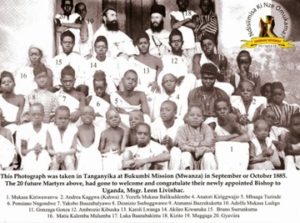 The 45 Uganda martyrs were executed between the years 1885 and 1887; 23 Anglicans and 22 catholic converts. The murder of these martyrs occurred partly in different places. Twenty-two catholic converts were murdered at Namugongo. The event has since inspired many Ugandans to formed a strong sense of faith which is partly attributed to the heroic acts recorded in the chronicles of Uganda martyrdom of the 45 Uganda natives.

Bishop Hunnington was the only foreign Uganda martyr to be murdered. The rest of the list is Buganda natives, most of whom were teens.

Two more Uganda martyrs were executed by the use of spears in Paimpol in the year 1918. The two were Daudi Okelo and Jildo Iowa.

Long before the 45 Uganda martyrs were killed, an estimate of  about 70 Muslims had been killed under the orders of Kabaka Mutesa I. Their murder came after several tales of strict observance of the Muslim laws prohibiting eating meat slaughtered by the uncircumcised. Kabaka Mutesa I was a Muslim. He became an Imam because of his love for the Muslim religion. He, however, feared circumcision, and this made his subordinates criticize him. The Muslim martyrs refused to eat meat slaughtered by uncircumcised Muslims and non-Muslims. These martyrs were accused of treason and were lynched at Namugongo.

Muslim martyrs were recognized during Iddi Amin reign after realizing martyr talks were based on Christians. A mosque was constructed near the Namugongo for the Muslim martyrs.

Who was the First Uganda Martyr to be killed?

Yususf Rugarama, Nuwa Serwanga and Makko Kakumba were the first Uganda martyrs. The execution of the three was done on 31 January 1885, just a year after Kabaka Mwanga the second had succeeded his father. Later on that year, Bishop Hannington, on returning to Uganda, was also murdered. 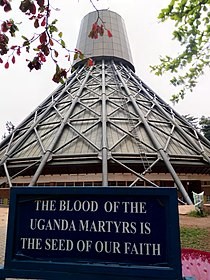 Why were the Uganda Martyrs killed?

The specific reasons for the murder of each martyr varies, thus they have created a considerable debate.
Some martyrs went missing when summoned by Kabaka. It has also been recorded that Kabaka executed Uganda Martyrs for lack of submission to his sexual advances. Something that depicted that Kabaka was a  gay. It was also recorded that subjects who denounced Christianity as their faith were spared from death.

Also Mwanga summoned the martyrs and asked for those who love to pray to stand on one side. Most of them being youths, stood aside and declared themselves as worshipers of the Christian religion. Their age bracket approximately ranged from 10 to 30. They were later executed. 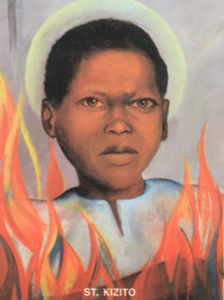 Source: ugandacroydoncatholiccommunity.org
Kizito was the youngest of the martyrs.   He was burned alive on the order of  King Mwanga II of Buganda on June 3rd, 1886 in Namugong.

How Uganda martyrs were killed

The Uganda martyrs were beheaded,  tortured, or burnt alive to death. The burning of martyrs began at Gombolola, Mengo, the place of the sacred fire, and ended at Nakiyanja, the site of execution. The holy fire never went off unless a king died and was reignited on the entry of another king. Ssenkole who was the deputy executioner managed the holy fire. He took ash of the killed to use it to protect the king from the dead spirits.

SSenkole would bring fire on the day of execution using reeds, though not up to the place of performance. The blood of the executed was not to be spilled at Nakiyanja. Family members were not allowed to bid farewell to their loved ones at Nakiyanja. Farewells were done at the present-day place, Kyaliwajjala.
The fire was ignited to each condemned while cursing them that disobedience to Kabaka and all Buganda spirits killed them.

“Its that fundamental belief, that I am my brothers keeper, I am my sisters keeper , that makes this country work. It is what allows us to pursue our individual dreams and yet still come together as one American family. E pluribus unum. Out of many, one.” Barrack Obama