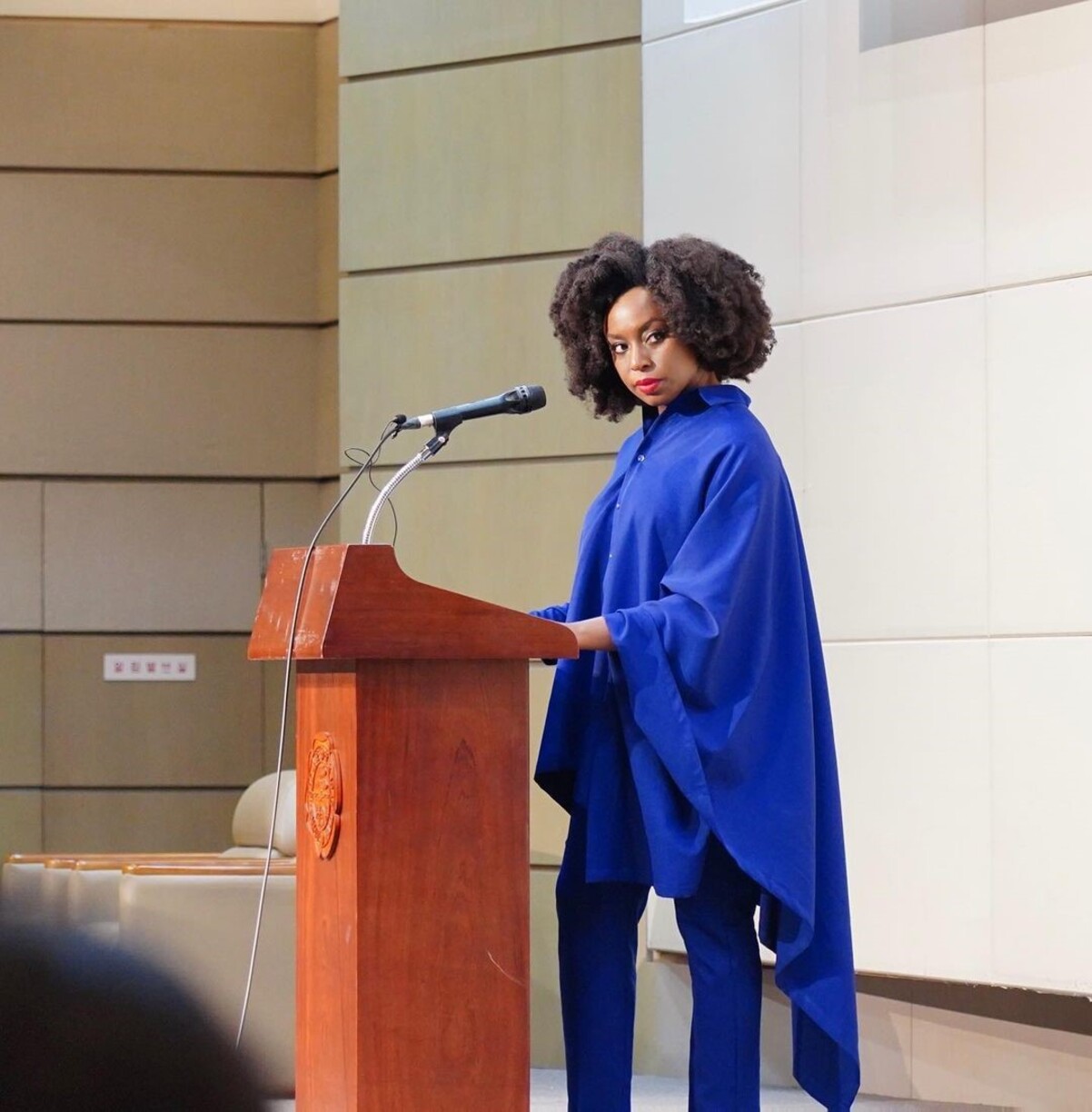 When looking for a woman renowned for her African portraying literatures, and her strong advocacy of feminism, Chimamanda Ngozi Adichie fits right in. Born on September 15, 1977, Chimamanda Ngozi Adichie is the fifth of six children. Her love for writing and arts is evident in her academic background. After studying Medicine and Pharmacy for one and a half years at the University of Nsukka, she proceeded to study Communications and Political Science at Drexel University, Pennsylvania in the United States of America. She finished her master’s degree in Creative Writing from John Hopkins University (2003).

Notable works of the Nigerian Writer include Purple Hibiscus, Half of a yellow Sun, Americanah, Dear Ijeawele, and We should All be Feminist. She is a recipient of fellowship awards such as MacArthur Fellowship in 2008, and Hodder Fellowship at Princeton University.

Adichie remains a huge inspiration to many people, as she boldly expresses her thoughts about gender, race and equality. Here are Top 30 Quotes of Chimamanda Ngozi Adichie.

On Being a Woman and Gender Equality

1. Never ever accept ‘because you are a woman’ as a reason for doing or not doing anything.

2. We teach girls to shrink themselves, to make themselves smaller. We say to girls: ‘You can have ambition, but not too much. You should aim to be successful, but not too successful. Otherwise, you will threaten the man.’ Because I am female, I am expected to aspire to marriage. I am expected to make my life choices, always keeping in mind that marriage is the most important. Now, marriage can be a source of joy and love and mutual support, but why do we teach girls to aspire to marriage and we don’t teach boys the same?

4. I am angry. We should all be angry. Anger has a long history of bringing about positive change.

5. I’ve always been the kind of person who thinks that men and women are equal, full stop.

6. Some people ask: ‘Why the word feminist? Why not just say you are a believer in human rights, or something like that?’ Because that would be dishonest. Feminism is, of course part of human rights in general—but to choose to use the vague expression of human rights is to deny the specific and particular problem of gender. It is a way of pretending that it was not women who have, for centuries, been excluded. It would be a way of denying that the problem of gender targets women.

7. Culture does not make people. People make culture. If it is true that the full humanity of women is not our culture, then we can and must make it our culture.

9. I have chosen to no longer be apologetic for my femaleness and my femininity. And I want to be respected in all of my femaleness because I deserve to be.

10. Masculinity is a hard, small cage and we put boys inside this cage.

11. The idea that sex is something a woman gives a man, and she loses something when she does that, which again for me is nonsense. I want us to raise girls differently where boys and girls start to see sexuality as something that they own, rather than something that a boy takes from a girl.

12. The only reason race matters is because of racism.

13. Racism should never have happened and so you don’t get a cookie for reducing it.

14. The manifestation of racism has changed but the language has not.

15. I recently spoke at a university where a student told me it was such a shame that Nigerian men were physical abusers like the father character in my novel. I told him that I had recently read a novel called American Psycho, and that it was a shame that young Americans were serial murderers.

16. If I were not African, I wonder whether it would be clear to me that Africa is a place where the people do not need limp gifts of fish but sturdy fishing rods and fair access to the pond. I wonder whether I would realize that while African nations have a failure of leadership, they also have dynamic people with agency and voices.

17. Please do not twist yourself into shapes to please. Don’t do it. If someone likes that version of you, that version of you that is false and holds back, then they actually just like that twisted shape, and not you. And the world is such a gloriously multifaceted, diverse place that there are people in the world who will like you, the

18. Minister to the world in a way that can change it. Minister radically in a real, active, practical, get your hands dirty way

19. I am a person who believes in asking questions, I am not conforming for the sake of conforming

20. Our histories cling to us. We are shaped by where we come from.

21. If you start thinking about being likable you are not going to tell your story honestly.

22. Your life belongs to you and you alone.

23. How can we resist exploitation if we don’t have the tools to understand exploitation?

24. There are people who dislike you because you do not dislike yourself.

26. There are some things that are so unforgivable that they make other things easily forgivable.

27. Why did people ask ‘What is it about?’ as if a novel had to be about only one thing.

28. Stories can break the dignity of a people but stories can also repair that broken dignity.

29. To choose to write is to reject silence.

30. I have been writing since I was old enough to spell; I have never considered not writing.