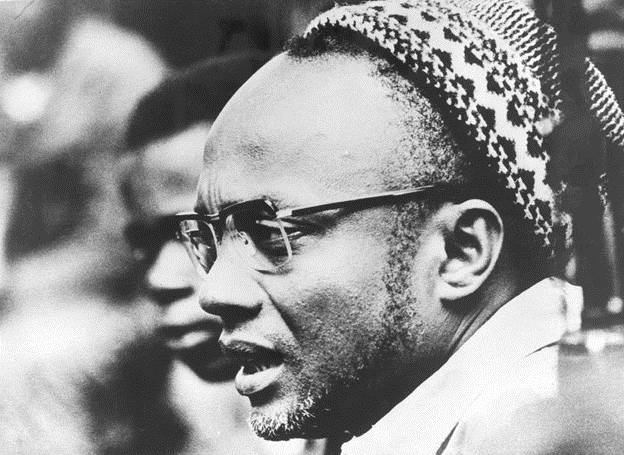 African history can not be complete without the sacrifice of great heroes of the African revolution.

African needed a revolution. Africans had to fight. They had to break chains of imperialism in which they were trapped.

Today, we remember the intelligent, fearless revolutionary leaders who have liberated Africa.

Here are Top 30 Heroes of the African revolution in no particular order.

Top 30 Heroes of the African revolution 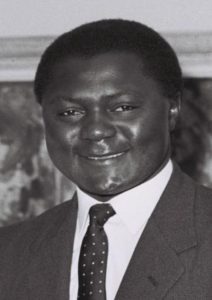 He was born in the year 1939 in western Kenya. Before serving as the minister of justice and constitutional affairs, he served as a trade unionist, pan Africanist, and one of the co-founding fathers of the state.

Mboya revolutionized Africa through the formation of and coordination of Africa trade unions. In addition, he introduced the airlift program in Kenya that helped needy students to access education from abroad. 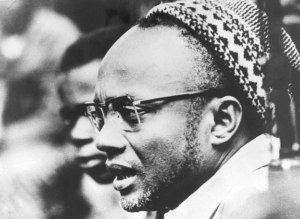 He was born in Guinea Bissau. Through his political achievements, he is considered one of the most successful revolutionary leaders that Africa ever had.

Cabral led in the fight for independence against the Portuguese colonial masters. With the vast knowledge he had obtained from missionary schools, he built camps in Ghana and taught his soldiers better farming practices.

This was aimed at increasing food production in the country and facilitating the struggle for independence.

Born in East Congo in a humble rooted background. He attended missionary schools. He was later enlightened in Marxism and Voltaire’s ideas. This led him to develop a composite African revolution ideology of African socialism. This helped in uniting Africans towards their independence in Congo. African socialism’s popularity led to his acceptance into the Congolese revolutionary party ” Mouvement national congolais”

Kuti is one of the most famous revolutionary leaders in Nigeria. He staged revolutions against neo-colonialism during the last quarter of the 20th century. He promoted public consciousness and recognized social injustices in his radical songs.

Although imprisoned frequently, He did not give up on his quest for justice. He died in 1997 under unclear circumstances.

He was born in Burkina Faso, the land of upright man He took over power in 1983 through a coup d’etat. He championed for change of his country’s policies, led in anti-imperialism, and nationalized land and minerals. In addition, he helped improve the health care systems and appointed females to political positions.

In 1952, He led the overthrow of the monarchy in Egypt and in 1954 assumed executive office after overthrowing the ruling president.

He greatly revolutionized the systems in Egypt through the nationalization of the Suez canal, signing peace treaties with Arab nations. His other strides include: curbing social injustices and advocating for anti-imperialism.

This is the founder member of Celtel telecommunication of Africa. He sold his company and set up an African foundation to promote better governance. He also advocated for healthy competition in Africa nations through a program known as the Mo index. The program would rank countries’ achievements and award them accordingly.

He was born in Ghana. He led his country to independence from 1957 to 1966. He advocated for a united Africa and helped in the Africa revolution through the formation of an organization- the African union. He helped the African union in drafting its objectives too.

He helped in the revolutionization of Africa through advocating for socialism too and teaching on the importance of peace. He created slogans for his country that enhanced peace i:e” Ujamaa”

Besides, he harbored groups from Zambia that were fighting for independence and provided them with necessities required in the pursuit of independence.

Born in 1935, in western South Africa. He discovered his calling to national politics at the leak of apartheid where he resolved to join the African national congress party. He consequently became a political activist and helped preach Black conscious politics. He later formed a writing group of journalists that rallied for inclusivity.

Ellen was the first great African female leader. She served as the 24th president of Liberia. She helped in the African revolution by fighting for social justice and fighting for equality among Liberians. In addition, she also helped bring steadiness back to Liberia after a series of civil wars.

He was a highly respected diplomat. He worked hard to promote peace throughout Africa and worked towards erasing social issues among Africans. He was elected as the 7th United Nations secretary-general and was awarded with the Nobel prize.

He led Kenya towards attaining its independence in 1963. He brought economic growth, promoted nationalization, peace and oversaw Kenya’s s subscription to the African Union. He also served as Kenya’s first president from 1963 to 1978.

He was a commander in Mozambique’s military, a politician, and an African revolutionary leader. He served as Mozambique’s president from 1975. He campaigned against colonization and led in staging protests against unequal pay that was being practiced.

Besides, He also staged FRELIMO, An African front, that helped in fighting for independence from the Portuguese.

He is another example who led in the frontline in advocacy of the African revolution through improved education and health facilities. He also fought Italians who had planned to colonize Ethiopia. He set up the Ethiopian airlines in the facilitation of trade within the country and improvement of living standards.

Ngugi was born in Kenya. He dropped his Christian name on the peak of calls to the African revolution. He used his artistic features to culminate criticism on neo-colonialism that had begun to develop in Kenya after independence.

He constantly wrote plays about capitalism and corruption that were growing tremendously.

His fierce criticism led to his exile to the united states where he continued criticizing the African governments and advocating for the African revolution.

Kenneth was born in northern Zambia in 1924. He helped in the revitalization of Africa through campaigns. He led in campaigns against the British federal plans to divide his country. Upon taking politics fully, He was imprisoned for subversive literature. Later he was released and chosen as United National Independence party’s leader that led to Zambia’s independence. Kenneth Kaunda also managed to visit Martin Luther King during his quest for revolution in Zambia.

He was born in Manjacaze, Mozambique in June 1920. He attended a missionary school despite his father’s stiff opposition. He also managed to attend the University of Lisbon that shaped his revolutionary tactics. Having spent some time in the United States, he came back to the inquest of Mozambique’s revolution. He brought up intellectual socialism and avoided radicalization at all costs. His tactics helped in the formation of FRELIMO that led Mozambique to independence.

She was the first elected Malagasy woman on the municipal council in 1956. She was also elected as a party leader in 1958. She is known for her efforts in the African revolution through a newspaper that she founded. The newspaper was entirely dedicated to advocating human rights. In addition, she dedicated her entire life to the liberation of Africans from colonial rule.

After receiving substantial education from China, Jonas spent his life fighting for the independence of his country. He formed resistance movements

( National Union for the total independence of Angola) which staged an independence war against Angola in 1966.

He organized his guerilla combats against the colonial forces that led to relinquishing of power.

He was born in Raban in 1910. He studied Local government administration in England which diversified his knowledge in governance. He was nominated to the regional house assembly upon his return. He helped in Africa’s revolution through the unification of people in Northern Nigeria and the formation of a political party ( Northern people’s congress) that would laterally in the quest for Nigeria’s independence.

He also fought for equality both politically and economically in all regions. His efforts in the modernization of traditional koranic education throughout northern Nigeria depict his revolutionary vision too.

Wole Soyinka helped Funmilayo Kuti in the formation of the Abeokuta Women’s Union that called for equality in the tax system. He continually criticized the government after the independence of Nigeria through his literary works. He was imprisoned for 22 months for speaking out against the civil war. Upon his release, he continued to promote political discourse around the needs of Nigerians and the prevailing corruption.

In addition, in 1986, he dedicated his Nobel prize of literature to Nelson Mandela showing his solidarity in the fight against imperialism.

In 1954, Ahmed along with other leaders organized and led several people in first armed confrontations. He advocated for equality and social democracy. They used guerilla warfare to curb the french colonialists in their quest for their independence. He also contributed to the African revolution through activism against rampant racial segregation. He successfully led Algeria to independence and became the first president of Algeria in 1963-1965.

She was an artist. Commonly known as Mama Africa. She participated in activist and anti-apartheid pan-African movements. Makeba critiqued the government through her songs, advocating for the end of segregation. She awoke the masses through her songs and motivated them to fight for their rights.

Cesaria was born in Cape Verde; she composed songs that called for a change in her country and other colonies. She encouraged resistance groups, revolution groups, and those in exile to keep pressing until their demands were met.

Funmilayo participated in pioneering African feminism and women empowerment in Nigeria during the colonial period. She is the founder of Nigeria’s women union. She participated in social activism and anti-colonialism fights. She organized tax strikes in 1953 and called an end to colonial rule.

This environmentalist was born in Kenya. She championed women’s rights and showed compassion and dedication to improving the livelihoods of disadvantaged groups. She is a perfect example of modern-day African revolutionists.

Chinua Achebe is one of the most celebrated Nigerian novelists. Through his literary work, he remained a resilient advocate for the African revolution as his books became a source of inspiration to many nations.