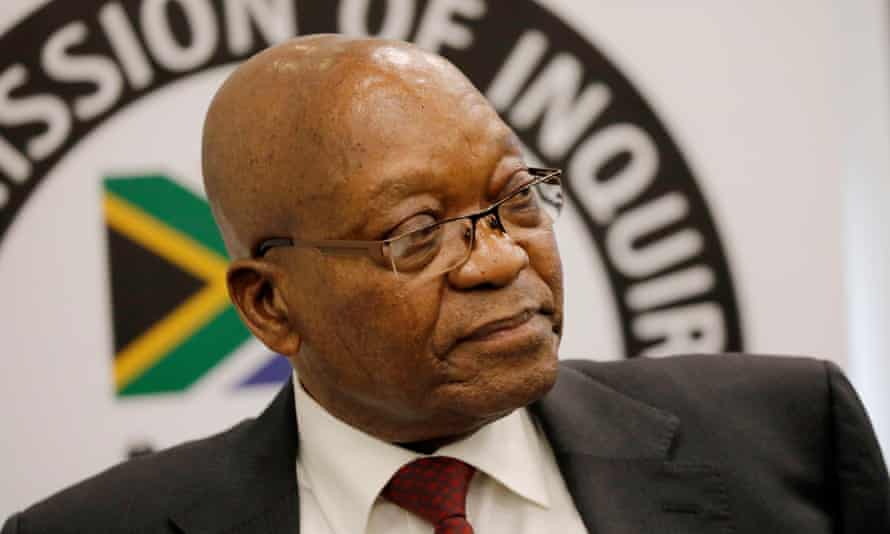 Jacob Zuma is a South African Politician, and anti-apartheid activist who served as the 4th Democratically elected President of South Africa from 2009 to 2018.

Born on April 12, 1942, Jacob Zuma lost his father who was Police officer when he was just five years of Age. He joined the African National Congress (ANC) in 1952 and became active in ANC military wing – Umkhonto we Sizwe (“Spear of the Nation”), in 1962.

1. Criminality is always the result of poverty. Countries that experience such a fundamental change as we have – we had the apartheid regime and must now develop a multicultural democracy – must necessarily pass through a phase of high crime rates.

2. African problems should have African solutions.

4. Me? Well, I don’t know, I must go to a dictionary and learn what a crook is. I’ve never been a crook.

5. What made Nelson Mandela great was precisely what made him human. We saw in him what we seek in ourselves.

6. Those who vote for the ANC will be blessed on earth and heaven

7. People tend to try to find something to talk about Zuma. My surname is very nice and simple. Very simple, so they like pronouncing it all the time

8. Even if you apply any kind of lotion and straighten your hair you will never be white

9. Same sex marriage is a disgrace to the nation and to God. When I was growing up, ‘homosexuals’ could not stand in front of me, I would knock him out

10. We’re not forcing people… you can support and be a supporter, but if you go beyond that and become a member, [and] if you’re a businessman, your business will multiply… Everything you touch will multiply. I’ve always said that a wise businessperson will support the ANC… because supporting the ANC means you’re investing very well in your business.

11. When I joined the ANC, I never thought I would be anything. In no way, did I say, ‘One day I could be the president. I think I am good material for the presidency.’ Not at all

12. God expects the ANC to rule this country because we are the only organisation which was blessed by pastors when it was formed. It is even blessed in Heaven. That is why we will rule until Jesus comes back. We should not allow anyone to govern our city [Cape Town] when we are ruling the country

13. You have fewer rights because you are a minority. Absolutely, that’s how democracy works

14. People are constantly applying double standards. Take the United States, for example. Washington wants the whole world to admire the country for its democracy. Then the government sends out its army, in the name of this democracy, and leaves behind the kind of chaos we see in Iraq.

16. We want to eradicate all mud schools. We are already doing so. We are not in a hurry because no one is going to rule but the ANC

17. Aid should shift to investment. This will help countries stand on their own.

19. It is wrong to leave the ANC, in fact, it is cold and rough outside the ANC. People must remain in the party and try to fix things internally because those who do leave they will attract the wrath of the ancestors, who will also bring that person bad luck

20. The Constitution is only there to regulate matters.