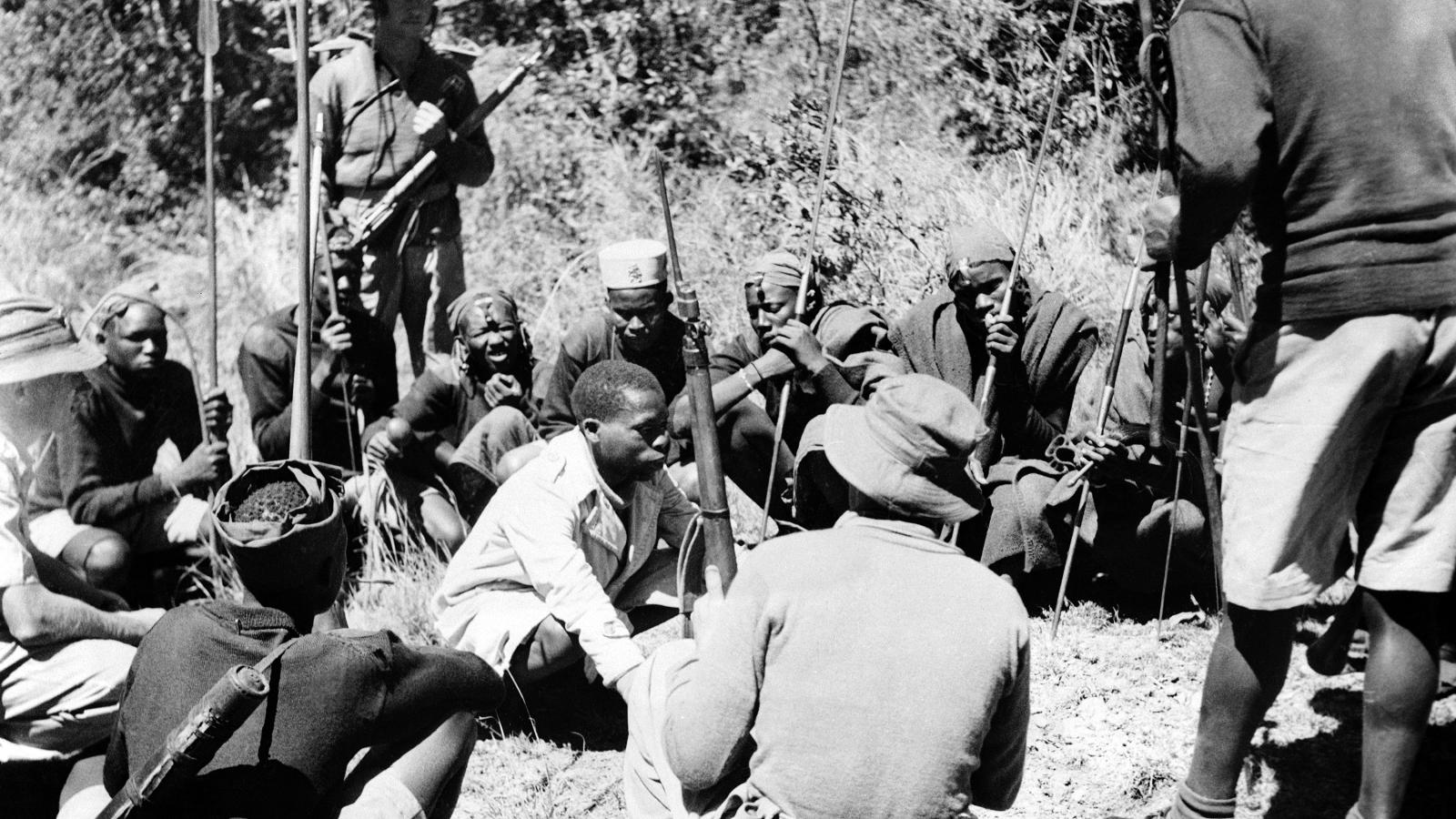 Africa’s long walk to freedom is not just a story that you hear and just forget. It is the pride of Africa that should be passed from one generation to another. The journey was not just a walk in the park, but a journey that involved fighting, blood pouring, loss of lives and injuries that left marks on the fighters’ body. Have you ever wondered who were involved in this fights ? May be you know African freedom fighters like Nelson Mandela of south Africa, Jomo Kenyatta of Kenya. But they question is, did they fight alone? Of course, no!! There were many African heroes who fought against the colonial rule but their sacrifices went unnoticed. Below, I have a list of 10 African freedom fighters who went unnoticed.

The Mau Mau fighters was a group of 40 men from central part of Kenya. Their aim was to reclaim their land and gain political freedom from the British colony. They moved and lived in forests where they started guerrilla warfare. They killed and robbed the British.
Up to date, they are still fighting a battle. A battle of poverty with no one acknowledging their sacrifices they made fighting the battle of freedom. They were Promised Land after independence, till now, no land for them. Every one suffers one betrayal in their lifetime and the MAU MAU fighters can really tell that story.

Every year South Africa celebrates freedom day on April 27. They will forever be remembered for their strength to overcome the apartheid era. Nelson Mandela is the first image for South African freedom. But there were people on the ground, through blood and sweat, fought for South African liberty.
Steve Biko was an anti-apartheid activist. He died in a police hospital. He was against the apartheid system and white rule in South Africa. Before he died, he was given a banning order that did not allow him to speak in public. He was then confined in William town in Eastern Cape Province. He formed movements that were to empower young black South Africans and inspire them to set themselves free from the chains of white governance.

Zimbabwe became independent in 1980. The late Robert Mugabe has since received the credit and has since being the hero of Zimbabwe. There were also other unsung heroes. And one of them is Ndabaningi. He was the founder of Zimbabwe African Union Party (ZANU). ZANU was formed in 1963 in opposition to Prime Minister Ian Smith. ZANU was later taken over by Robert Mugabe. In 1980 he was persecuted by Mugabe since he saw a political threat. He later died in 2000. After he died he was not recognized as hero.

She was an activist and the founder of Abeokuta Women’s Union which was used to protest colonial taxation. She also fought for women rights. She played a role in Nigerians independence and also women’s liberation and yet she is not in the list of Nigerians heroes.

Samuel Ghebhrehiwet joined the liberation army in 1982 at the age of 16 years. He trained in the Arag valley where he learned how to attack. Samuel Ghebhrehiwet fought many battles that put a stranglehold on the Ethiopian military’s movements, which later forced them out of Eritrea. In 1990, he joined cultural group which sang revolutionary songs and dramas to boost the confidence of their army. Later in 1991 Eritrea gained their independence and yes, Samuel took part in fighting for freedom.

James Mensah was married and was a father of 5. James Mensah is remembered for taking part in World War II in gold coast against the American racism. He was later killed by American air force major, Russel, McCormick.

Mariama Ba was married to a Senegalese politician and had 9 children. She was a writer and a political activist. She wrote about lack of opportunities for women and violence against them. Mariama Ba is known for changing laws and traditions that subjugate women of Senegalese society. She later died in 1981.