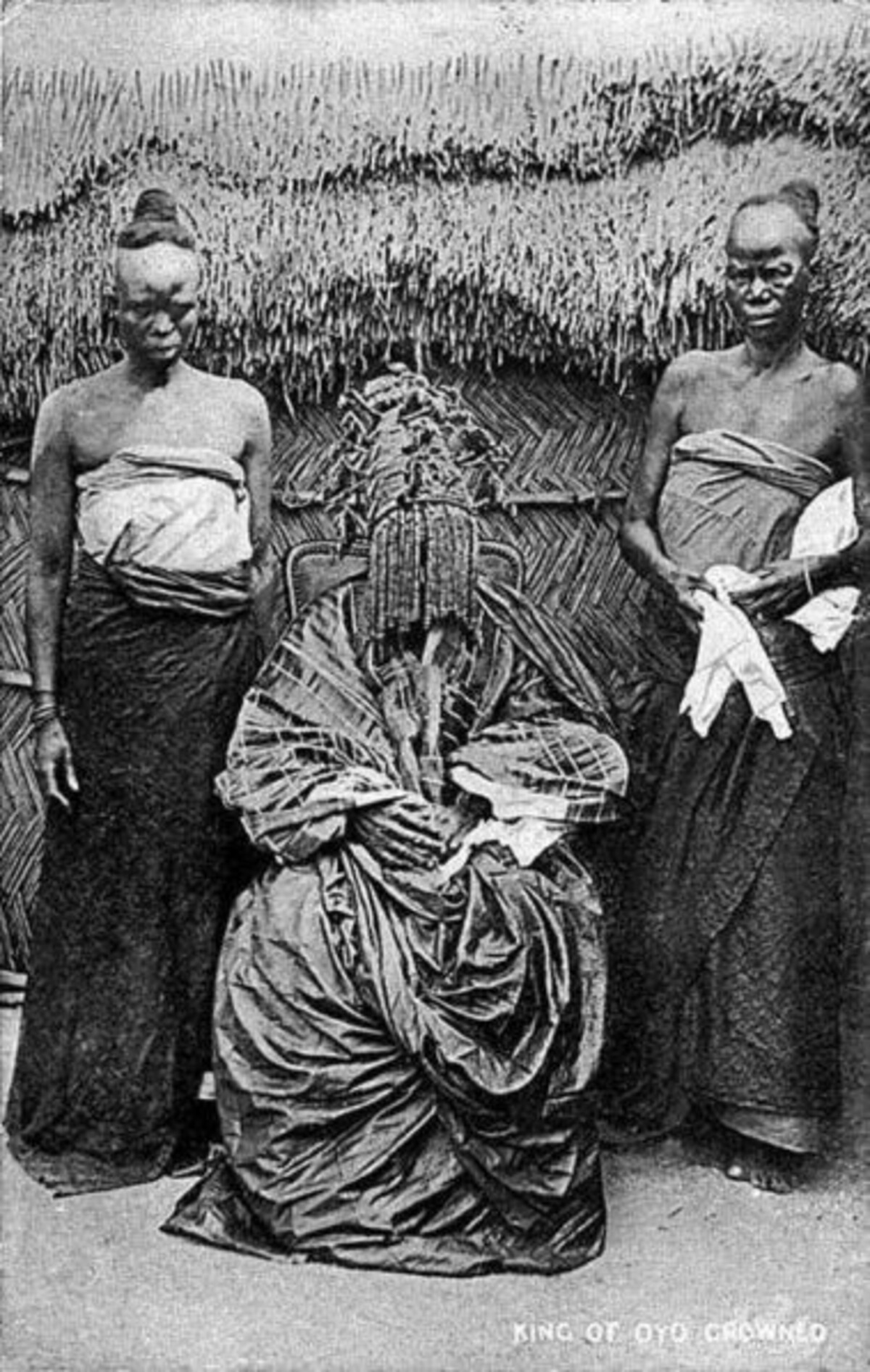 Oromopotoniyun was the first female Alaafin of Oyo who lead the Oyo empire between between 1554 to 1562, she was a skilled warrior and a symbol of hope to many women.

In the ancient Yoruba empire where gender discrimination was increasingly prevalent, Alaafin Oromopotoniyun rose to the occasion and became the first and only female Alaafin of Oyo, leading the Oyo empire between 1554 to 1562.

This gender issues spans from the poorest to the royal family, having a male child who will carry on the family’s name (Àrólé) or govern the affairs of the community in his father’s absence was always a contentious issue. An Àrólé is a male child, who is shouldered with the responsibility of carrying on the family heritage.

In the same vein, Àrólé in the Yoruba royal family is known as the Àrèmo. The Àrèmo is likely to be the next Alaafin of the Kingdom. However, the Yoruba people’s practices do not allow a female Àrólé who they allegedly believe is meant to remain under the protection of a male gender later in life when she grows up.

The Oyo Empire is one of West Africa’s most powerful empires, and Orompotoniyun who was the first female Alaafin of the empire was the daughter of Alaafin Ofinran and the granddaughter of Alaafin Onigbogi, both of whom ruled the Empire at their time.

After the death of her father, Prince Eguguoju (Orompoto’s brother) became the next in line to the throne and succeeded his father, according to the tradition. But Prince Eguguoju died young and Prince Ajiboyede and Prince Tella, her younger brothers, were too young to assume the throne at the time. As a result, Orompotoniyun (Orompoto) pronounced her position as Adilé (a person appointed to administer a community because the previous monarch died, was absent, or was incapacitated) to ascend to the throne. The council of chiefs objected to this decision because the kingdom had never had a female ruler before.

The chiefs and local leaders had begun making plans for who would be crowned as the Oyo Empire’s next ruler. Orompoto became more adamant with each plan they devised, insisting that she was the dynasty’s only link and that she had to sit on the throne. Princess Orompoto approached the chiefs to discuss plans for her coronation in an attempt to defend her family’s rights but received the same cruel response. She then demanded to show the elders and chiefs that she was a man, as this was the only thing standing in the way of her coronation. The chiefs decided that ridiculing her would be fun, so they challenged her to prove her masculinity by stripping naked at the palace in seven days.

After this meeting, Princess Orompoto began to wear male clothing, and on D-day, she came to the palace yard and removed her cap, revealing her short hair. She even went so far as to show her chest, but the elders were unimpressed.

According to oral history, when she finally removed her trousers, the chiefs not only saw a penis but also a pendulous scrotum sack with two scrotum eggs in it. Everyone prostrated at her feet that very minute, and she was enthroned as Alaafin Orompotoniyun. Orompoto became Alaafin of Oyo at that very moment. Orompoto was the ruler of the Oyo Empire between the years 1554 and 1562. Orompotoniyun became known as Àjiun, the custodian of the vagina that kills evil plots.

Orompoto was well-known for her use of horses in military battles, and she may have obtained them from Borgu in 1557 (a region in northwest Nigeria). Orompoto was an expert horse rider who established a specialized order of cavalry officers within her army. The cavalry was a force to be reckoned with in Oyo’s various wars.

She devised a brilliant strategy for attacking enemies, placing foot soldiers in front and cavalrymen behind. Broad leaves were tied to the tails of the horses so that when they went fighting, the leaves swept the ground behind them, covering the trails of the horses and men on foot.

Orompoto, a skilled warrior in herself, made a name for herself at the Battle of Illayi. She died in battle, making her the only one among the 40 Alaafin (39 men) who died in battle. She was hit by a slew of arrows and opened her mouth, exposing her teeth as if she were smiling broadly. The enemies fled the field because they thought she was still alive, making a mocking gesture, and they were overwhelmed by their inability to defeat Oyo. They then left the battlefield, and the Oyo claimed victory later.