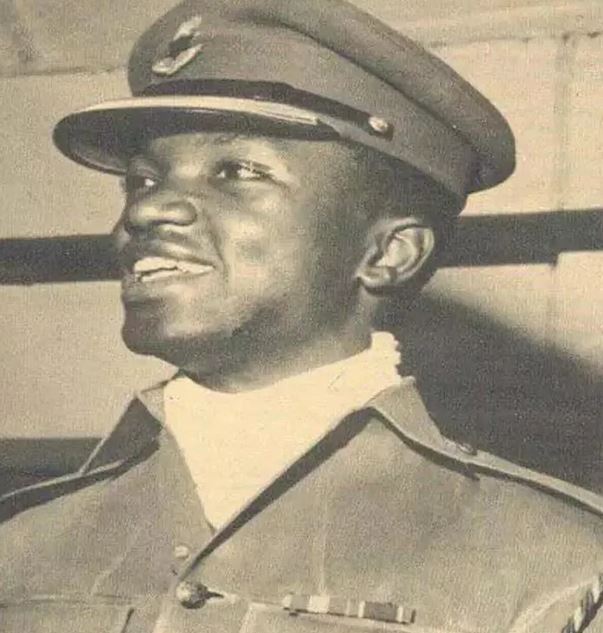 He played a key role in the 1966 coup d’état which leads to the death of Abubakar Balewa and many others.

This speech was a Radio broadcast by Major Chukwuma Kaduna Nzeogwu on January 15, 1966.

“In the name of the Supreme Council of the Revolution of the Nigerian Armed Forces, I declare martial law over the Northern Provinces of Nigeria. The Constitution is suspended and the regional government and elected assemblies are hereby dissolved. All political, cultural, tribal, and trade union activities, together with all demonstrations and unauthorized gatherings, excluding religious worship, are banned until further notice.

The aim of the Revolutionary Council is to establish a strong united and prosperous nation, free from corruption and internal strife. Our method of achieving this is strictly military but we have no doubt that every Nigerian will give us maximum cooperation by assisting the regime and not disturbing the peace during the slight changes that are taking place. I am to assure all foreigners living and working in this part of Nigeria that their rights will continue to be respected. All treaty obligations previously entered into with any foreign nation will be respected and we hope that such nations will respect our country’s territorial integrity and will avoid taking sides with enemies of the revolution and enemies of the people.

My dear countrymen, you will hear, and probably see a lot being done by certain bodies charged by the Supreme Council with the duties of national integration, supreme justice, general security, and property recovery. As an interim measure all permanent secretaries, corporation chairmen, and senior heads of departments are allowed to make decisions until the new organs are functioning, so long as such decisions are not contrary to the aims and wishes of the Supreme Council. No Minister or Parliamentary Secretary possesses administrative or other forms of control over any Ministry, even if they are not considered too dangerous to be arrested.

This is not a time for long speech-making and so let me acquaint you with ten proclamations in the Extraordinary Orders of the Day which the Supreme Council has promulgated. These will be modified as the situation improves.
You are hereby warned that looting, arson, homosexuality, rape, embezzlement, bribery or corruption, obstruction of the revolution, sabotage, subversion, false alarms, and assistance to foreign invaders, are all offenses punishable by death sentence. Demonstrations and unauthorized assembly, non-cooperation with revolutionary troops are punishable in grave manner up to death.

This is the end of the Extraordinary Order of the Day which you will soon begin to see displayed in public. My dear countrymen, no citizen should have anything to fear, so long as that citizen is law-abiding and if that citizen has religiously obeyed the native laws of the country and those set down in every heart and conscience since 1st October 1960.

Our enemies are the political profiteers, the swindlers, the men in high and low places that seek bribes and demand 10 percent; those that seek to keep the country divided permanently so that they can remain in office as ministers or VIPs at least, the tribalists, the nepotists, those that make the country look big for nothing before international circles, those that have corrupted our society and put the Nigerian political calendar back by their words and deeds.

Like good soldiers we are not promising anything miraculous or spectacular. But what we do promise every law-abiding citizen is freedom from fear and all forms of oppression, freedom from general inefficiency and freedom to live and strive in every field of human endeavour, both nationally and internationally. We promise that you will no more be ashamed to say that you are a Nigerian.

I leave you with a message of good wishes and ask for your support at all times, so that our land, watered by the Niger and Benue, between the sandy wastes and gulf of guinea, washed in salt by the mighty Atlantic, shall not detract Nigeria from gaining sway in any great aspect of international endeavour. My dear countrymen, this is the end of this speech. I wish you all good luck and I hope you will cooperate to the fullest in this job which we have set for ourselves of establishing a prosperous nation and achieving solidarity.”