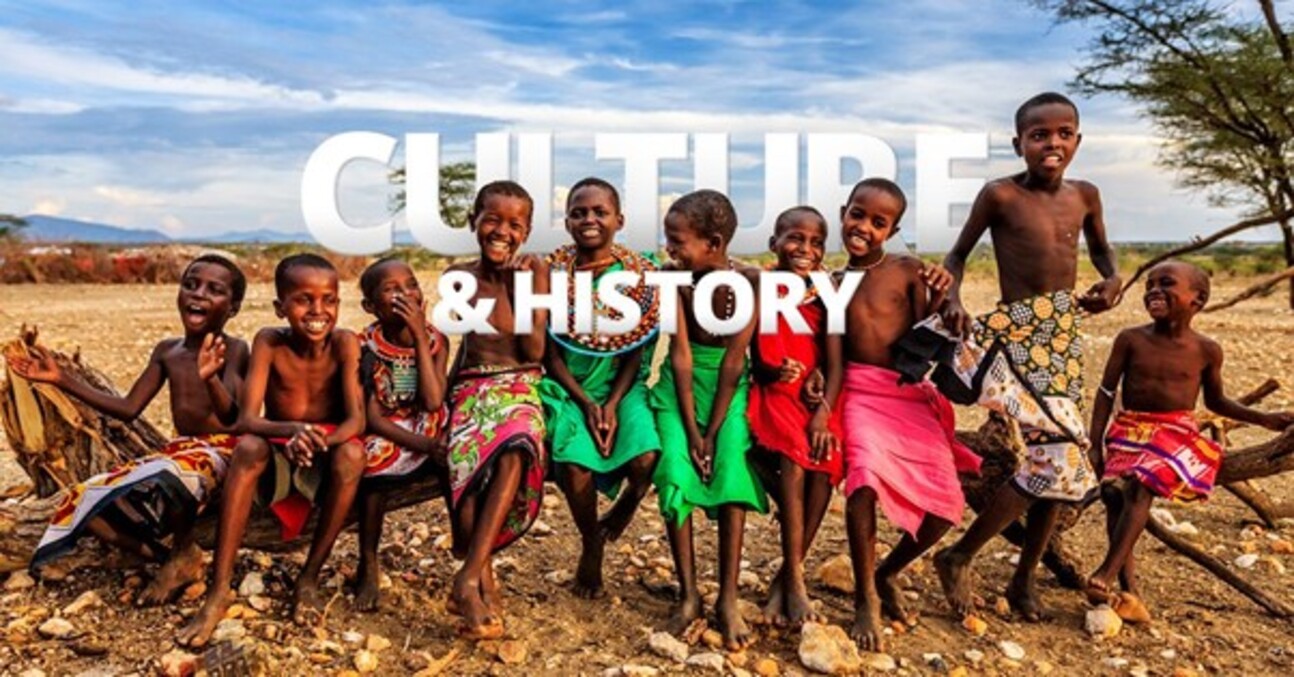 What do you know about the Origin of African Culture?

“Africa changes you forever, like nowhere on earth. Once you have been there, you will never be the same. But how do you begin to describe its magic to someone who has never felt it? How can you explain the fascination of this vast, dusty continent, whose oldest roads are elephant paths? Could it be because Africa is the place of all our beginnings, the cradle of mankind, where our species first stood upright on the savannahs of long ago?”- Brain Jackman

Ever wondered about the origins of African culture? Breathtakingly alluring and confused by many Westerners as one big country, Africa, the cradle of mankind, defies generalization- it is home to 54 countries with countless unique cultures, languages, religious practices, landscapes, and over 3000 diverse tribes. Yet this beautiful continent is unified by one common tenor- its roots.

Culture, by and large, is defined as a collaboration of peculiarities belonging to a certain group of people including customs, laws, and moral beliefs. The late Kenyan activist, Wangari Maathai put it this way, “Culture is coded wisdom…wisdom that has been accumulated for thousands of years and generations. Some of that wisdom is coded in our ceremonies, it is coded in our values, it is coded in our songs, in our dances, in our plays.” One cannot talk about culture without mentioning Africa.

In this article, we are going to delve into 2 aspects of the origin of African culture.

The Origin of  African culture

Boasting myriad ethnic indigenes, all with varying qualities such as language, food, greetings, and arts, African people share some cultural traits which, put together, form a distinct African culture from the rest of the world. These traits include things such as social values, religion, and morals. Africans express culture differently and uniquely across individual African countries and the continent at large. Despite the diversity of African cultures, there are also some similarities which, though expressed differently in different tribes and ethnicities across the continent, unify the African culture, from the love and respect for the culture to the robust respect for the elderly and higher-ups in society, like kings and chiefs.

Language Origins of the African Culture

The Bantu Expansion which took place between 1,500-5,000 years ago saw the migration of Bantu speakers from what is now Central Africa to current Sub-Saharan Africa. From the melodic tongue clicks of the Nguni people to the whistling talking sounds of the Bantu-descended tribes, many of the languages which are spoken across Southern Africa have some likeness, indicating a similar background in culture of their original speakers. Swahili, a native language to the Bantu group and the most spoken language on the continent contains borrowed words from Arabic and Persian tongues. The Bantu also settled as far south as what we know to be Angola and the DRC. The Kanem-Bornu Empire (now Chad) was also established around this time, flourishing and setting the stage for future great states in the Sahel region of Africa. This migration and displacement gave rise to different languages and religions being formed across the continent. Today, there are over 2,000 known languages spoken in Africa, with Nigeria being home to over 500 of these languages!

Religious Origins of the African Culture

Though African traditional religion was practiced consistently throughout Africa, the ancient Swahili people were believed to have had sustained interactions with Muslim merchants beginning in the late 7th and early 8th century AD. Muslim Arabs also conquered northern Africa from the Red Sea to the Atlantic around this time. Throughout North Africa, Christianity which had arrived in that part of the continent in the 2nd century AD nearly disappeared, except in Egypt where the Coptic Church retained its hold partly due to the influence of Ethiopia. From then on, Islamic religious and cultural influence replaced that of Christianity across much of the northern part of Africa, while Christianity found its way to Sub-Saharan Africa. Islamic influence spread slowly to the south toward Sub-Saharan kingdoms like the Songhai Empire (Western Sahel/Sudan) although it didn’t infiltrate the Benin Empire or the civilizations in the forest belt south of the savannah. This greatly influenced the uptake of the Islamic religion in Africa, becoming the most dominant religion across the continent. African traditional religion is still practiced across the continent to this day.

When we talk about the origins of the African culture, we cannot negate the part that colonialism played. The colonization of African countries brought with it some adaptation to Western values and ideals which have led many Africans to say, “We have lost our values” or to ponder the origins of African culture. Chinua Achebe alludes to this in his book ‘Things Fall Apart’ as we see the changes that came about through colonization. However, the fortitude throughout the evolution of Africa and her people is reason enough to believe that the values that formed part of the original African culture will continue to remain intact for generations to come.