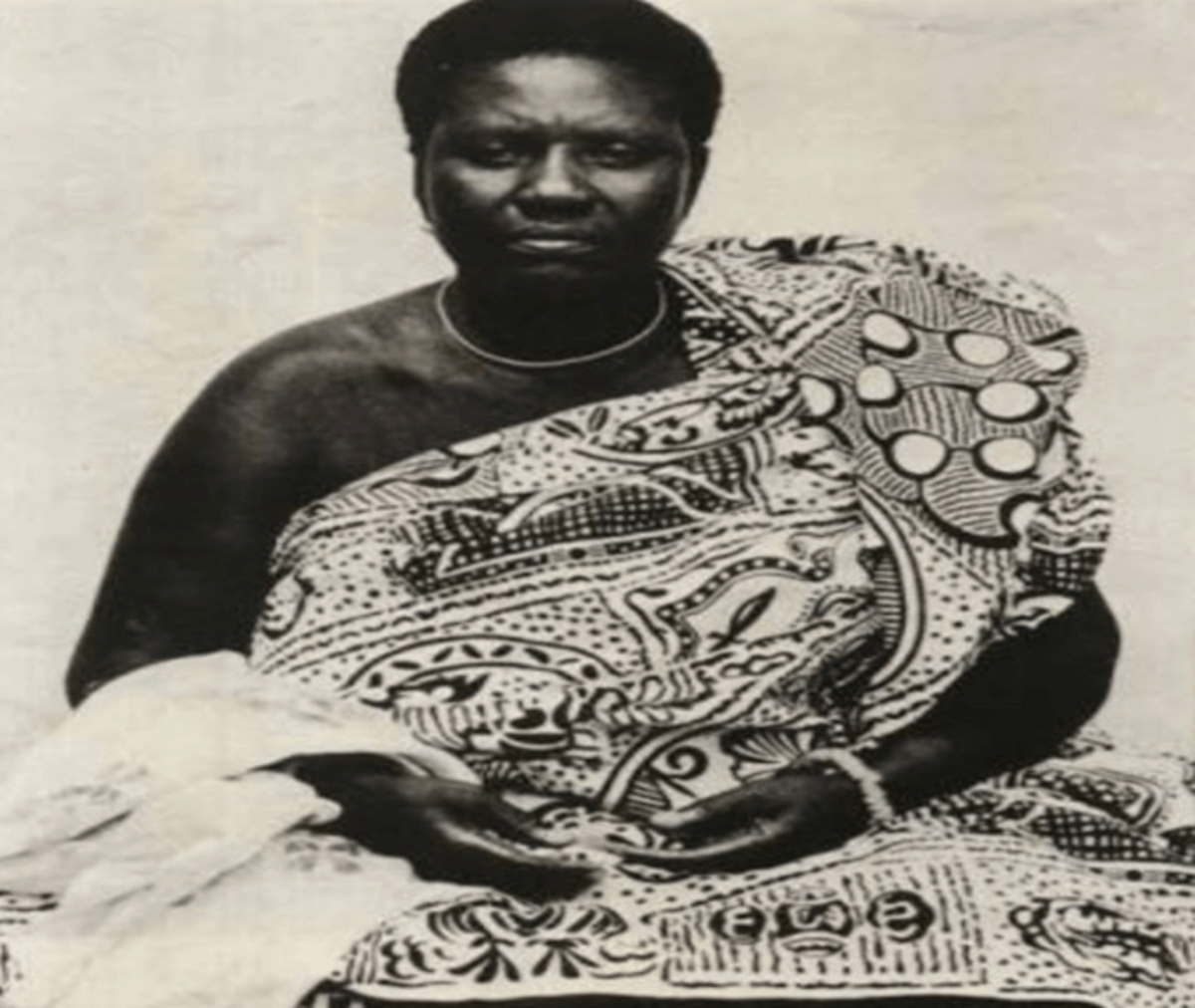 In this article, you will learn about the inspiring story of Efunsetan Aniwura, a very powerful woman and entrepreneur who rose to the top in all spheres of her life despite raging gender discrimination at the time.

More so, I’ll also show you how you can benefit from some strategic decisions she made in her lifetime.

Who is Efunsetan Aniwura? 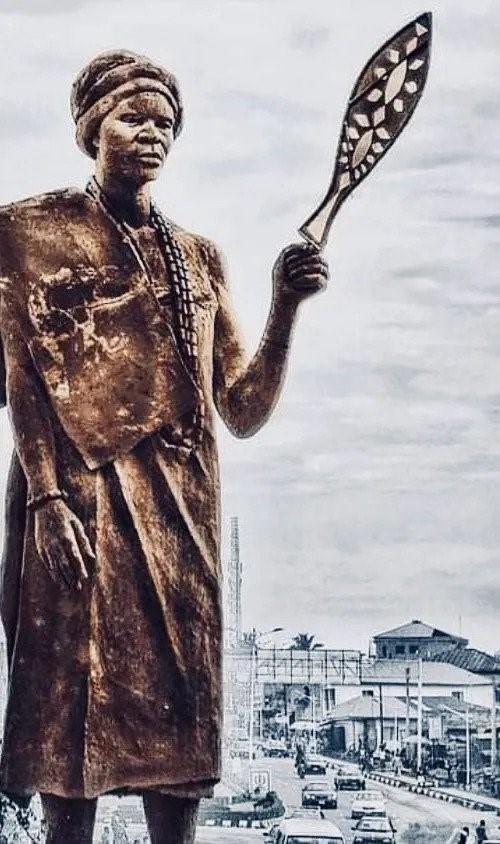 Efunsetan Aniwura was born in the 1790s in Ikija-Egba (present-day Abeokuta) to Chief and Mrs Ogunrin. She was the daughter of Ogunrin, an Egba farmer from Egba Oke-Ona. Her mother, a petty trader, always took her to the market to sell her wares. This was said to be the seed of her entrepreneurial ability. She rose to become Ibadan’s Iyalode.

Despite the fact that Efunsetan Aniwura had many sad and unfortunate events in her life, she never let them define her. Efunsetan, for example, lost her parents when she was a child. Efunsetan was married multiple times and had only one child (a girl) in 1860, who died in childbirth when she (Efunsetan) was between the ages of 19 and 22. She was unable to conceive after that. She later adopted a son, Kumuyilo.

Efunsetan Aniwura’s difficulty in child-bearing caused her to be not only diligent in her trade, but also emotionally unstable, because having a successor was seen as an important determinant of living standards at the time. As a result, she was frequently depressed, which was reflected in her leadership style. She established rules to ensure that no slave in her household could become pregnant or cause anyone else to become pregnant, and she initiated killing as the punishment for defaulters.

Efunsetan Aniwura was the most courageous, powerful, and wealthy Iyalode to rule Yoruba land.  It was not stated whether she did belong to any occult groups such as the ifa, Osun, witches, and so on, but she possessed unusual powers that were mostly associated with witchcraft. Her excellence was unique and could not be matched during her reign. Efunsetan was a businesswoman who toured the country, buying and selling goods such as bitter kola, kola nut, cocoa, and so on. She was famous throughout the Hausa and western states. Efunsetan was among the first women to run business with white men. Her influence spread across politics, religion, the military, and the people’s financial lives. It also aided Ibadan’s civilization.

Efunsetan Aniwura decided to relocate to Ibadan. Efunsetan Aniwura’s decision was primarily motivated by two factors: One, her cousin was a powerful ruler in the city at the time. Second, due to the enterprising nature of the town at the time in comparison to other locations, she could set up a successful business there.

Efunsetan Aniwura was also a notable farmer and producer of food crops, according to oral evidence. She employed approximately 2,000 slaves on her farms, which exported farm produce to Benin, Badagry, and Ikorodu. She also created a local cosmetic product called Kijipa, which was shipped to America for use. She sold weapons and ammunition, but her main businesses were tobacco and slave trading.

Efunsetan had her warriors trained like the kings’ and released them to fight for her people. Concerned about the spread of war and combat in the Yoruba region, she adopted infantry military training to her workers around 1850. She was said to have received her own combat training in urban and guerrilla warfare, after which she requested that her slaves receive the same training.

By the 1860s, Efunsetan Aniwura was made the second Iyalode of Ibadan and also the patron of the Anglican Church of Ibadan for her involvement in strengthening Christianity in the region.

Unfortunately, Aare Ona Kakanfo Latoosa dismissed her as Iyalode of Ibadan on May 1, 1874, due to politically motivated accusations. She was fined, and she paid all of the fines imposed on her. Latoosa was still not satisfied with her because the community and the high chiefs placed her in high esteem. She also had a political viewpoint against Aare Latoosa. Aniwura’s wealth and power made Latoosa feel threatened. It prompted Aare Ona Kakanfo Latoosa to plot her execution.

There are two different versions of her death. According to one account, Aare Latosa led a large infantry army to her house, and instead of being defeated, she committed suicide by drinking the Hemlock.  Her army was divided and loyalty was fractured at this time due to the death order of some of her workers for acting hostile to her authority.

According to the other story, Kumuyilo was bribed by Latoosa to poison her, but the attack was carried out in the middle of the night by two of her slaves who managed to sneak into her residence through the ceiling.

On July 10, 1874, the two slaves were brought before the Ibadan traditional court. They were killed right in the middle of the Basorun market. After her forced death, Ibadan’s military rulers gave Efunsetan a proper burial with full military honors.

1. Learn a skill that will allow you to be self-sufficient as an individual, especially as a woman. So many ladies in this generation have been overruled simply because they are solely on the dictating party and have no choice.

The seeds of Efunsetan Aniwura’s entrepreneurial abilities were sown while she was accompanying her mother to the market. This ability paved the way for her to acquire possessions and served as a threat to people who would normally shut her up if she said she was reliant on them for survival.

2. Always exercise extreme caution. Those you believe you can rely on or your closest friends could be your worst enemies.

Who would have thought Kumuyilo would be the one to blame for her mother’s death? Efunsetan raised him in luxury and trained him as she would a daughter, but she was eventually betrayed.

We should be cautious of those we associate with, regardless of bloodline.

3. Another thing we can take away from Efunsetan’s story is that our lives should not be defined by our experiences. We should learn to be kind to others no matter what we are going through. Efunsaten let her experience control her. As a result, a cruel verdict was passed on an innocent pregnant maid. According to the other account of her death, the act itself caused her soldiers to think ill of her and plot against her.

What is the meaning of Efunsetan?

Ẹfun is a god name (Orisha), while Setan- means ” has perfected things”

Why did Aare Ona Kakanfo Ordered Efunsetan to be Brought to Justice?

She forbade her 2000 employees from marrying or having sex, and she forbade the girls from having children. One of the employees was found to have broken the law. She sentenced the woman to death. There is no doubt that she carried out inhuman execution orders, but this pales in comparison to her exemplary contributions to the Yoruba economy. As a result of this act, the Aare ordered that she should be brought to justice. It is believed that her persecutors simply waited for her to commit a heinous act as an opportunity to exact revenge on her perceived emergence as a powerful and influential woman.

What Does Iyalode Mean in Yoruba?

Iyalode is a chieftaincy title given to women in Yorubaland. The Iyalode is traditionally given to the most prominent and distinguished lady in or from the town and represents the “queens of ladies.”