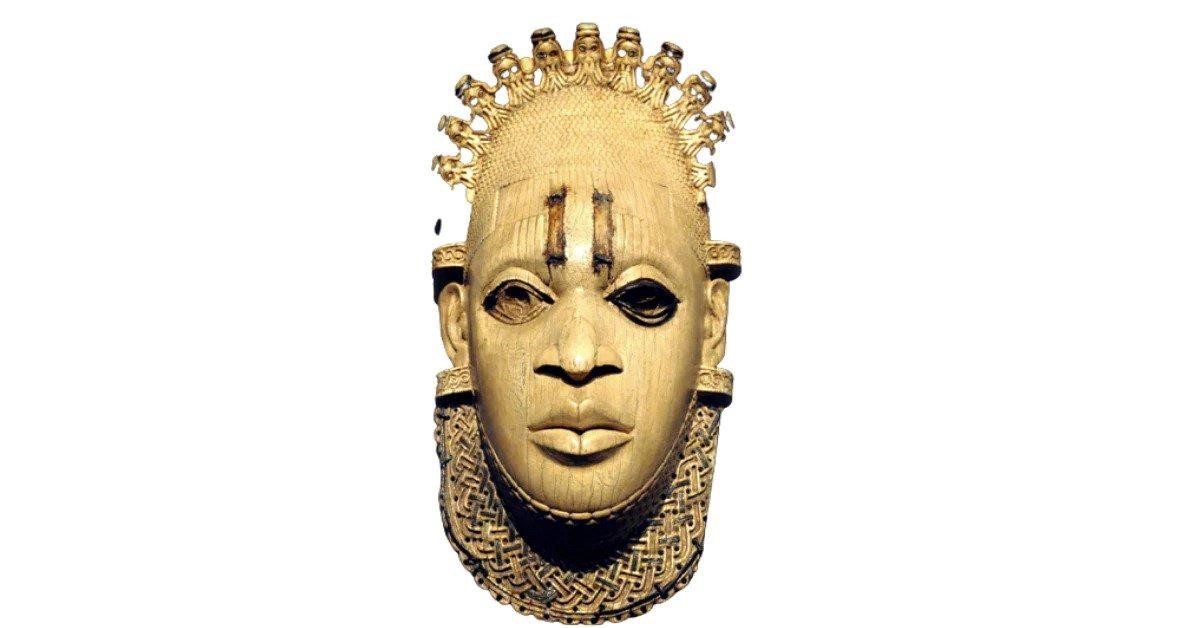 Do you know that the first significant battle in Africa was fought by a great woman disguised as a man? Yes! Queen Idia was her name. She was a great woman of virtue who wanted the best for her son and was willing to go to any length to certify his victory in every way. She was able to bring her son to the throne and fight significant battles thanks to her knowledge of magic and medicine.

Queen Idia was born in Uzeghudu (modern-day Edo State) and was married to Ozolua, Benin’s 15th Oba. In 1504, she had only one son for Oba Ozolua, Prince Osawe, also known as Esigie.

Oba Ozolua died and was defied in the mid-15th Century, leaving the Kingdom with two contenders for the throne, Iduhor, and Esigie. Ohonmin, the King’s first wife, gave birth to Idubor (A.k.a. Arhuaran) a few hours before Idia gave birth to Osawe (Esigie). However, because Idubor did not cry immediately after birth, Esigie, who did, was reported to the King first. By the time Idubor cried, the King had completed Osawe’s proclamation as the first son.

Growing up, Idubor was bitter and angry about his treatment. He repeatedly asked his mother if his father was his true father and if he was so cruel as to take away his birthright in such an abusive manner.

According to Benin tradition, the first son will be the Oba. But, since his birth and the events surrounding his birth, Idia raised Esigie to be the heir to the throne. While Idubor was sent to Europe to receive education and learn much more about the ways of the white men, Esigie remained at home, clinging to his mother’s wisdom and learnings. No one in the palace recognized Idubor when he returned from Europe.

Meanwhile, Esigie appeared huge and fierce and had become the head of his father’s court. His knowledge of magic and herbs, as well as his connections with royal officers and the Oba’s army, had earned him a place on the throne.

Idubor refused to be submissive to his brother, Esigie. Initially, he attempted to establish Udo as the capital of the Benin kingdom with himself as King. Esigie objected to him proclaiming himself King, but Idubor remained deafeningly silent. It sparked a major feud between him and his brother.

Each of the brothers summoned a small army capable of defeating any domestic uprising. As the late Oba’s wife and even the queen mother of the next Oba, Idia made physical and spiritual moves to have Esigie as the Oba. She assisted Esigie in rallying an army around him. He conquered Idubor, and Esigie became Benin’s 16th king.

With his mother by his side, Esigie grew into a very powerful Oba over time. She guards and advises her son on the best ways to develop and enhance the great Benin Kingdom. Queen Idia, a patron of the arts, was answerable for many inventions still present in Benin’s cultural history. The famous Idah battle of 1515 could not have been won unless Queen Idia, clothed as a man, fought alongside her son and won the battle for him. Not to mention that she saved her son from the numerous assassination attempts.

After his defeat, Iduhor committed suicide by drowning in the Udo lake according to reports. Before jumping into the lagoon, he left his necklace dangling from a tree branch, the valuable bead necklace symbol of power in Benin land. Just the Oba could possess such trophies of dead or captured rulers and nobles, so Esigie decided to try on his neck for size in his excitement over his victory. He became mentally trapped as soon as he put on the necklace around his neck. He was rushed back to Benin in that hopeless state after removing the chain from his neck.

His mother, Queen Idia, immediately found a Yoruba Babalawo (mystic) in the riverine area at Ugbo/Ilaje and brought him to Benin to treat the King’s spiritual illness. He cured the Oba’s illness, and the Queen rewarded him by making him dwell permanently in Benin to continue his services. He settled in Ogbelaka quarters, where his successors have flourished to this day.

The Modification of an Ancient Benin Custom

According to ancient tradition, if an Oba is declared, his mother must be killed because she is a potential danger to the future King and throne. The cultural death warrant against Esigie’s mother remained in effect after he became Oba. It was the predicament Queen Idia found herself in following the death of Oba Ozolua. The grave had already been dug, and her chance to visit her ancestors’ homeland was drawing near.

Esigie sought the assistance of his friend, Omoregie Ero, Benin’s 17th Ero. In 1504 he assisted Esigie in preserving Idia, the Oba’s mother. Omoregie Ero had one secret groove called Aro-Osun at Idumwum-Oro in Uselu. He kept Idia, Esigie’s mother, there for a long time. Simultaneously, Oba Esigie fought to end the evil custom of killing Oba’s mother.

The Death of Queen Idia and Her Legacy

Queen Idia died in 1550, leaving Esigie devastated, but not without the support of Elaba, Esigie’s favourite wife, whom she had exceptionally trained to fill her place. Esigie commissioned the palace’s royal carvers to carve a figure in honour of the woman who was not just a mother but a war general, a priestess, an advisor, and an arts and culture patron.

Queen Idia is brilliantly captured in the renowned Ivory mask, which served as the logo for the 2nd World Black and African Feast of Arts and Culture (FESTAC) in Lagos State, Nigeria, in 1977. The exquisite masterpiece of the mask attests to the Benin people’s high standard of living and superior level of civilization before colonisation.