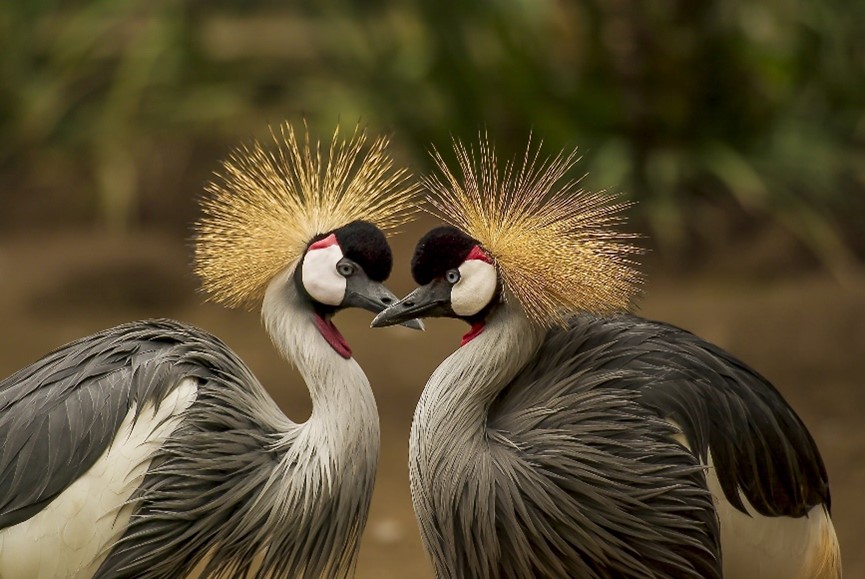 When we think of the African animals, our minds only think of lions, crocks and rhinos. These animals are found across the world but there are native African  species that cannot be found anywhere else because they simply cannot survive. Every place is home to breathing animals that are unique to that place. Here are some Native African Animals species that are unique to the African continent.

Found in Namibia, Zambia and East Arica, it is found in the dry grasslands and cannot be seen in dense forests or elsewhere. It is different from other mongooses due to its comparatively smaller size. It feeds on insects like termites and grasshoppers and is capable of feasting on rodents and snakes. They spend most of their time together in groups from two to thirty. They are a very social animal and divide responsibility among members of protecting their territory and raising pups.

African wild dog are poles apart from domestic dog. Among other things, it has unique four-toed paws. They are mainly found in plains, bush forests, woodlands and semi-arid lands. Like most canines, they are a social animal and hunt their prey in a pack. They protect their young litter and fight for territory with rival animals like hyenas. Although they span over such a large habitat, they are an endangered species due to poaching and loss of habitat and natural competition with lions that kill wild dogs.

The grey crowned crane has striking vivid colors and what separates it from other cranes is its yellow feathered crown. Their habitat includes wetland and areas along rivers and marshes. Their wingspan is from five to six feet and these large birds can eat insects, plants, fish and even lizards. They are preyed on by other animals and to survive make nests on top of trees. Unfortunately, they are also an endangered species. 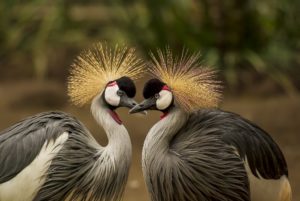 Image Credit: by Pixabay from Pexels

The African civet is found in sub-Saharan Africa, it lives in areas with a lot of vegetation and tall grasses. It sleeps during the day and wakes up after sunset. It has a primary diet which is omnivorous. They eat rodents, rats, toads and are one of the few animals that can eat toxic insects like termites. They give off a musk to repel predators and this musk is one of the reasons they are poached as it is used in perfumes. 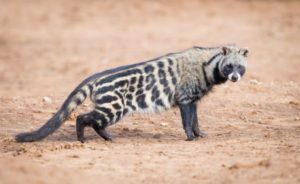 Okapi
Okapi or zebra giraffe are found in central Africa. It has zebra-like stripes but the closest relative of the Okapi in the animal kingdom is giraffe but it’s not as tall and is sized to an average horse. Its habitat includes rainforest and areas around the Congo River. They are a solitary animal and only come together during the mating season. They are primarily herbivores and feed on grass, fruits and fungi. They rifle for specific plants using their eighteen-inch-long tongue. 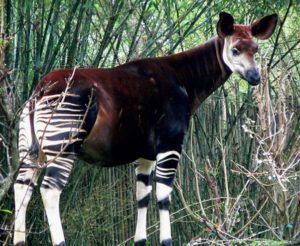 You may know the pangolin as the scaly anteater. These mammals are found in the African sub-Sahara and can be easily identified from their scales. They are the only mammals with this feature. Moreover, their diet includes ants and termites. It can reach tiny places using its long snout and tongue. Their habitat includes lowland forests and savannas. They are one of the most trafficked animals and are constantly threatened by poachers for their scales which have medicinal uses. Ill-fated, the pangolin’s many species are now extinct. 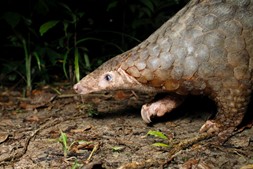 You would’ve seen this scavenger bird in animal documentaries and would expect them to be in every jungle or grassland but the white backed vulture is native to Africa only. It has grey feathered wings which span over two meters wide. It can tear off meat from carcasses with its sharp beak, perfect for scavenging. It can weigh up to 7 kilograms. They live in woodland savannahs as their primary diet, grazing animals, are found there. 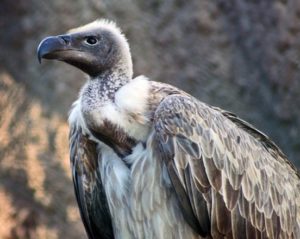 Hyenas are often thought of as incapable hunters and scavenging animals. Spotted hyenas are a competent hunter and have a success rate of 74% while lions hunting in a pack fall short of 30%. Its diet includes carcasses, bones, animal waste, gut and even skin other than hunting grassland animals like wildebeests. Unlike other hyenas, the spotted hyena is a predator. They regularly compete for food and habitat with lions, jackals, wild dogs and wolves. Their numbers are in the thousands and they are far from being endangered. 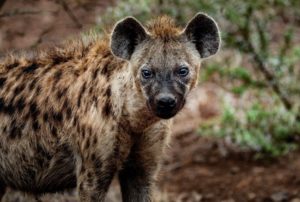 Found in west central Africa, it has a unique appearance with long white fringes on its sides. It has white fur on its face with fuzzy black hair on top. They spend most of their time on tree tops and they like to live close to water at high altitude. Their numbers are found in Nigeria, Chad, Tanzania and Kenya. They are also a social animal and are found in groups ranging from three to fifteen. 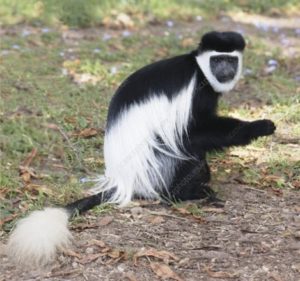