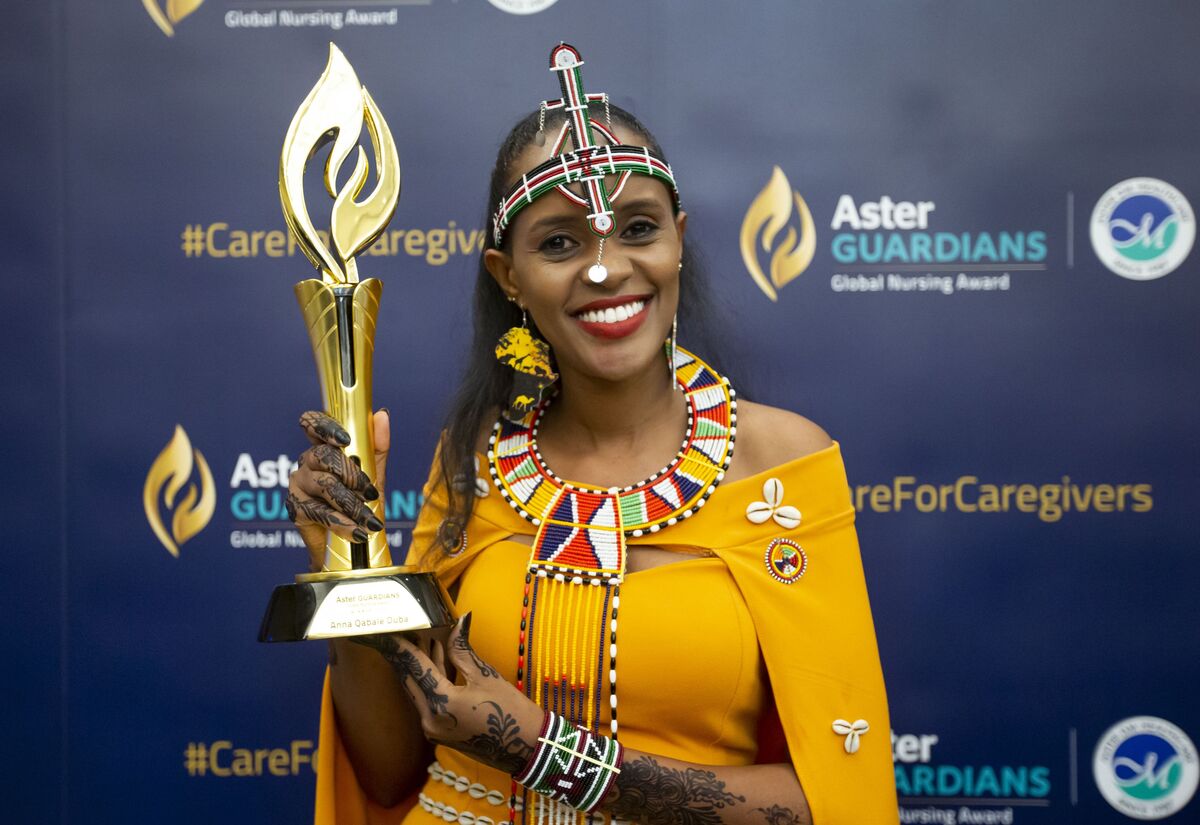 Anna Qabale Duba is a young Kenyan nurse who recently made history by becoming the first recipient of the Aster Guardian Global Nursing Award. She stood out from 24,000 applicants because of her tireless efforts to promote education, raise awareness about menstrual hygiene, and endless campaigns against outdated cultural practices such as Female Genital Mutilation (FGM) in her community. Anna Qabale Duba was overwhelmed by the recognition at the International Nurses Day award ceremony in Dubai, where she received $250,000 in prize money.

“I never imagined in my wildest dreams that I would be recognized and celebrated in this manner. This is a victory for Kenya, Africa, and the girls in the villages,” Qabale plans to open a boarding school to give more children access to quality education. She also plans to build a maternity shelter in her region, where 99 per cent of women still deliver at home due to lack of services.

Anna Qabale Duba was born and raised in Turbo, a small village in Marsabit County, one of Kenya’s poorest regions. As the youngest child in a polygamous family of 19, she is the only child that completed primary school. She went to Torbi Primary School and later, Moi Girls High School-Marsabit. Qabale’s patriarchal community expected girls to keep a low profile in social and academic life. Girls who excelled in school were mocked. “Throughout primary school, I was at the top of my class, making the boys uncomfortable.” Qabale joined Kenya Methodist University to pursue a bachelor’s degree in nursing. She graduated with a degree in nursing, making her the first girl in her village to graduate from university. The Aster Guardian Global Nursing Award winner is currently pursuing a master of science in Field Epidemiology at Moi University in Kenya. But behind her success, Qabale recounts her ordeal of undergoing FGM and then surviving a forced early marriage at 14.

Qabale works as a nurse at Marsabit County Referral Hospital in Northern, Kenya. She dedicated her life to eradicating harmful cultural practices in her community, such as female genital mutilation and early marriages, through her community-based Foundation, the Qabale Duba Foundation. She started the PAPA (pads and panties) project through the Foundation, where they donate sanitary pads and undergarments to rural schoolgirls in Marsabit. Her experience with period shaming inspired the PAPA project. Her first period came as a surprise to her as a young girl because she had never received any period education. After soiling her clothes, she became a laughing stock at school. This incident left her frustrated and embarrassed, so she chose to stay at home for a week. This incident inspired her to educate other girls about similar situations.

With the help of partners and well-wishers, the Foundation also produces reusable period panties in Marsabit. Through a year’s supply of reusable pants and panties, the girls no longer skip school every month and can concentrate on their studies. “Pads are as important to school girls as pens, they can’t stay without them,” Says Qabale. The project has benefitted over 3,000 girls since its inception lifting the burden off the shoulders of many poor parents.

The Foundation has also been at the forefront of peace-building efforts in Marsabit, employing women as peace agents to bring cohesion and harmony among warring communities. Every year, women from these conflicting communities join forces through the Foundation to commemorate International Peace Day and promote peace.

Qabale Duba Foundation educates not only girls but also women. In 2017 they started a community literacy program by enrolling illiterate women in Marsabit into adult education sessions in the same schools as their children. They are taught how to read and write and enlightened about their sexual reproductive health and rights. “I discovered mothers didn’t know how to help their children with homework at home. So, I thought, why not educate them too? And that’s how we started.” Qabale said in a TV interview.

In 2018 they built two classrooms and started Torbi pioneer academy and currently have 68 children in their nursery school. The classrooms serve the kids in the morning and are used by adult learners in the afternoon for the learning sessions.

Apart from being crowned the first-ever recipient of the Aster Guardians Global Nursing Award, Qabale was also the first Miss Tourism Marsabit County and Miss Tourism Kenya Peace Investment, positions she used to promote peace among conflicting communities. She was named one of the top 100 Most Influential Young Africans in 2020. Qabale hopes to become an ambassador for all-girl child education in Marsabit or Kenya and throughout Africa.