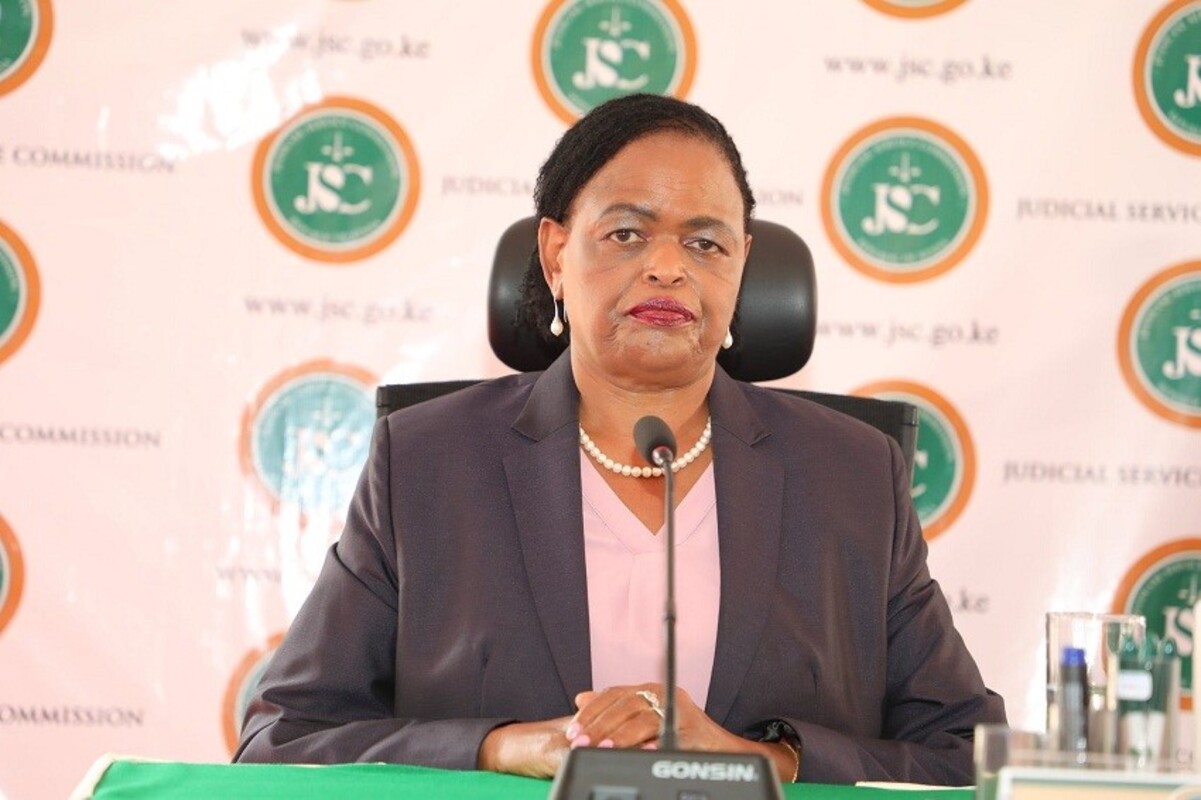 Justice Martha Koome is a human rights activist, a jurist and the first woman to occupy the Chief Justice office in Kenya since May 21, 2021. Justice Koome’s contribution to the protection of women’s and minority rights in Kenya has made her one of the most esteemed judges in Kenya.

Born in the early 1960s, Justice Martha Koome grew up in a small village in Meru County. Her father was a polygamous man with two wives and about eighteen children. The village life was not easy as her parents were poor farmers.

Determined to improve her family’s status, Justice Koome worked hard in school. In the late 1970s, she joined Mugoiri Girls High School for her secondary education. When she sat for her Kenya Certificate of Secondary Education exams, she became the best student in her class. Her impressive performance earned her a position at the University of Nairobi to pursue a Law Degree. Justice Koome became the second person from her village to possess a degree.

In 1985, she enrolled for her Advocates Training Programme at the Kenya School of Law. She was admitted as an advocate of Kenya’s High Court in 1986. Justice Koome also holds a Master’s degree in International Law from the University of London.

Justice Martha Koome has practiced law for over thirty years. Her legal career began in 1988 when she joined Mathenge and Muchemi Advocates as an associate. She worked in this law firm until the year 1993 when she decided to open her law firm.

Justice Koome was elected to serve as one of the members of the Law Society of Kenya from 1993 to 1994. She was actively involved in the constitutional review process that aimed to address the inadequacies of the Independence Constitution’s Bill of Rights.

During the 1990s, the opposition party was strongly against the late President Moi’s policies. The government was accused of promoting dictatorial and oppressive practices. As the chairperson of the International Federation of Women’s Lawyers (FIDA), Justice Koome defended the rights of tormented government critics such as the late Kenneth Matiba.

Justice Koome campaigned for the criminalization of Female Genital Mutilation in 2002. When Mungiki, a religious sect in Kenya, planned to circumcise girls, Justice Koome urged the police to intervene and arrest the perpetrators. In response, the government ordered the police to raid all the shrines where Mungiki planned to perform the circumcisions.

As a firm believer in democracy, Justice Koome was one of the supporters of the constitutional reform that repealed section 2A of the Independence Constitution. This legal provision sought to make Kenya a single-party state. Justice Koome and other lawyers fought for a constitutional amendment that made Kenya a multi-party country.

Justice Koome worked as a lawyer from 1993 to 2003. She later worked as a High Court judge for eight years. In 2012, she became a Court of Appeal judge.  While serving as an appellate court judge, Justice Koome received the United Nations Kenya Person of the Year, runner-up award in 2020 for defending children’s rights.

Due to her passion for children, Justice Koome has been accused of being biased when determining cases involving children’s rights. Nevertheless, Justice Koome has not allowed her critics to deter her from being the voice of children.  During an interview with Business Daily Newspaper, Justice Koome said, “Children have no voice, so I choose to speak for them because I recognize they are our bridge to the future, and unless we nurture them, our future will be precarious.”

With the legislature’s approval, President Uhuru Kenyatta appointed Justice Koome as the first woman Chief Justice of Kenya on May 19, 2021.  Kenya became one of the eight African states to have a female Chief Justice. Justice Koome’s appointment as the head of Kenya’s judiciary proves that Kenya is making commendable progress in eliminating gender inequality by creating space for women to serve in the judiciary.

Here are some quotes of Justice Martha Koome

1. I recognize that children are vulnerable due to their age. I also recognize when they are in conflict with the law or they are victims of offenses, it is because of the failure of a system. Society, family, or community has failed them. That makes children victims.

2. The government is like a three-legged stool. You weaken one part, the stool cannot stand. If you are talking about an efficient system of government then it includes the judiciary.

3. The legal structure is dominated by patriarchy because our society is patriarchal. Laws are made in parliament and the dominant majority in parliament is male so it’s informed by their background and socialization

4. Everybody says they hate corruption, how come it has remained a problem? It’s a national problem.