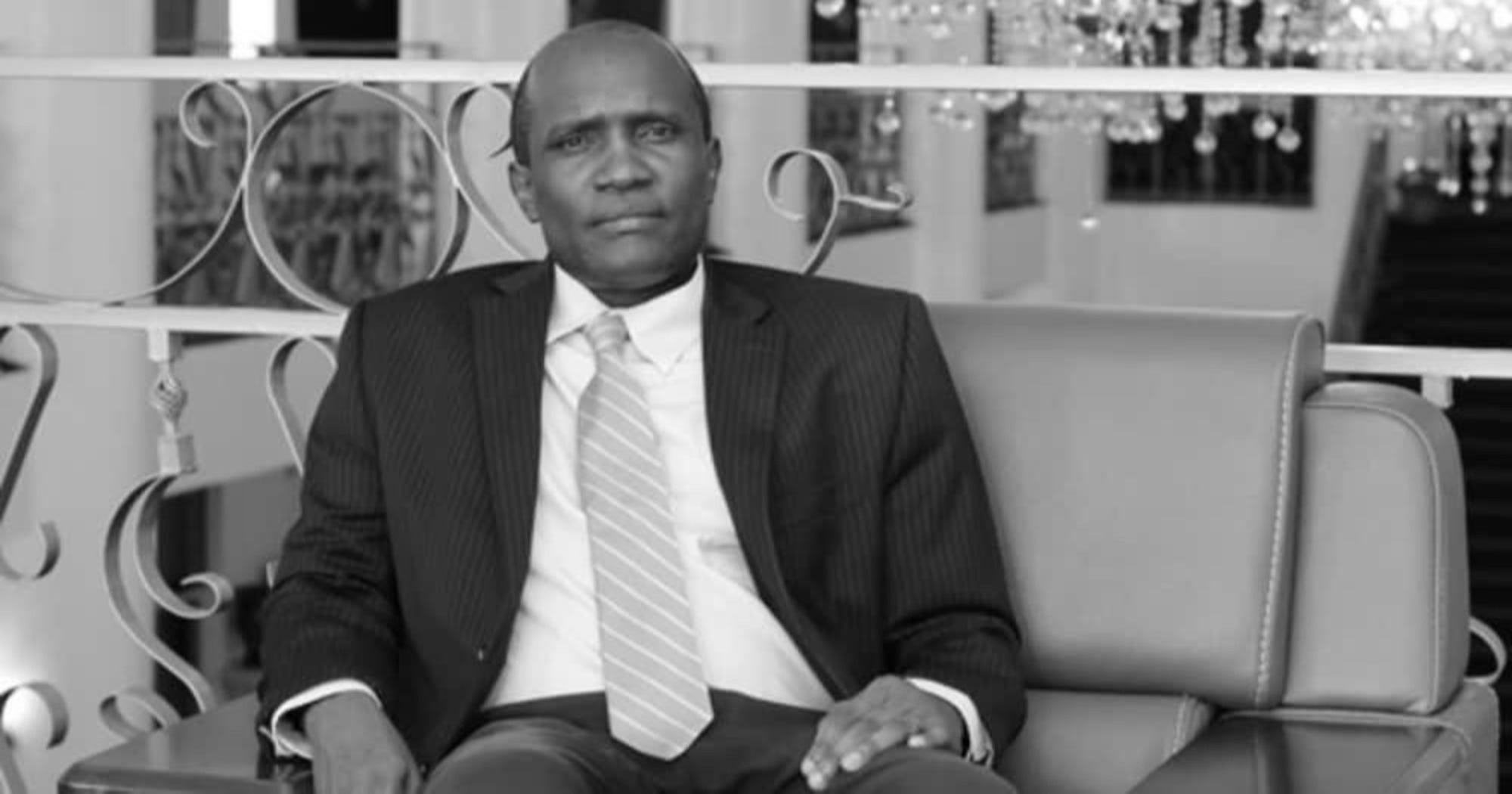 For many years, Julius Mwale has been at the forefront of the world’s technological revolution. The Kenyan-born US billionaire changemaker resides in New York, surrounded by the world’s most influential and wealthy men, including Bill Gates, investor George Soros, and former President Donald Trump. On the other hand, Mwale’s path to becoming a billionaire has been difficult since his birth.

Julius Mwale was born in Lunza village in Butere, Kakamega County, Western Kenya, in 1976. His parents were business owners who died when he was young. Mwale revealed that his childhood was not pleasant and that he even went to school barefoot.

Julius Mwale attended a local primary school in his hometown of Lunza before enrolling in Mukumu Boys Secondary School. Later, he enrolled in college to earn a diploma in telecommunications engineering. Technology wasn’t popular among his peers, but he saw it as having a larger market than any other professional career.

“I knew by getting that (technology) qualification, I could compete with any person in the world. While being a dentist or a doctor is good, I knew being a doctor in Kenya would limit me to the Kenyan environment only. However, being a telecommunications engineer, I would be global; I would be able to access resources globally,” said the Kenyan US-based visionary tycoon

After completing his studies, Mwale joined the Kenyan Airforce as a soldier, where his work involved technology research and internet infrastructure.

Mwale was forced to flee the country to Uganda after an altercation with authorities. They were after him for allegedly being involved in an intellectual property dispute with some influential Kenyans. His fears grew while in Uganda, forcing him to relocate to Zimbabwe before moving to the United States in 2000. These difficulties nearly drove him to abandon his dream of realizing his technological ambitions.

Mwale arrived in New York around the 911 bombing in the United States. As a result of his difficulties in obtaining political asylum, he eventually became homeless and spent nearly a year living in a low-income shelter. His laptop, his only asset at the time, was stolen at the shelter. Regrettably, he lost all of the large amounts of research data for projects he was working on.

The determined Mwale used the public library computers, even though they only allowed one person to use them for 30 minutes. His troubled life was exacerbated by the severe culture shock he experienced, which included a different language, climate, and food. “The homeless shelter is halfway off the people coming from jail; you meet people that are not mainstream people in the society, but my focus was to work on my technology – the environment wasn’t very important,” said the Kenyan tech tycoon

Despite his difficulties, Mwale was able to enroll at Columbia University to study electrical engineering. He eventually made it and founded SBA Technology. The startup’s concept was to address security concerns during online transactions, as many Americans had expressed concerns about their online footprints following the 9/11 attacks. To secure online transactions, SBA Technology used a two-factor biometric authentication system. This means that users could include biometrics as a secondary security feature in addition to usernames and passwords.

Julius Mwale raised USD2 million in seed capital after marketing the technology and hired experts from all over the world. The company had 60 employees by 2003. After pitching their ideas to local New York leaders, legislation requiring banks to use biometrics was passed. As a result, they gained reputable clients such as the Bank of New York and JP Morgan Chase. SBA Technology received a patent in 2005. This technology was extended to universities and researchers who used his patents to develop biometrics, which is now used worldwide.

After two-factor authentication legislation was passed in 2004, the SBA’s investment skyrocketed. The investment paid off handsomely, providing the Kenyan-born billionaire investor with enough funds to construct the Mwale Medical and Technology City investment (MMTC) in Butere, Kakamega county. According to the 45-year-old tycoon Kenyan-born businessman, he spent USD4 million conducting a feasibility study between 2007 and 2012. Based on the study’s findings, he chose Kakamega, his hometown, as the investment center. Initially, the investment was to be based in Nairobi, Kenya’s capital, but research revealed that there would be numerous land-related challenges.

Hampton’s Hospital has a capacity of 5000 beds. Its mission is to provide Kenyans and East Africans with affordable, world-class medical services, relieving them of the burden of traveling abroad for proper medical attention. The hospital has created at least 5000 jobs in addition to providing high-quality medical care. Mwale estimates that the number of employees will reach 20,000 by the end of 2022.

When asked about his inspiration, Mwale says that he has always wanted to transform lives.

“When I am gone, I want to be judged by the number of lives I transformed,” says Mwale. Today, the billionaire founder of Technology City stands out as one of the most well-known African billionaires with significant investments in the United States and the rest of the world. His educational background in telecommunications engineering has led to him serving on the boards of over ten companies in different fields.

Mwale has also served as the Chairman of the American Institute for African Development since 2007. The New York-based organization promotes education access, good governance, and universal healthcare in Africa. It also works toward scaling the achievement of Sustainable Development Goals in rural and urban communities across the continent.

4 thoughts on “Julius Mwale: From walking barefoot to becoming a billionaire in the United States”