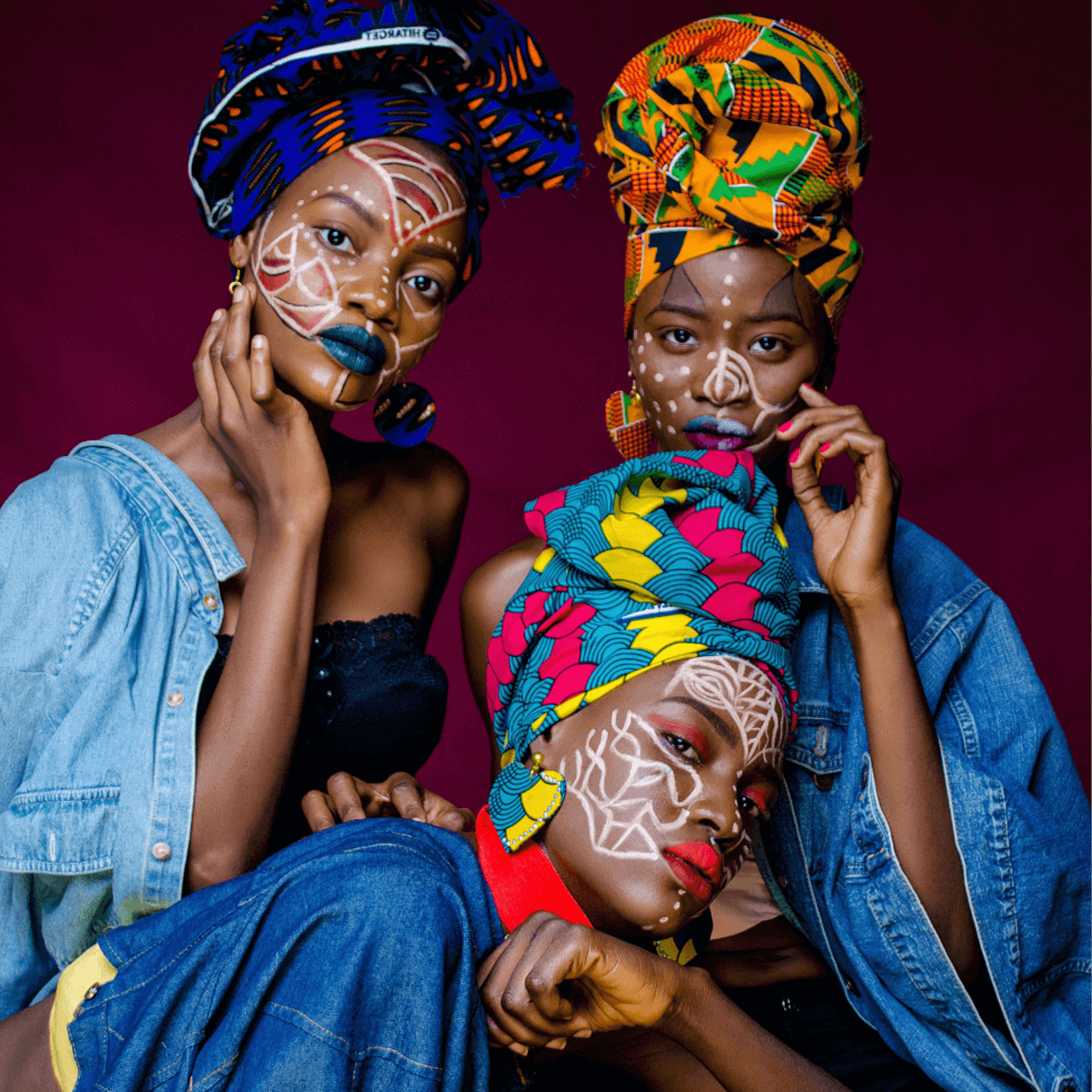 Africa is one of the best places to find people of diverse origins and cultures. If you are interested in relating to Africans, you should learn some basic phrases needed for communication. In this article, we are going to explore how to say I love you in 30 African languages.

Here is how to say I love you in 30 African languages.

How to say I Love You in 30 African Languages

“Nwagala Nyo” is how the people from Baganda tribe of Uganda say “I love you”. The Ganda/Luganda language is spoken majorly in Uganda by the Baganda people. The language has over 10 million native speakers.

The Afar language speakers are mostly found in Ethiopia, Djibouti, and Eritrea. So the next time you think of how to say I love you in Afar, you might want to say “ko kicinio”.

When you think of the name Berber, I’m pretty sure you would think of a region in the northern part of Africa. This is because the word is commonly used to describe the early inhabitants of North Africa. The Berber language speakers reside in Northwest Africa. If you want to say I love you in Berber, simply say “lakh tirikh”.

Kikuyu, also called Gikuyu, is a language spoken mostly by the Bantu people of Northeastern Kenya. However, the language is also commonly spoken by other East African tribes that have come in contact with the Bantu people. In Kikuyu language, “I love you” can be translated to “Neguedete”

Igbo also spelled as Ibo is a tribe in the eastern part of Nigeria, Gabon, Cameroon, and Equatorial Guinea. The Igbo people are known to be industries and full of cultural values. When you speak to an Igbo person in their dialect, they become more interested in continuing a conversation with you. How to say I love you to someone in Igbo language is “A huru m gi n’anya”

Speakers of this language are commonly found in Kenya, Uganda, and Tanzania. In Kenya, the Luo people belong to the fourth-largest ethnic group. The Luo language is also called Dholuo. According to the history of the Luo people, it is believed that their ancestors migrated from Uganda; this is why there are still native speakers of Luo in Uganda to date. In Luo language the magic word is “Aheri”

In Susu it is “Iran fan ma”. Speakers of the Susu language are people of the Mende tribe found majorly in Sierra Leone, Guinea, and Senegal. The people have more than one name they are referred to. They can also be called; Sosso, Soso, Susso, Sussu, Soussou, and Sosoe. Apart from the beautiful Susu language spoken by the Mende tribe, they are also known for their creative artistry works such as; leatherworks, carpentry, iron works, and jewelry.

From the name, you can guess the tribe that speaks the language. They are primarily from Somalia, a country in North Africa. The origin of Somali can be traced to the Cushitic people, who are believed to have shared some ancestry connections with Somalians. As a result, there are over 8.8 million speakers of Somali today. The magic word in Somalia is “Wa Ku Jeelahay”

Hausa is believed to be spoken majorly by people in the northern part of Nigeria. However, there are other speakers of the language from other African countries. You can find Hausa speakers in Chad, Benin, Cameroon, Sudan, and Ivory Coast. The Hausa language is one of the most spoken languages in Africa. To say I love you in Hausa, use the phrase “Ina sonki.”

How to say I love you to a speaker of the Chewa language, is “ndimakukonda,” or “ndikufuna.” The Chewa language is also known as Nyanja. It is a type of Bantu language spoken in East Africa. You can find native Chewa speakers in Malawi, Mozambique, Zimbabwe, and Zambia.

The Afrikaans language is a form of vernacular from three languages; French, Dutch, and German. It was popularly spoken by Africans involved in foreign trade before it was eventually passed down.

This language got its name from the Dutch word “Afrikaansch,” meaning African. African slaves also spoke the language during the Dutch colonialism of South Africa. Today, the speakers of the Afrikaans language can be found in South Africa, Namibia, Zimbabwe, Botswana, and Zambia.

Malagasy language is a major language and the second official language in Madagascar after French. If you are looking for how to say I love you to in Malagasy, use the phrase “tiako ianao”.

The Mende language is spoken by the Mende people of Sierra Leone and Liberia. Note that there is the Mende ethnic group and a language called Mende. This phrase, “Me lonwo,” is used to say I love you in Mende language.

You can find speakers of Ewe in Ghana, Togo, and the Benin Republic. The language is a beautiful language known to have been classified under the Gbe languages. In Ewe, the magic word is “Me lonwo”

This is another type of the Bantu language spoken by people from the Democratic Republic of Congo, Central African Republic, and South Sudan. Native speakers of Lingala are reported to be between 15-20 million. In Lingala language, the magic word is “nalingi yo”

Speakers of this language are commonly found in Gambia, Guinea, and Mali. They are believed to be part of a sub-group of the Mende ethnic group. Hence, some words are similar to the Mende language. Be sure to say “Ni bi fe” when next you meet a Malinke speaker you like.

The Kamba language is also referred to as Wakamba or Akamba. You can find the speakers of this language in Kenya, Nairobi, and Tsavo. Speakers of Kamba are always open to teaching you their language. So next time you meet anyone from the above-listed regions, let them know how you feel by using the phrase “Ningwemdete.”

If you find yourself falling in love with a Ghanaian lady/man, do not hesitate to say “me dowapaa” to him/her. It is recorded that about 80% of Ghanaians speak Akan. The Akan language is the major language of the Akan people of Ghana. Apart from Ghana, some speakers of Akan can also be found in Cote d’Ivoire.

Also referred to as Yaunde, Jaunde, or Ewondo. It is a language spoken by another set of Bantu speakers. This shows how large the Bantu speakers are in Africa. You can find people who communicate in this language in Cameroon, Gabon, and Equatorial Guinea.

Amharic is a type of Semitic language spoken in Ethiopia. It’s also an official working language in Ethiopia. To learn to say I love you to someone in Amharic, say “afekirishalehu” or “afekirhalehu”.

This is another native Ethiopian language on the list. It is also one of the African languages believed to have been associated with a Cushitic origin. Speakers of Oromo can be found in Ethiopia and Kenya.

Also known as Fula, Pulsar language is spoken by the people of Fouta Djallon origin. They are commonly found in Guinea, Senegal, Sierra Leone, Mali, and Senegal. The Pulsar language is often confused with Pulaar, a different Fula language.

Xhosa is one of the languages spoken by inhabitants of South Africa and Zimbabwe. The Xhosa language is easy to learn and communicate with effectively. Due to the easy adaptability to the language, it is spoken as a second language by other tribes in the Northern Cape, Western Cape, and Eastern Cape of South Africa.

Yipunu is another form of the Bantu language spoken mostly in the Republic of Congo and Gabon. It is also called Yisira. InYipunu language its “Ni u rondi”

Ndebele is a form of Bantu language spoken by the Zimbabweans. It is also called IsiNdebele, North Ndebele, and Zimbabwean Ndebele. The original speakers of the language were said to have been the descendants of Mzilikazi, one of Shaka Zulu’s generals. In Ndebele, it’s “Niyakutanda”.

The first record of the speakers of Vai was made in 1834 by American missionaries of the Church Missionary Society (CMS). The language is also referred to as Vy or Gallinas. You can find speakers of this language in present-day Liberia and Sierra Leone. Learning how to say in love in Vai is quite simple, ‘na lia’ is the magic word.

To learn how to say I love you in this language, you can start with the phrase m’bi fe. Bambara speakers can be found in Burkina Faso, Senegal, Mali, and Guinea. The origin of the speakers can be traced to the historic Bambara Empire, which was famous for resisting the Muslim invasion in 1854.

Love is a universal language; it is not only said using words; non-verbal cues used when saying I love you to someone also matter. So, ensure you show it when using any of the above-listed languages. I hope the above tips will teach you how to say I love you in different African languages. If you know about other African phrases on how to express feelings for someone, you can share them in the comment section below.