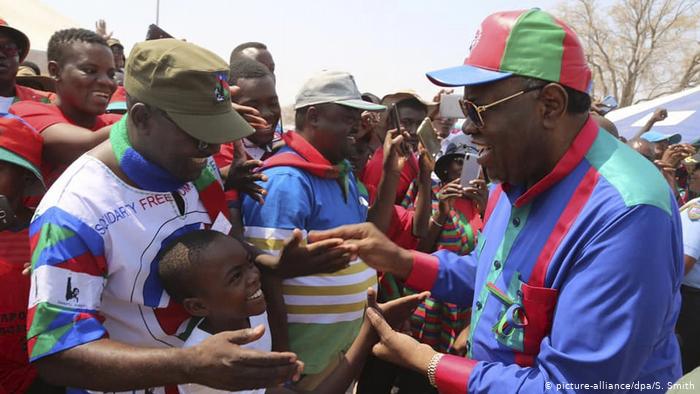 His closest rival and Friend, Panduleni Itula had 29.4% of total vote cast while the leader of the main opposition party McHenry Venaani had 5.3%. Though Ituala who is very popular with young voters has rejected the result accusing the electoral commission and SWAPO of widespread irregularities, President Hage is calling for a national dialogue to avoid a crisis.

In my earlier Prediction I noted that President Hage will win the election easily. My reason was simple, the main challenger he had was Panduleni Itula who was still a member of SWAPO even though he ran as an independent candidate.

There were some rumors during the campaign of some SWAPO leaders who had the intention of supporting Ituala instead of the party and the President. The rumors which was mainly peddled by supporters of Itula and the main opposition party as I later find out was aimed at destabilizing SWAPO and President Hage campaign team.

In reality, some SWAPO leaders supported Ituala, which is evident in the difference between the result of 2014 and that of 2019 but their support was not significance enough to cause an upset.

Secondly, Ituala started his campaign late and most Namibian were not sure if he was seriously in the race. His decision to still remain in SWAPO despite running as an independent candidate was a major drawback that gave the President team an edge over him.

President Hage campaign message was centered on prosperity. He has taken Namibia through the year of planing, re-dedication, reckoning to the year of accountability and his supporters were very optimistic that he has gathered enough experience that will make 2020 a year of prosperity for all Namibian.

He won the election by reaching out and preaching the message of prosperity to all Namibian, even though he had so many complains against some of his party leaders on issue of loyalty, he never question anyone, he was fully focused on preaching his message and winning the heart of his people.

He knew his support base and strength very well, and the top leadership of SWAPO were all out to ensure that SWAPO remain in power by all means.