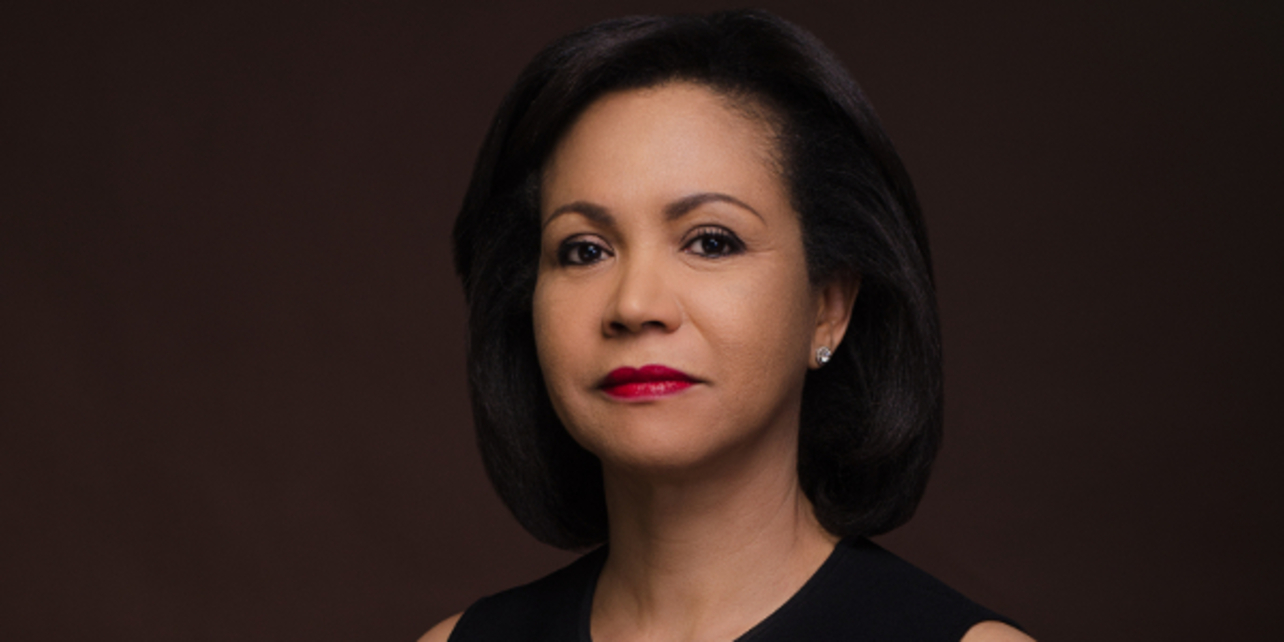 Adenike Ogunlesi is the founder and CEO of Ruff ‘n’ Tumble, a clothing line committed to making kids happy. The Ruff ‘n’ Tumble brand started in 1996. Her story is one of grit and indefatigableness.


In an interview recently, Adenike Ogunlesi mentioned the two major motivations for her success story; First, the drive for financial independence. According to her, ever since she dropped out of law school, she had always wanted her own money and was prepared to work for it.

Although Law was her father’s decision. She never liked law. So when she dropped out, her mum welcomed her to her tailoring company. Her mum also was into tailoring and served as a major influence in her life. She was into Adire, an African fabric popular among the Yoruba culture. Her mum was Scottish who became a Nigerian national. She lived in Nigeria for 50 years till she popped her clogs. Although Ogunlesi was born outside Nigeria, she grew up in Ijebu-Ode, South-West of Nigeria where she spent 18 years. She recalled how she tried plucking fruits from the trees in the compound to sell. This might have been a sign that she was going to be a very successful entrepreneur.

Her second Motivation was her zeal to prove that good things can come out of Nigeria irrespective of the situation. She is quoted as saying – “You have to learn to see the invisible, learn to trust the unknown because what you are trying to create is actually in that space of the unknown.”

The Birth of Ruff ‘n’ Tumble

Sometime in 1996, she wanted to make pyjamas for her 3 children. She would recall that after successfully making the pyjamas, a parent saw it and asked her to make 7 more for her child, one for each day. Something clicked in her. Ogunlesi thought to herself that this sudden parent-cum-customer couldn’t be the only parent with such need. So she decided to make a bunch of kiddies clothing’s. Put them in the trunk of her car and marketed it to every parent she saw in her children’s play school. She would sell each for between 750 Naira to 1200 Naira. Before one could say Jack Robinson, more parents were requesting for it.

Her turning point started from the day she made $600. This prompted her to enroll in a business school where she learnt about marketing, customer experience and customer service. She embedded these three skills into the creation of Ruff ‘n’ Tumble. When asked how she came about the name of the brand, she told the story of how a neighbour was looking for a tailor to sew kids’ wears. She told the neighbour that she was looking at one. When the neighbour asked what name they were to brand the clothes with, Ogunlesi said she just wants to make something kids could be roughing themselves with. Her neighbour replied- “I will make a drawing of kids rumbling out of a drum” That was how the name of the brand Ruff ‘n’ rumble was coined.

Ruff ‘n’ rumble started in a very tiny shop measuring 4 metres by 6 metres. All she had learnt in business school made it possible for her to expand. She has grown that 1 tiny store to 17 stores and revealed that at the end of 2021, she will be adding 3 more stores. These stores are located all over Nigeria with a full e-commerce platform happily serving many Nigerian children and making them happy as the slogan reads.

Ogunlesi in an interview revealed that her challenges have been different overtime and she has also had different perception about them as time went on. She sees challenges as growth opportunities. Although, she mentioned how it was difficult to convince the bank to loan her money for her business. And referenced the first loan she was able to secure in 2001. The loan came with stringent conditions where she had to pay back the huge sum in 18months. She saw this as an opportunity to be more disciplined. She successfully paid back in 16 months, 2 months before ultimatum.

She also mentioned that for a business to outlive the CEO, there are certain systems and processes that must be put in place by hiring consultants. But there is a challenge of hiring the right consultant. In addition, finding the right people who will help you achieve your dreams was also one big challenge she was faced with at some point in her entrepreneurial journey.

1. Focus on the things you have and the value you draw from it as opposed to the things you don’t have because that doesn’t take you anywhere.
2. Life is what you decide to make of it. Where you are coming from should not determine where you are going to. It is just another stepping stone to your destination.
3. I always divided my money into 3 parts. The first part goes back into the business. The second part is saved and the third part is for my daily needs.
4. As a business owner, you should place your self on salary and you must live within the salary
5. You can only teach people what you know so you have to be able to evolve into a higher version of yourself.

6. It is not an easy thing to do, but it is doable. Your generation wants everything to happen overnight but it doesn’t work like that. It’s a process. Success is a process. It’s a journey.
7. There has never been a better time to be black and to embrace being black.
8. If you live in Nigeria and work in Nigeria, you have the best mental muscle than any human in the entire world.
9. It’s tough and I know that it’s tough but you are tougher.