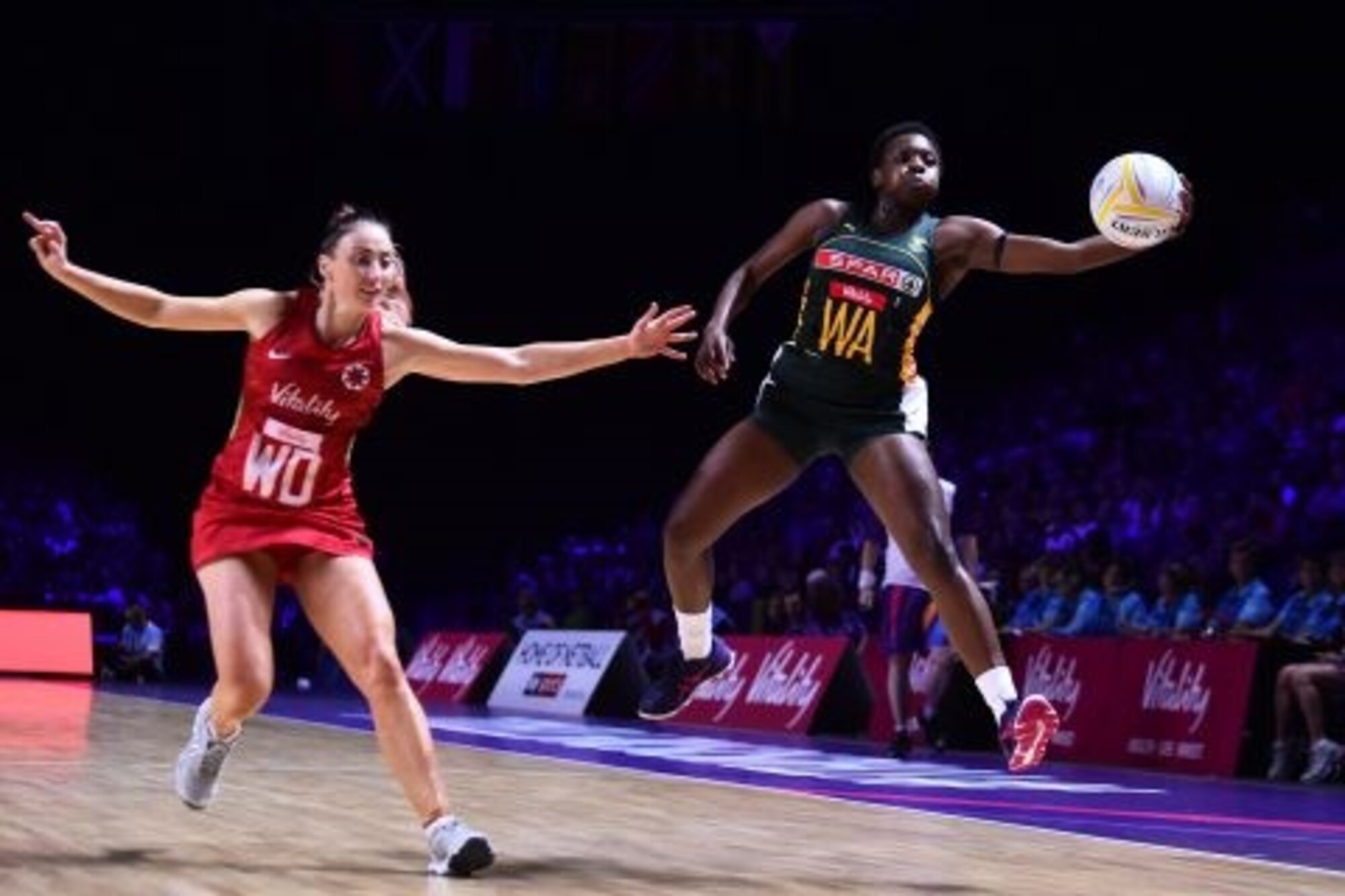 Netball, the most participated female sport in the world, is one of the most popular sports in South Africa. The Berenson-invented variance of basketball for females would arrive in South Africa some years later to dominate the indigenous korfball and grow in popularity. The all-female sport, like every other sport in South Africa, was equally faced with the challenges of discrimination between white and black, this is no thanks to the apartheid era. Facing different sanctions in the apartheid era, netball participation will continue in the post-apartheid to become even more famous in the country, winning their first title after their recall in 1995. The sport continues to grow in the country and the whole of Africa.

The history of netball in South Africa cannot be dissociated from the history and origin of the sport itself. The commencement of netball dated as far back as 1892, a year after the origination of basketball by James Naismith. Netball evolved from being a women’s version of basketball to being an entirely different sport that has become the most participated women’s sport in the world, being played by over 20 million people globally.

The story of basketball began in 1891 when James Naismith invented the game for indoor participation by his boys. However, the popularity of the game grew and in no time became one of the most popular sports in the United States and England. Having seen the popularity of the sport, Senda Berenson, a physical education teacher was moved by her desire to break the social stereotype about women’s participation in sports and make the basketball game more suitable for women and girls. Thus, she started net all as a variance of the basketball game for women, establishing special rules that make it, not just suitable but more convenient and fitting for the feminine style.

History of Netball in South Africa

The Berenson’s version of basketball equally grew in popularity and spread through the United States, England, and Australia, but South Africa would not know of it until 1925 when Phyllis Cardin introduced the game to the Johannesburg College of Education. From there, the popularity and adoption of the sport grew across the country with the active participation of both black and white alike, albeit the era of apartheid will influence black’s professional participation in the sport.

With the sport being introduced to potential teachers first, spreading the game across the country was a piece of cake. The teachers-in-training went on a mission to spread and develop the sport across the continent as they teach it to girls in both primary and secondary schools in the province of Transvaal. This trend was then taken to students of both the University of Stellenbosch and the University of Cape Town by Mrs. Salmon in the same year.

Netball will later replace the popular indigenous South African game called korfball in 1926, all thanks to Miss D. Hopkins. Shortly after in the same year, the country recorded its first inter-club netball match, which was played between the University of Stellenbosch and the University of Cape Town.

In the Transvaal and Western Provinces, netball became the most popular team sport in tertiary institutions, as well as in primary and secondary schools, giving the sport a boost in its reputation, and it quickly expanded to the Orange Free State and the Eastern Provinces.

Due to the South African apartheid rule, the national team was banned from international competitions in 1969 and was not re-admitted until the 1990s. During this time, the sport’s governing bodies went through several transformations until forming Netball South Africa in 1993.

Meanwhile, in the pre-apartheid South Africa, the sport was often identified with the white middle class, however, the major participating class was the black South African girls. Their participation which dated back to the 1930s was, however, affected by the low level of literacy among black girls.

Sport for black people, men and women alike, suffered from underinvestment at best and open discrimination at worst during the apartheid era. In 1977, for example, South Africa had 517 white-only netball facilities, compared to only 29 for their non-white countrymen. The debate about South Africa’s re-admission to the international sporting arena, on the other hand, did not fade. The sport’s regulatory body remained white-dominated, and claims of racism hampered the selection of the national squad in the 1990s.

In the post-apartheid era of the country, a professional women’s league was established in 2006, and eventually, Netball South Africa was declared the only recognized officiating body of netball in South Africa in 2007. Thirty years after being re-admitted into the international netball game, there are still issues with netball’s integration into South African society. The initial league ran into financial difficulties, and a successor was only formed in 2014. However, since the start of the Brutal Fruit Netball Premier League, things have significantly improved – to the point where Netball South Africa has dubbed 2016 the “Year of Possibilities.” 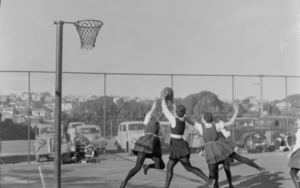 What kind of sport is netball?

Netball is an entertaining but competitive sport, requiring a blend of speed and skill. It’s a sport of two teams of seven players each, with each team competing for a ball in a style that’s close to that of basketball, but of course, with slight variations in style and rules.

Although the rules, equipment, and numbers of players per team differ from that of basketball, netball is the closest sport to basketball. In netball, dribbling or running with the ball is forbidden. Hence, once a player gets hold of the ball, she must pass it to a teammate within three seconds, otherwise, it’s a foul. In addition, marking or attacking an opponent in a netball game should be at a minimum distance of 3ft away and must not, in any way, obstruct the opponent’s play.

Furthermore, in netball, players are stationed in specific regions on the court. This makes it easier to spread the ball across the court and even the play. The different roles of each player based on their location on the court are goalie, goal defense, center, goal attack, goal shooter, wing attack, and wing defense.

What is the Difference Between Netball and Basketball?

The difference between basketball and netball is not so enormous. The most significant distinctions between the two sports are the fundamental regulations and the gender divide. Firstly, the number of players participating in the game differs. For basketball, two teams of five players each play the game, while in netball, two teams of seven players each compete against each other. However, the objective of the two sports is to shoot the ball (which is slightly larger in basketball) through the hoop of the opponent.

The fact that netball is a non-contact sport, as opposed to basketball, is another significant distinction. Contact is only permitted provided it does not interfere with the opponent’s overall game plan; for example, touching the ball-bearer or the person to whom the ball-bearer is attempting to pass is prohibited. Furthermore, the netball court is divided into three sections, with each team having a player stationed in each section. This is unlike basketball where players move about easily, dribbling, and fighting for the ball. While attacking in netball, players are permitted to stand between the player with the ball and the player who is about to receive it, but they are not permitted to make contact. The game requires apt teamwork and dependence on other teammates, most especially the arrangement of the team across the court.

Another distinguishing factor between the two sports is the Hoops. The hoops of netball, unlike basketball, do not have a backplate. One of the best things about a netball hoop is that it’s easy to move about and isn’t as tall as a basketball hoop.

Is netball a female sport?

Netball is now widespread in Commonwealth countries and is said to be played by more than 20 million people globally. Although male involvement is increasing in some nations, it is still largely a female sport.

The involvement of males in this game dated back to the 1980s in Australia as men began to witness their wives and girlfriends participate in the sport. This led to the introduction of mixed gendered social teams in Australia, and thus, men’s involvement in the sport increased. Nevertheless, the International Netball Federation (INF) only recognizes women’s netball. As such, men’s netball teams are significantly less appealing and receive little attention.

Why is Netball a female sport?

Netball became the sport for women since it encapsulated feminine characteristics and was regarded as the finest team sport for the participation of women and girls of different professions regardless of their social status. Furthermore, netball thrived because women ran it as their sport, free of male interference. Despite the introduction of the mixed-gender game, female netball has received so much recognition, dominating the male or mixed-gendered version.