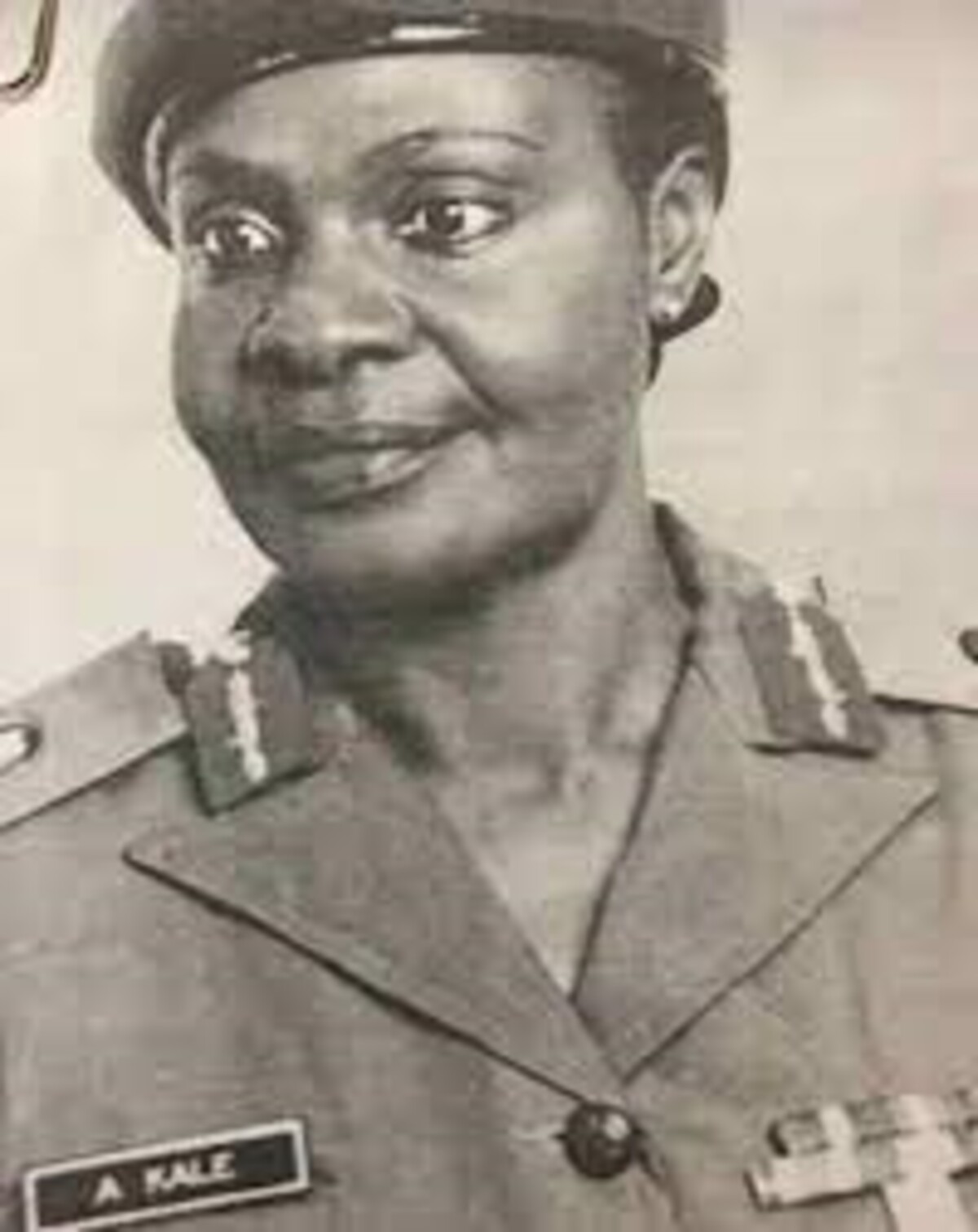 When many people hear the words “Nigerian Army,” the first impression that springs to mind is of a horde of gun-toting, stern-faced, camouflage-wearing MALE troops. Let’s admit it, when we talk about or think about the Nigerian Army, many of us don’t think about women. However, women now serve in all three branches of the valiant Nigerian Armed Forces. And today, we’ll take a look at the story of Aderonke Kale, the first Nigerian woman to become a Major-General (two-star general) in the Army (including the Navy and Air Force).

Aderonke Kale was born on February 13, 1959. Her father was a pharmacist, and her mother was a teacher. She had her primary education in Lagos and Zaria; attended secondary school at St. Anne’s School in Ibadan, Oyo State, and Abeokuta Grammar School in Abeokuta, Ogun State. For her tertiary education, Aderonke Kale graduated from University College, Ibadan( present-day University of Ibadan) with a degree in medicine.

Kale went on to study psychiatry at the University of London after graduating from the University of Ibadan. Professor Thomas Adeoye Lambo, Africa‘s first psychiatry professor, inspired her to pursue a career in the field. After completing her programme in London, she worked in Great Britain for a short time before returning to Nigeria in 1971. She joined the Nigerian Army a year later(1972).

In 1990, Aderonke  Kale studied policy and strategic studies at the National Institute for Policy and Strategic Studies (NIPSS SEC12) in Kuru, Plateau state. General Ibrahim Badamasi Babangida (the military president at that time) presented her with the graduation certificate as a colonel in 1990 after she graduated. The same year, Kale returned to her duties as commanding officer at the Military Hospital in Benin, Edo state.

Kale was promoted to deputy commander of the Nigerian Army Medical Corps in Lagos state in 1990 due to her hard work at the Military Hospital where she was assigned. Kale was further appointed as the first female Major-General in the Nigerian Army in 1994. She set a record not only in Nigeria but also in West Africa. Her obligations included looking after the Nigerian Army’s psychological needs; and other administrative and management duties. In the same vein, She was promoted to the rank of Brigadier-General, making her West Africa’s first female general. She went on to become the Director of the Nigerian Medical Corps and Chief Medical Officer until 1996.

Kale retired in 1997 under General Abacha’s regime. Some analysts viewed her retirement as an ethnocultural reshuffle by Abacha’s administration after an alleged coup led by Lt. General Oladipo Diya. Aderonke is still a mentor to many Nigerian women, particularly those in the military, and her record is unblemished.

The event featured the launch of an anthology of tributes written by renowned Oral History Professor, Prof. Bolanle Awe, to honour the woman who still holds the enviable record of being the first-ever female general and Corps Commander of the Nigerian Army.

Obasanjo, who also served as the Chairman of the event, expressed:

“But Gen. Kale did not get laid back because she is a woman. She stood the test of time, competed, fought and remained resolute until she got to the top. I think that, in itself, is a great commendation.”