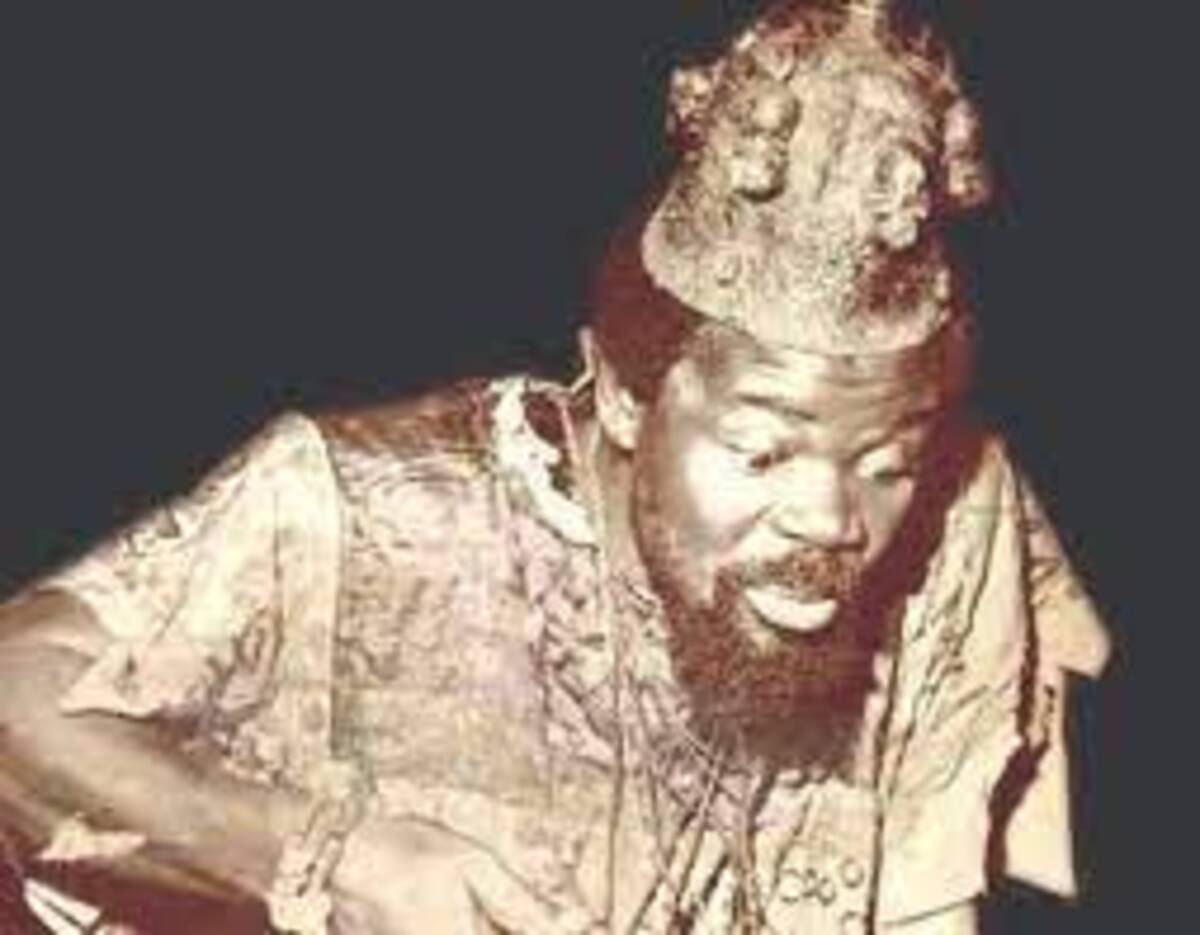 Duro Ladipo ‘s name is linked to the development of Nigerian theatre. He was one of the early proponents of traveling theater in Nigeria, more than five decades ago.

Duro Ladipo was his parents’ 14th child and the first to survive; as a result, he was given the name Duro, and his parents went on to have seven more children. His father was a priest in the Anglican Church. He aided his father’s ministry by singing in the church choir, but he believed the hymns were repetitive over time, so he wanted to incorporate traditional drumming into his ministry. He was expelled from the church because of this act of disrespect.

Similarly, this exodus was the beginning of his journey into becoming a stage actor, as he left his teaching job with the mission and went into researching various Yoruba historical events, and gathering facts from the royal fathers who were involved at various times in history; this made him a dependable historical dramatist to the Alaafin of Oyo, Timi of Ede, Ooni of Ife, Alake of Abeokuta, Olowo of Owo, and many more notable Kings.

Duro Ladipo met Ulli Beier, a researcher at University College Ibadan (now University of Ibadan), with whom he co-founded Mbari-Mbayo in Osogbo, and he even assisted in the translation of Ladipo’s works into other languages. His global adventures was launched as a result of the relationship. He got the opportunity to travel to other countries with his company and play “Oba Koso,” which means “the King did not hang.” Scotland, Italy, Iran, Belgium, Austria, and Holland were among the countries visited by the troupe. France, Switzerland, Yugoslavia, Brazil, and the United States of America are among the others.

“The subject of how people of various nations viewed their performance was raised. There would be a narrator who would briefly introduce the next scene to the audience while the cast is backstage”. Biodun Duro-Ladipo, one of his wives, who was usually a lead actor in many of the performances, explained. “But importantly, the audience usually understood the play through gestures, costumes, and stage movements.”

Oba Waja and Oba Moro were two other notable pieces performed by his troop. These three plays focused on different Alaafin of Oyo from the ancient Oyo Kingdom at various times in history. He also wrote about the exploits of Moremi, an Ile-Ife female heroine, Eda, Ajagun Nla, and other unpublished and plays. Duro’s performances were unique folk operas mixing folk poetry and traditional rhythms played on indigenous instruments based on Yoruba history. All the respectable components of Yoruba culture and tradition were restored by the actor and dramatist, including his use of Dancing, Singing, Poetry, Dressing, and Respect, which all form the core of Yoruba culture.

Duro faced numerous challenges in all of these areas, including frequent travel from one community to another with the lorry developing mechanical problems; publicity for their performances; the need to transport their set from one location to another; and a limited income from their performances. However, at the end of the month, they all split the profit.

Duro, who learned about culture from his grandfather, had three wives, Mabel, the housekeeper, Biodun, the star actor, and Bisi Idowu, the greatest dancer, who all played important parts in assuring his success. He claims that Yoruba men marry based on their career and financial means.

Duro Ladipo’s convictions that forced him out of the classroom finally led to his success in the theatre. Duro won first place at the Berlin Arts Festival in Germany in 1964 and the First Commonwealth Arts Festival in 1965, and received the Federal Government of Nigeria Cultural Achievement Award in 1963. He died young, at the age of 47, in 1978, yet he performed several exploits that are still spoken about throughout the world 40 years later.

26 thoughts on “From a Tutor to a Successful Actor: The untold story of Duro Ladipo”