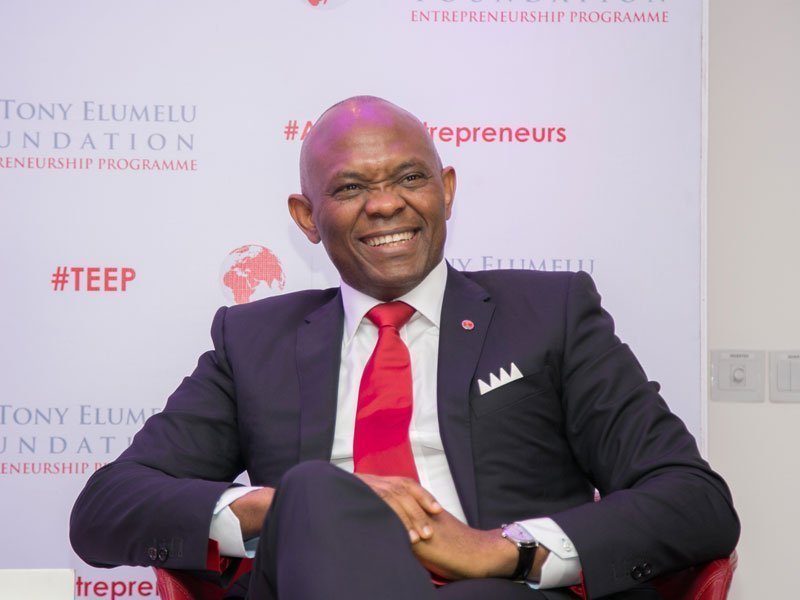 Described as the hope of the new Africa, Tony Elumelu is already fulfilling his age-long desire of helping aspiring and established African entrepreneurs to succeed and live the life of their dreams.

This Nigerian born entrepreneur, investor, and Philanthropist started his career as a salesperson before climbing up the corporate ladder to lead one of Africa’s successful brand- the United Bank for Africa.

“I started my career as a salesman, a copier salesman to be specific, young, hungry, and hardworking, but the reality was that I was just one of the thousands of young Nigerian graduates, all eager to succeed. How did I get from there to where I am now? Of course, hard work, resilience, a long-term vision - but also luck,”

Tony Elumelu was born on  March 22, 1963, and graduated from University with a second class lower degree in Economics. With his second class lower degree in Economic, he applied for a bank job in spite of the bank’s requirement  of a minimum of Second Class, upper-division result, and was hired as an entry-level analyst.  He became the youngest bank branch manager at the time with just 12 months of experience on the job.

“I know I may not have met the qualifying criteria for the advertised roles, but I am intelligent, driven, ambitious and I will make the bank proud. My 2:2 degree does not demonstrate the full extent of my intelligence and ability, and I know I can do so much more,”

He eventually grew from a salesman to a bank entry-level analyst to a bank manager, to the chairman of Heirs Holdings, United Bank for Africa, and founder of The Tony Elumelu Foundation.

According to Elumelu,  luck played a big part in his rise to a bank branch manager within a short period of time.

“They took a chance on me by appointing me as branch manager after an incredibly short time in the bank. My rise to Branch Manager within a short period is a great story but I know in my heart, I was lucky, as well as deserving”

Elumelu’s business interests are centered on the economic development of Africans and African Countries. He derives great joy in helping young entrepreneurs to succeed, that has been the major mandate of the Tony Elumelu Foundation.

“Without luck in my early career, I would not be the man that I am today. I am a leader and philanthropist today because I encountered people who gave me a chance early in my career. It has been a lifetime goal to pay this forward in a transformative and impactful way.”

His Tips for success

Give anything you do all you got, your time, energy and passion.

Repeat number one over and over again

3. Fuel your desire for success

Inspire your desire through research and collaboration

Don’t ever think of giving up

5. Go after what you want