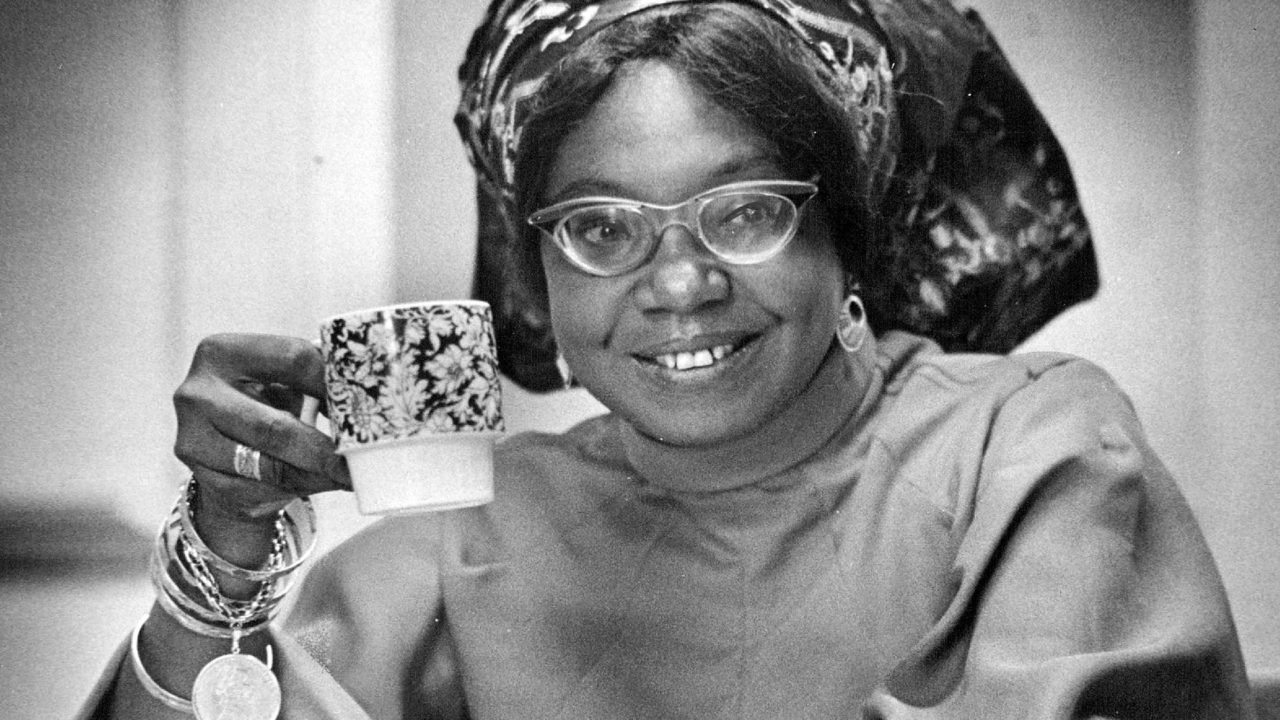 Flora Nwapa, popularly known as the Mother of Modern African Literature, was a Nigerian author with her full name Florence Nwanzuruahu Nkiru Nwakuche-Nwapa.

Flora Nwapa paved the way for a new generation of African women authors. Her first book, “Efuru,” was released in 1966 by Heinemann Educational Books, and she is remembered as the first African woman novelist to write in English in the United Kingdom. She is well recognized for portraying life and rituals from the perspective of an Igbo lady.

Nwapa was born in the wealthy and influential family of Christopher Ijoma Nwapa (a landowner and managing director of a British palm oil exporting company) and Martha Onyenma Nwapa (a school teacher) on January 13, 1931, in Imo State. Flora was the youngest of six siblings.

Nwapa made her entrance into the literary career with the novel “Efuru” which is based on an old folk legend about a woman chosen to be a worshipper by the goddess of the sea. The novel, which began in 1962, was the first in English to be written by a Nigerian woman who questioned traditional representations of women.

Because of the hurdles she confronts in her two marriages, the lead character, Efuru, refuses to give up on destiny and tradition, demonstrating that a woman can survive with or without a man in her life.

After speaking with a good friend, Chinua Achebe, who reviewed the series, the work was published in 1966 by Heinemann Educational Books as part of the African writers series.

Idu, Nwapa’s second novel, was released in 1970, and it tells the narrative of a woman whose life is intertwined with her husband’s. Instead of living without him when he dies, she chooses to search him out in the Land of the Dead. Never Again (1975), her third book, is a war fiction about the Nigerian Civil War.

Flora Nwapa was awarded the O.O.N (Official of the Order of Niger) title, one of the country’s highest honors, by the Nigerian government, led by President Shehu Shagari, in 1983. In 1985, at the Ife Book Fair, Nwapa received the University of Ife Merit Award for Authorship and Publishing (now Obafemi Awolowo University, Ile Ife).

She was appointed as a Visiting Professor of Creative Writing at the University of Maiduguri in Borno State in 1989, where she remained until her death. In 1991, Flora Nwapa was a member of the PEN International Committee, and in 1992, she was a member of the Commonwealth Writers Prizes Committee.

She was given the highest chieftaincy title of Ogbuefi (cow killer) in Oguta, her homeland, in 1978.

Flora Nwapa died of pneumonia on October 16, 1993, at the University of Nigeria Teaching Hospital in Enugu. She was buried in her hometown of Oguta, which influenced much of her writing. She was 62 years old at the time. She was survived by her mother, husband, son, and two children at her death.

Apart from writing books, Flora Nwapa started Tana Press in 1974 with the help of her husband after becoming dissatisfied with her previous publisher. The publishing enterprise, which specialized in adult fiction, was the first in West Africa to be owned by a black African woman. She published eight volumes of adult fiction between 1979 and 1981.

Flora Nwapa and co., a children’s literature publishing house, was founded by Nwapa in 1977. She combined components of Nigerian culture with general moral and ethical principles in these novels.

She also motivated other women to defy the traditional roles of women as spouses and mothers by pursuing equality in society through entrepreneurship, as she did.

The late Nigerian-Ogoni environmentalist, writer, and activist Kenule “Ken” Saro-Wiwa (1941-1995) paying tributes to her at the funeral said:

“Flora is gone and we all have to say adieu. But she left behind an incredible mark. No one will ever write about Nigerian literature in English without mentioning her. She will always be the departure point for female writing in Africa. And African publishing will forever owe her a debt. But above all, her contribution to the development of the women in Nigeria, nay in Africa, and throughout the world is what she will be best remembered for.”

1. There is no problem in this world that cannot be solved.

3. I try to paint a positive picture about women because there are many women who are very positive in their thinking, who are very independent, and very industrious.

20 thoughts on “Flora Nwapa: The Mother of Modern African Literature ”