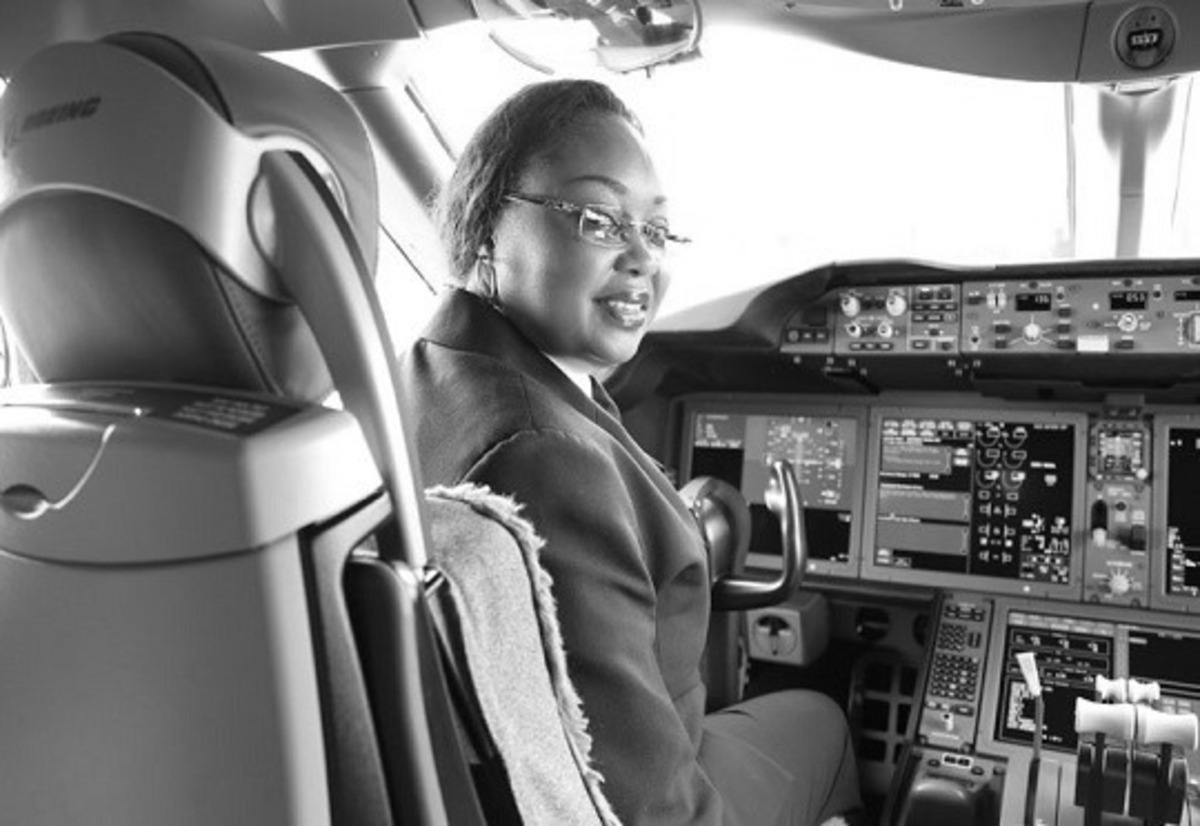 Captain Irene Koki is one of the most successful female pilots in Kenya and beyond. She is recognized as the first woman to be certified as a pilot in Kenya. Her story is a motivation to young women who are passionate about joining the aviation industry.

The aviation industry is a male-dominated industry. According to statistics from the International Society of Women Airline Pilots, only 5% of pilots are women. A major cause of this phenomenon is the belief that female pilots cannot juggle between their work demands and motherhood. Despite the existing cultural barriers that hinder women’s entry into the aviation industry, some women have defied the odds to become highly ranked pilots.

Irene Koki: A young girl with a great dream

The first time that Captain Koki boarded a plane was at the age of two years. As she grew up she started developing an interest in piloting. Whenever she was flying with her father, she showed an eagerness to learn how the aircraft’s control unit functioned. Instead of playing with dolls like other young girls, Captain Koki played with aircraft toys.

Whether she was at home or school, Captain Koki always spoke of how she wanted to become a pilot like her father. However, no one seemed to believe in her. Her father was also against her career at first. There were no female pilots in Kenya at that time. It was almost taboo for a woman to pursue piloting because society expected women to stay at home and nurture their children. Determined to achieve her dream, Captain Koki ignored the discouragements and chose to listen to her inner voice.

After completing her secondary education at Moi Girls High School in Nairobi, Captain Koki joined the aviation school at Nairobi Wilson Airport. At the age of seventeen years, she obtained her first pilot’s license and became the first woman pilot in Kenya. Her first flight as a pilot was a few days to her eighteenth birthday. She later joined an aviation school in Oklahoma City in America where she obtained her commercial pilot’s license.

Captain Koki returned to Kenya in 1995 and was employed at Kenya Airways as their first woman pilot. Up until 2001, Captain Koki remained the only female pilot at Kenya Airways. During this period, she encountered challenges including passengers who were not confident in her ability to fly aircraft. During her first commercial flight, a passenger refused to board her aircraft stating that he was not a guinea pig to risk his life boarding a woman flown aircraft.

Captain Koki and her father had the first father-daughter flight in history. This was her father’s last flight before he retired. According to Captain Koki commanding an aircraft together with her father remains her greatest achievement.

Over the years, Captain Koki has been mentoring young female pilots at Kenya Airways.  She also visits aviation schools and empowers both young men and women to pursue piloting. Through her determination and hard work, she has received several awards such as the Forbes Africa’s Most Powerful Woman award.

Balancing between family life and career.

Captain Koki is a mother to one son. Being a pilot means that there are times when she has to be away from her son. For this reason, Captain Koki has learned to balance between her family and career. When she is not flying, she spends most of her time bonding with her son and visiting her family members. Her family and friends describe her as a person who goes out of her way to help her loved ones.

1. I want my legacy to be this African girl, or woman, from Kenya who changed the aviation perspective. I want my children and great-grandchildren to remember that I made part of history.

2. The success of every woman should be the inspiration to another. We should raise each other up. Make sure you’re very courageous, be strong, be extremely kind, and above all be humble.

3. I think everybody is capable of extraordinary feats. You have to find your inner strength and where it comes from.