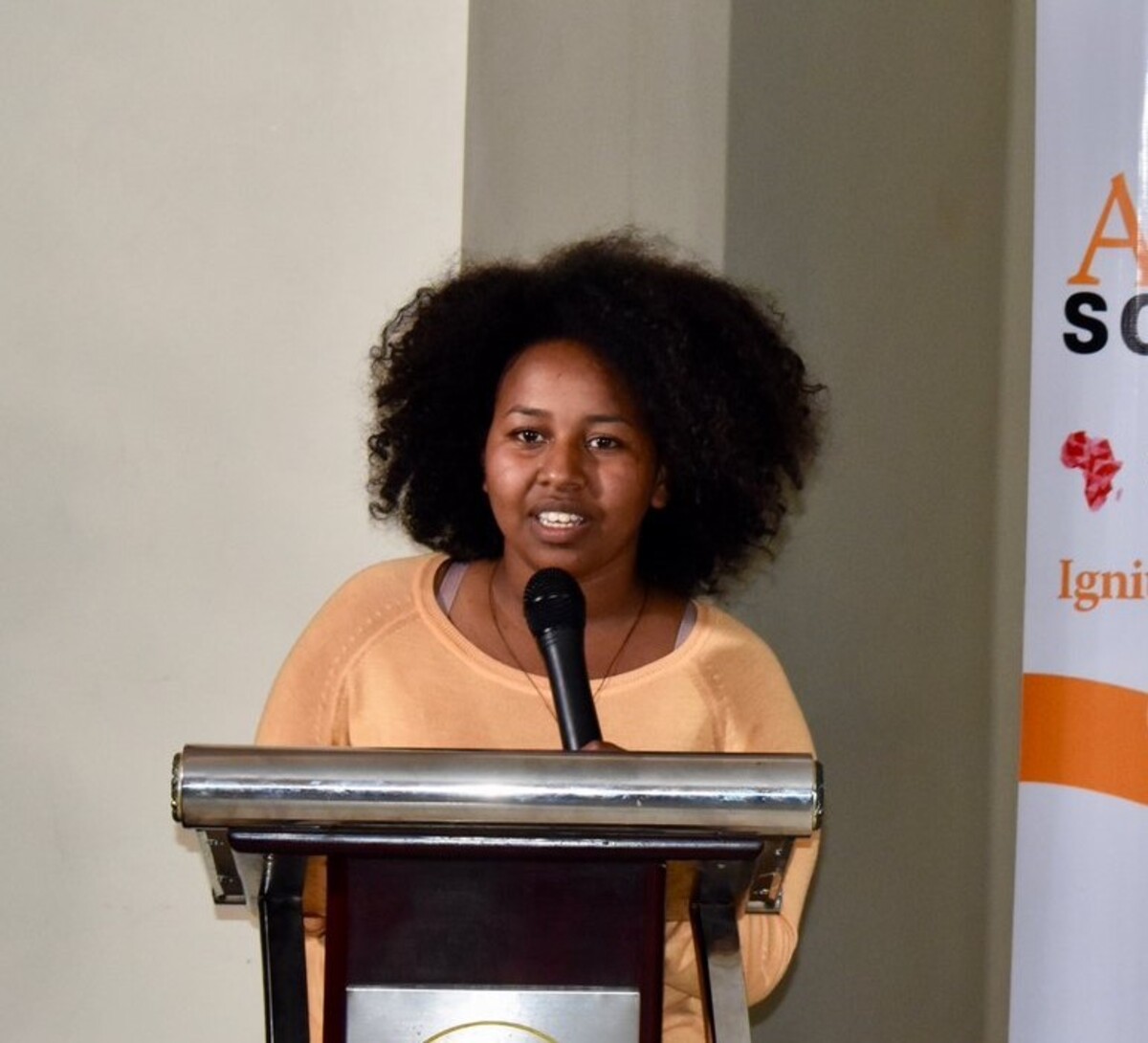 Betelhem Dessie is a tech innovator who has taken Ethiopia by Storm, she has consistently use the power of technology for social good.

The legend that is Betelhem Dessie

The legend goes as such. On her birthday, a nine-year-old asked her father for money. He refused. She asked to work for him instead at his electronics shop. He agreed. She made 1600 Ethiopian birr copying video and audio files over to people’s devices. In a nutshell, by age 10, having spent that much time around computers, she had taught herself to code HTML. Her name is Betelhem Dessie, and her Barbie dolls were computers.

Born in Harar, Ethiopia in 1999, young Betelhem Dessie’s CNN interview was not her first trip to the media. At age twelve, she was already working for INSA (Information Network security agency) of Ethiopia. For comparison, people who have graduated from college with flying colors would still have to have some more education, or experience under their belt to be part of such an intricate organization.

The birth of ACC

In her words, “Unless you really are in the industry, there is no one to look up to in technology.” Therefore, young Betelhem took it upon herself what a male-dominated profession couldn’t provide her. Using “Girls Can Code”, a United States Embassy project, she trained young girls. In an attempt to close the gender gap, she founded and became the CEO of ACC (Anyone Can Code.) ACC collaborated with iCog labs, an Ethiopian company focused on AI research, aiming to bring kids into the realm of programming and artificial intelligence. Betelhem later went to Addis Ababa University to study Software Engineering.

“Necessity is the mother of invention.”

In a country where majority are farmers, she understood the reality. One thing a civilization needs is custom inventions that answer its problems just so. Who better to understand the needs of society than one born and bred by the society itself? An African country’s demand for invention is not going to be answered by anyone but an African.

In her interview with BBC, Betelhem who understood this, said, “In developed countries, technology is creating a comfort or a convenience, whereas in Ethiopia it’s creating a necessity.”

As young as she was, Betelhem saw beyond the non-modern traps that are rendering Ethiopia behind the times. What’s even better is that she decided to do something about it. With ACC, she had the means to spread the word and create inventors of tomorrow. With her SolveIT program, she gets young people to tackle demands for inventions via technology by addressing the Ethiopian society’s issues. Once a girl, now a woman, she is ahead of her time. If nothing else, she has cracked the code of training kids to invent, kids that have not lost their untainted imaginations.

In her interview to the Malala Fund, she said, “IT inspires you.” She has swept a generation of a nation to aspire to be like her. Now, the kids taking her trainings and adults alike can’t complain of role models, or the lack thereof. She is it. Kids aspiring to utilize accessible technologies and time are already at work. As she inspires and gives them a purpose to look forward to, she carries the heaviest load herself.

Betelhem Dessie and iCog labs have reached a point of being synonymous. CNN has dubbed her “The youngest tech innovator of Ethiopia.” The good part of this story is that Betelhem is a one-of-a-kind pioneer. The best part, however, is that at just the age of 22,  it seems she has yet to scratch the surface of what she can do. In her own words—

“It doesn’t matter if you went to a great university or anything else— what matters is if you have a computer, access to the internet, a work ethic and the drive to achieve.”