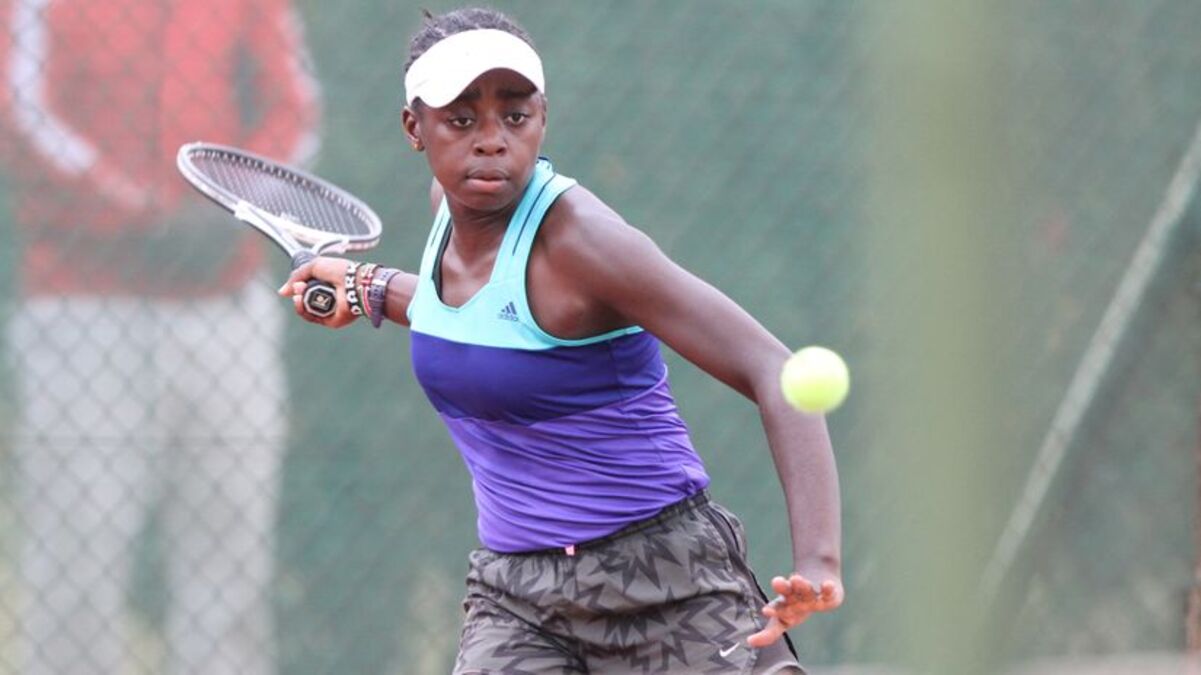 Angella Okutoyi fought for her victory at Wimbledon, becoming the first Kenyan to win a Grand Slam Tennis doubles title. The 18-year-old Kenyan competitor is only a junior participant, but she has already established herself as a prodigy and now, an icon.

She has spoken about the advantages of being young and independent, which drive her to compete. And it seems Okutoyi lives up to that motivation as she and her doubles partner, Rose Marie Nijkamp (Netherlands), beat the Canadian duo, 2-1. But she also shows equal dedication to her family and training, with full focus and whole-hearted dedication. Now she is setting a trial for a new generation of tennis players in hopes of making tennis a mainstream in Kenya as other sports.

Angella Okutoyi: From the Streets to the Court

In November 2021, Angella Okutoyi became a rising star after becoming the African junior tennis champion in Tunisia. Since then, she has become the first Kenyan to win a Grand Slam junior match and the first Kenyan to reach the third round in singles of any event at a Grand Slam. According to the International Tennis Federation, she is currently ranked 55th in the world of junior tennis champions.

In order to get to Wimbledon’s grass courts, Angella had to endure many difficulties. She believes that her dedication, discipline and her strong support system are the foundations of her growing success. In her professional life, she continues to draw inspiration from legends like Serena Williams, and she also turns to her family for support in both her personal and professional life. Roselida, her twin sister, is also a tennis player, and they were raised by their grandmother Mary Ndong’a. Their mother died shortly after giving birth to the babies and were taken in by Mary and eventually went to a private school where she worked.

Angella maintains other duties off the court, such as keeping a school schedule and assisting at home with chores such as cooking and cleaning. She notes that this motivates her to “do even better than she is doing now.” She is certain that she is living up to her aspirations. She spends hours on the court training 5 times a week, sometimes more. She has the honour of following in the footsteps of great players such as Williams, but after London, it is clear that she is also shattering her glass ceilings.

“We don’t have much recognition of Kenyan players,” Angella said. “In Kenya, they focus more on athletics, not in tennis, generally.” As a result, she is grateful for the work ethic instilled in her by her humble upbringing, and she takes her position in bringing tennis to Kenya seriously.

Angella was the 62nd-ranked junior in the world when the Wimbledon tournament began. Her first time playing on grass was in the London Grand Slam, and it showed in her singles matches. But she and her Dutch partner, Rose Marie Nijkamp, took home the doubles crown. Ever since claiming the championship on British turf, there has been an outpour of victorious cheers from the whole nation. Kenya discovered a tennis diamond at the 2022 Wimbledon Junior Championships. This was a surprising turn of events given that Kenya is a nation that takes pleasure in producing the best track and field athletes.

Amina Mohamed, the Sports Cabinet Secretary, was among those there to welcome Angella back in a procession of cheers and drums when she landed in Nairobi. She gained a following after winning the Grand Slam, attracting attention not only from government officials but also celebrities such as Lupita Nyong’o, tweeting, “Look at you!!! So proud and cheering you on Angella”. Angella responded to her unique situation saying, “Now that I’ve been able to win this, most people will now recognise that players from Kenya will see we can do this. And that’s what I’ve always wanted to do for my country.”

Through the ITF Grand Slam Player Development Program, Okutoyi received a lot of support and sponsorship. The program seeks out exceptional athletes from underdeveloped nations and collaborates with national federations to provide training, equipment or even pay for Okutoyi’s travel to Paris for the French Open. She made her debut at the Australia Open in January 2022, reaching the third round of the junior singles before being knocked out. While her performance has steadily improved over the year, there has been a rising urge among Kenyans, particularly among children, to take to court.

During the same Wimbledon tournament, Ons Jabeur (Tunisia) beat Elena Rybakina (Kazakhstan) in the women’s singles final. Jabeur was the first African woman and Arab player to reach a Grand Slam final. Both players are aware of and respect one another despite their never having met. “She is an inspiration to Africa, the Arab world, and Tunisia,” Okutoyi said of Jabeur. They both continue to make their mark as tennis players and African women on the court. They both also aspire to compete against Serena Williams, the best of the best, one day. This, combined with an underlying philosophy, are what motivates Angella: “A negative mind will never give you a positive life – that’s all I usually say when I want to inspire the young kids. They just have to believe in themselves more than anything else.”