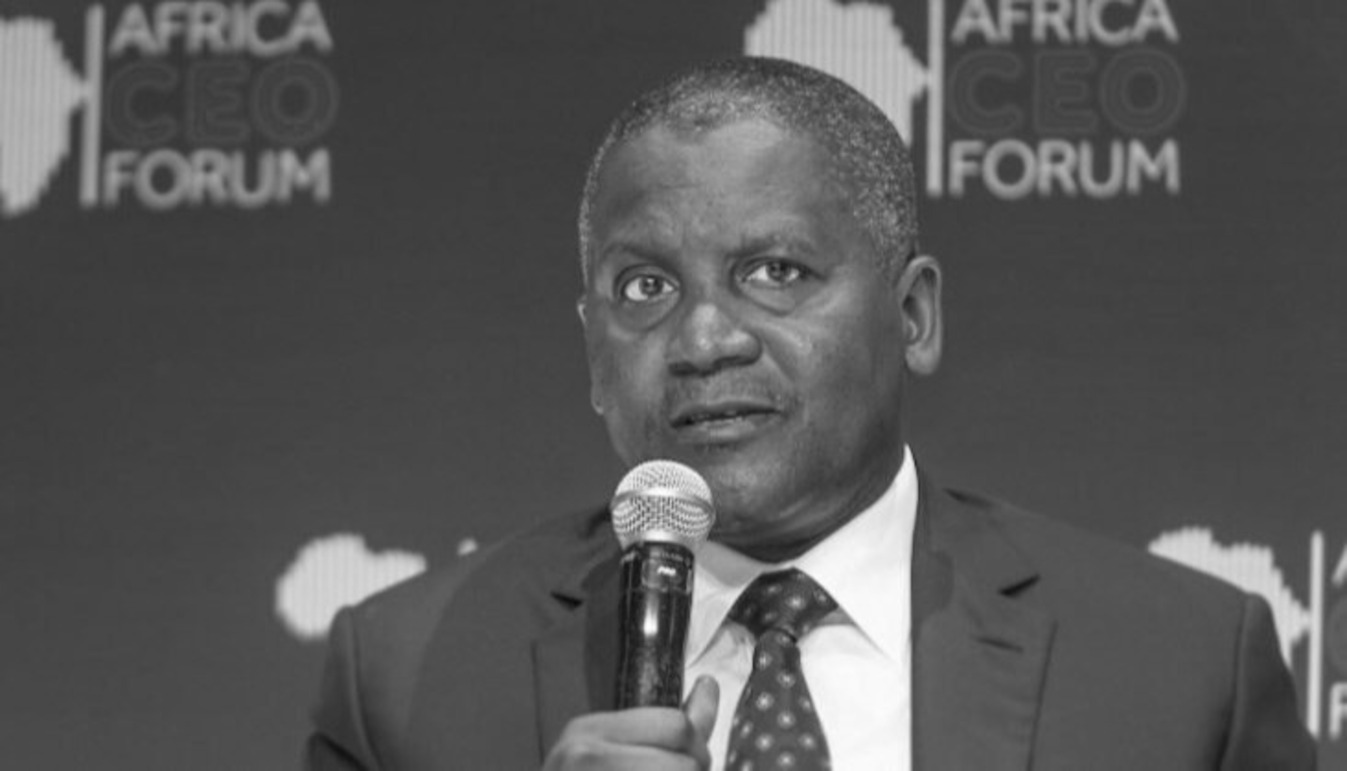 In 1977, young Dangote got a loan from his uncle to start his first business. He used the funding from the loan to import soft commodities such as agricultural products from Latin America and Asia at wholesale prices. He made a profit by selling to locals and paid his loans back in only three months.

Aliko Dangote is one of Africa’s most powerful and richest men. He is the founder of Africa’s largest business group, Dangote Group, with a market value of over $10.6 billion ( ₦4.43T). He owns several businesses in Nigeria, West Africa, and Europe. The group is involved in various business activities such as food processing, manufacturing, energy, mining and cementing, transport and logistics, banking and insurance, real estate and property development, construction, hotels and restaurants, retailing, media and communications, manufacturing, and agricultural businesses.

Dangote aims to make Nigeria a place where everybody is literate, has access to clean water and is connected to electricity. Who is Aliko Dangote? What is his contribution as an African to the rest of the world?

Aliko Dangote: The Self Made Nigerian Billionaire

Born on April 10, 1957, in Kano, Nigeria, Aliko Dangote is Africa’s richest man. He attended a private school in Kano and then a Government College, Birnin Kudu. Dangote went to Cairo, Egypt, and studied economics.  After his graduation, he returned to Nigeria, and with a loan from his uncle, he launched a cement trading business that grew into a conglomerate.

Dangote took a different approach to diversify his company. He started out by selling his company’s main product, palm oil, to make sure the company had a steady supply of raw materials. Once he was sure the company was profitable, he turned to trade other products, such as salt and sugar, and eventually expanded into building a cement factory. He later commissioned the Obajana Cement Plant, currently the largest cement facility in sub-Saharan Africa.

He realized that the only way to move forward is to change the status quo.

Dangote’s journey to becoming Africa’s most powerful businessman took a long time and had many bumps along the way. The Nigerian entrepreneur started his business on a small scale but grew it into a mammoth of the oil and gas industry.

He faced challenges like the fact that all the companies in his industry were state-owned. His biggest challenge was the high cost of doing business in Nigeria, which he had to contend with.

Dangote knew that he needed to build a strong reputation as a businessman if he was going to be a worthy entrepreneur. So, he began to work on a strategy that would change the face of Nigeria, not just in its economic future, but also in the way people perceive the country.

Dangote had always said he wanted to “give a hand up” to Nigerians who were less fortunate than him, and at the beginning of his business, he did just that. When he started, Dangote’s business grew out of his heart for the suffering of others. He donated millions of dollars since the 1990s to improve the living conditions of the poor.

This Nigerian businessman built Africa’s largest business and he did it all without using a traditional corporate structure. With his innovative approach, Dangote has revolutionized the way his country produces, markets, and distributes food. He did this by setting up the world’s first modern integrated food processing complex in 1997.

Many of his competitors were still producing food the way their parents had done it before they started working for him. They were cutting the food into smaller pieces and re-packaging it, and they were shipping it to market by truck. Dangote realized that a more efficient process could make a huge difference for the economy, so he started experimenting with ways to cut down on costs.

After realizing that food waste was the biggest cost in his industry, he took the plunge and converted his competitors into food wholesalers. Now, rather than producing the food itself, they only buy the raw material from farmers and resell it to consumers at a much higher profit.

Dangote realized that he could be just as efficient, if not more so, by having farmers produce the food directly. He is committed to investing $1 billion in Nigeria’s commercial rice farming, making it the largest single investment ever made in rice production on the African continent. The establishment of two modern integrated rice mills will produce a hundred thousand metric tons of rice a day.

As one of the continent’s biggest exporters, Nigeria’s billionaire businessman Aliko Dangote has spent decades making sure his company grows. For the tenth time in a row, in 2021, Dangote was named the richest African.

Dangote’s company engages in mining, food processing, and fertilizer manufacturing. The group was listed as the third-largest African business conglomerate in 2011 by Forbes Africa.

As of 2014, Dangote Group had over 18 subsidiaries. The group operates in several industries such as manufacturing, construction, agro-processing, chemicals, real estate development, and logistics.

The company started as a trading firm but diversified into manufacturing during the 1980s to become one of the biggest agrochemical companies in the world. Dangote employs more than 30,000 people and exports products to more than 100 countries, with major markets in Asia, Africa, and Latin America.

It’s the second-largest producer of urea and ammonium nitrate fertilizer in the world and a major producer of ammonia, potash, and sulfur. The company operates more than 1,500 facilities across 12 African countries, including Nigeria.

Dangote is considered one of the most influential leaders in Africa

Dangote’s influence stems from his leadership qualities and how he’s driven the business forward in Nigeria. He’s a leader because he’s been able to bring together different stakeholders within the business, such as suppliers, financiers, and shareholders. He’s also helped to improve working conditions for his workers through the introduction of modern technology and improving the overall quality of goods and services being offered.

In 2007, Dangote was recognized as one of “Africa’s 50 Most Powerful Businessmen” by Forbes. With over net worth of $13.8 billion, he is the richest person in Africa. He is also the richest black African. In 2013, Forbes named him one of the most powerful people in Africa. He was also ranked on Fortune’s Global 50 list, which is composed of entrepreneurs from all over the world.

Dangote’s contributions to the community are many. He created the “Dangote Foundation,” which focuses on helping children in need. Until today, the foundation contributed more than 100 million dollars to orphanages, schools, hospitals, churches, and other charities.

Aliko Dangote is a visionary, a leader, and a doer who had the vision to transform Nigeria into the most technologically advanced nation on the continent. His vision turned out to be true and, as a result, he is the richest African ever.

He has built a huge economic base in Nigeria and created over 30,000 jobs. Dangote’s success stems from his ability to attract capital to an emerging market and create a business model that has helped him do it. He is now a role model for other entrepreneurs in Africa. He made a contribution not only to Africa but to the whole world.

1 thought on “Aliko Dangote: The Self Made Nigerian Billionaire”