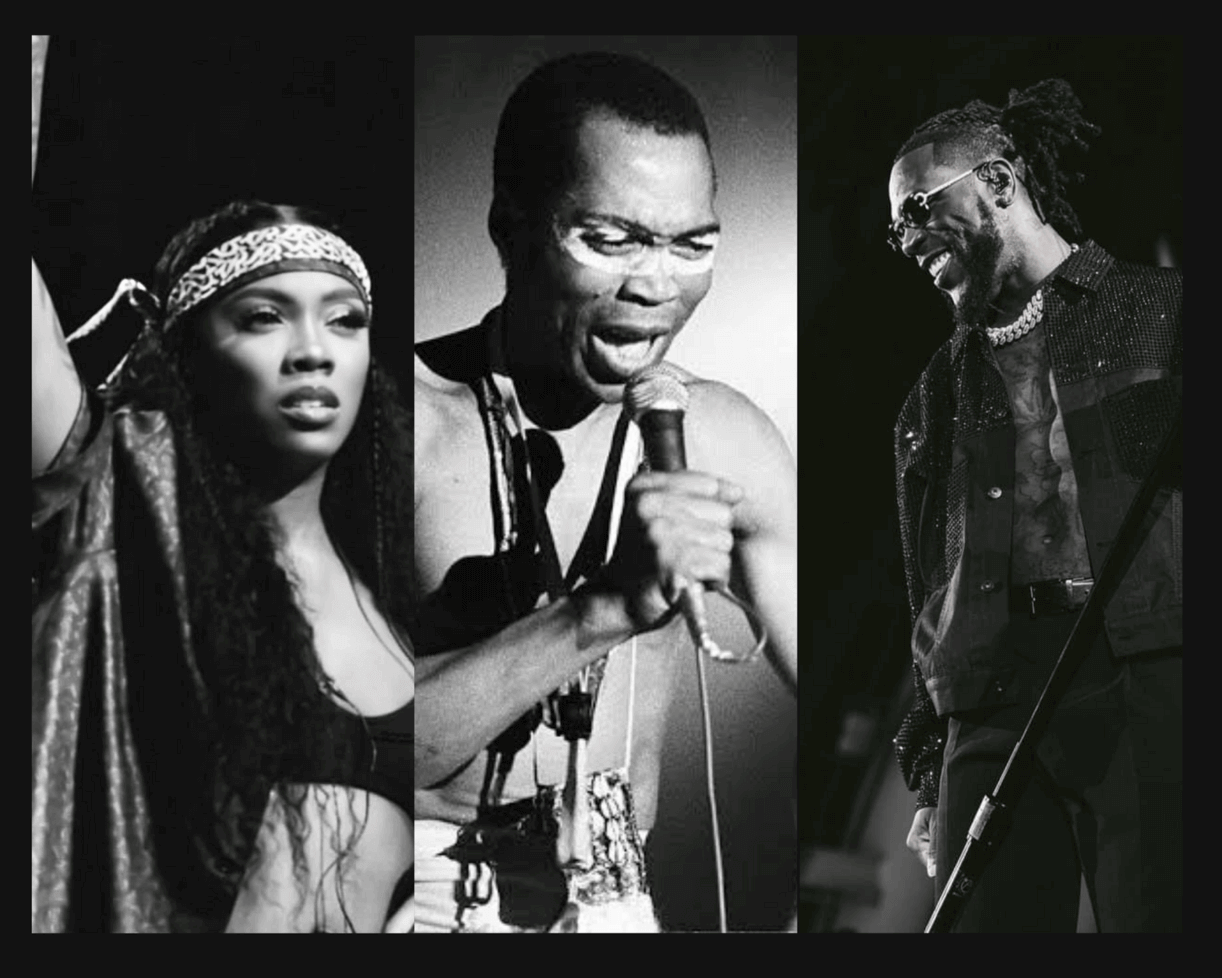 When you think of Afrobeat, which musician comes to your mind? You would think of musicians like Fela Kuti, Burna Boy, Wizkid, and Tiwa Savage. What else do these people have in common apart from being musicians? Well, they are Nigerians. Amazing right! Afrobeat is one genre of music that Nigeria has successfully exported to the world over time.

How did Afrobeat grow to become a global phenomenon today? Let us take a look at the history of one of Nigeria’s greatest exports to the world.

The early life of Fela Kuti

The pioneer of Afrobeat, Fela Kuti, was born on October 1938 into the family of Reverend Israel Kuti and Chief Funmilayo Kuti in Abeokuta, Southwest Nigeria. Fela’s dad was an Anglican Bishop while his mum was a revolutionary feminist who strongly resisted colonialism in Nigeria. Having such a parent strongly took a toll on Fela as he developed an interest in joining various anti-colonial movements at a young age.

In 1958, Fela’s parents sent him to study medicine in London. He decided to study music instead and moved to the Trinity College of Music, where he explored his love for music. Fela formed the Koola Lobitos band while at Trinity College.

The Growth of Afrobeat in Nigeria

Fela returned to Nigeria in 1963, three years after the country gained independence from British rule. He was interested in bringing up the afrobeat fusion into Nigeria’s highlife music at that period. Fela decided to restructure the music genre of his band to Afrobeat and also gave the band the Africa 70 name.

Afrobeat soon gained influence across Nigeria, West Africa, and the world through the various controversies that trailed Fela’s career. The musician and his band were brutalized severally for speaking against Nigeria’s military regime, colonialism, foreign religion, and nepotism. The more Fela appeared in the news, the more his music gained popularity. Before his death in 1997, his sons, Femi and Seun Kuti had already taken after his father’s style of music, and continued in his legacies.

Contemporary musicians from Nigeria and other parts of Africa began to see Afrobeat as a genre of music that can be popularly accepted in society. Young artists began to fuse the style in their songs also. The afrobeat artists who got their inspiration from Fela’s music are; Femi Kuti, Seun Kuti, Lagbaja, Dbanj, , Dele Sosimi, Burna Boy, Wizkid, Timaya, Mr. Eazi, Yemi Alade, 2Baba, Falz, etc.

The young generation of Afrobeat artists such as Wizkid, Tems, and 2Baba took the music genre to another level by refining it with the American hip-hop style of music. This style is commonly known as Afrobeats.

These Afrobeats artists have received global recognition and won multiple awards like; the Grammys, BET Awards, MTV European Music Awards, etc. With the innovation of online streaming platforms in music, Afrobeats artists from Nigeria and other parts of the world can have their songs out to listeners all over the globe through streaming sites like; YouTube, Spotify, Apple Music, Boomplay, and more. International label record companies like Sony have also helped in promoting the growth of Afrobeats globally by signing indigenous Afrobeats artists. Some of the Afrobeats artists that have worked with Sony music are; D’banj, Tiwa Savage, and Wizkid.

In the post-colonial music and entertainment industry, Fela Kuti was regarded as the best Afrobeat artist to have lived. He is still argued by many to be the greatest Afrobeat artist. However, with the ground-breaking record Burna Boy achieved in 2021 by winning the Grammy Awards for the best global music album of the year with his album, Twice as Tall, he became widely recognized as one of the best contemporary Afrobeat artists.

The difference between Afrobeat and Afrobeats

Afrobeat is often confused with Afrobeats; these two genres are different although, they have some similarities. Afrobeats is the fusion of Afrobeat, R&B, and hip-hop. It can be referred to as the modernization of Afrobeat. Afrobeats is popularly believed to have originated from Nigeria and Ghana in the early 2000s.

Afrobeat has not only been able to provide an avenue for creativity in the music industry, but it has also provided musicians, especially Nigerian contemporary artists the ability to scale through in the global music industry. With the introduction of Afrobeats, we now see the likes of young Nigerian musicians like; Teniola, Omah Lay, Tems, Mohbad, Joeboy, Fireboy, Chike, Rema, Buju, and many more collaborating with international arts. Afrobeat is indeed one of Nigeria’s greatest exports to the world.