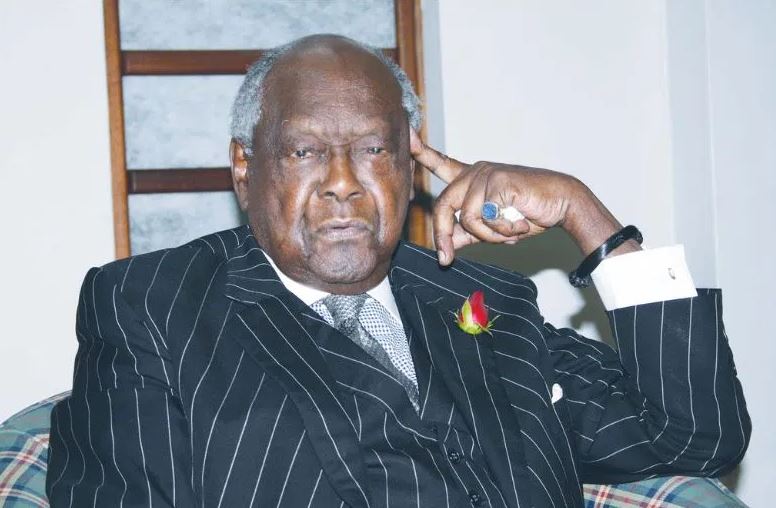 Sir Charles Njonjo is my everyday inspiration. As a writer and a researcher on African history, I find his story very fascinating. First, as the first attorney general of Kenya, Charles was Jomo Kenyatta right hand man. And their devotion to the unity of Kenya was total. On many occasion, he has noted that the unity of Kenya under Kenyatta leadership was one of their greatest achievement.

Secondly, as a son of a colonial chief, Charles knew the value of freedom from birth; he was opportune to enjoyed certain privileges, this and more inspired his decision to join the struggle for an independent Kenya.

Thirdly, as the only surviving member of the Kenya’s first independence Cabinet, Charles is a store house of knowledge, wisdom and ideas.

5 things you can learn from Sir Charles Njonjo

1. In all your getting, get education.

Charles was a close friend of Uganda’s first president, Edward Mutesa, they were both student of Captain Freddie Chritenden who gave them extensive lectures on English etiquette and mannerism. Because of their prowess in English, Mutesa was nicknamed ‘The black English King’ while Charles was nicknamed ‘Duke of Kabeteshire’

2. Marry When you find someone you can live with.

When asked why he waited till 52 before marriage, Charles responded ‘Because I couldn’t find a girl I could live with’ He married at 52 and together they have 3 beautiful children. Charles conclusion is simple ‘Don’t just marry, marry someone you can live with; because marriage is not a one day affair’

At 100, Charles is still very strong, in a 2015 article with Business Daily Africa, he noted that he swim daily, ride bicycle daily in order to stay active and fit.

Exercise is very important, look after yourself.

4. Your family is your greatest blessing, cherish them

Love, cherish and appreciate your family

“I have looked after my kids well, I have seen them through their education; one is a barrister, the other is a scientist and one is a veterinary doctor. They have turned out well, I think. I have given them what my father gave me — an education” – Charles Njonjo