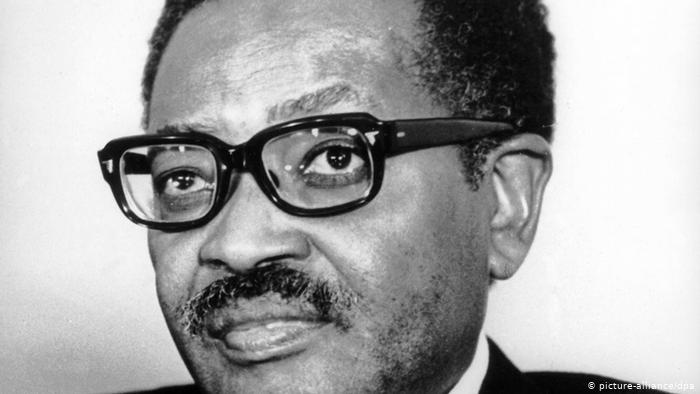 Described by many as the poetry writing African President, Agostinho Neto was born on September 17, 1922, and served as Angola’s President from 1975 to 1979.

As a boy whose parents were both school teachers, Agostinho Neto acquired basic education at a very young age which enables him to work in the colonial health services before going on to university to study Medicine.

Agostinho Neto published a volume of poems in Luanda in 1948 and was a member of the national cultural movement that was aimed at “rediscovering” indigenous Angolan culture. He was arrested shortly thereafter in Lisbon for political activities.

He returned to Angola in 1959 after completing his studies and was arrested in the presence of his patients in 1960 for his many campaigns against the colonial rule.

Agostinho managed to escape to Morocco, in 1962 where he joined the Angolan liberation movement in exile and eventually becomes the president of the Movimento Popular de Libertação de Angola (MPLA).

He became Angola’s President after the country gained full independence from the Portuguese, even though there were three political factions that vied for Angolan power, Agostinho’s MPLA seized Luanda at the expense of the other anti-colonial movements.

He published many poems in several Portuguese and Angolan publications and a volume entitled A Sagrada Esperanca (Sacred Hope), which was like a national anthem during his reign as President.

1. A silent idea is louder than spoken words

3. Where love grows, there is generosity.

4. It’s not a question of survival, it’s a question of trust, we must develop our continent without fear, for the future grows in us.