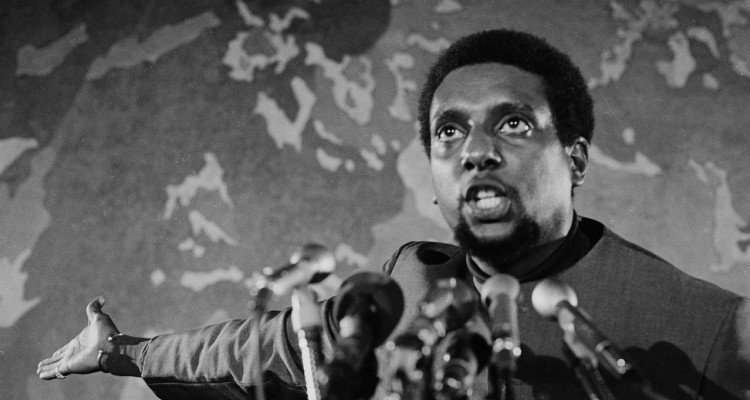 Here are 15 Powerful Quotes of the man who coined ‘Black Power’, Stokely Carmichael

1. Our grandfathers had to run, run, run. My generation’s out of breath. We ain’t running no more

2. The secret of life is to have no fear; it’s the only way to function.

5. This country is a nation of thieves. It stole everything it has, beginning with black people. The U.S. cannot justify its existence as the policeman of the world any longer. I do not want to be a part of the American pie. The American pie means raping South Africa, beating Vietnam, beating South America, raping the Philippines, raping every country you’ve been in. I don’t want any of your blood money. I don’t want to be part of that system. We must question whether or not we want this country to continue being the wealthiest country in the world at the price of raping everybody else.

6. There is a higher law than the law of government. That’s the law of conscience

7. Dr. King’s policy was, if you are nonviolent, if you suffer, your opponent will see your suffering and will be moved to change his heart. That’s very good. He only made one fallacious assumption. In order for nonviolence to work, your opponent must have a conscience. The United States has none.

8. Our noses are broad, our lips are thick, our hair is nappy-we are black and beautiful!

9. Now, then, in order to understand white supremacy we must dismiss the fallacious notion that white people can give anybody their freedom.

10. I ain’t going to jail no more. The only way we gonna stop them white men from whuppin’ us is to take over. What we gonna start sayin’ now is Black Power.

11. No man can given anybody his freedom.

12.One does not fight to influence change and then leave the change to someone else to bring about

13. I knew that I could vote and that that wasn’t a privilege; it was my right. Every time I tried I was shot, killed or jailed, beaten or economically deprived.

14. An organization which claims to speak for the needs of a community must speak in the tone of that community

15. The time for running has come to an end. You tell them white folk in Mississippi that all the scared niggers are dead!