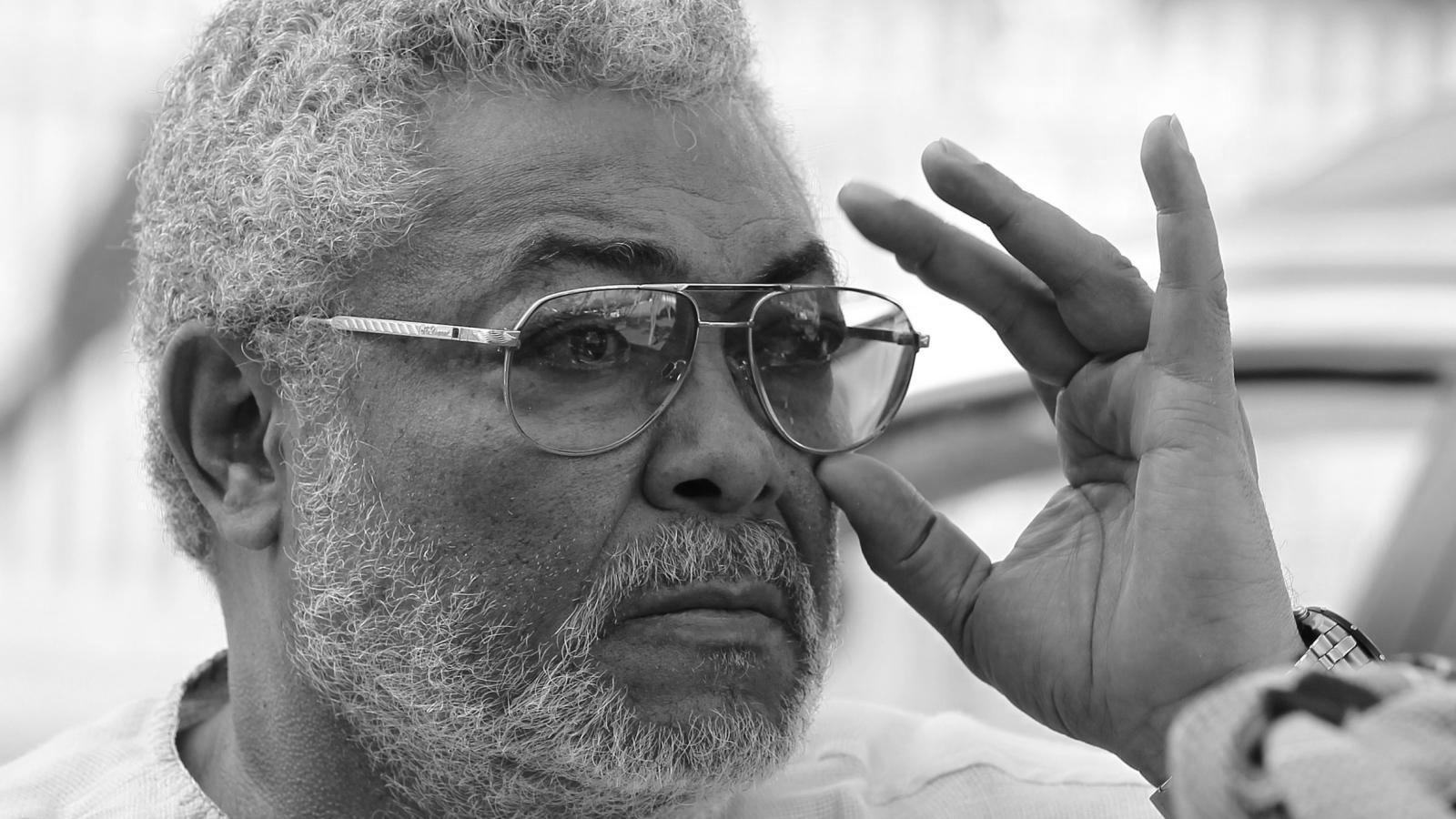 Rawlings was educated at Achimoto College in Accra and Ghana military academy at Teshie; He was commissioned as second lieutenant and a pilot officer in the Ghanaian air force in 1969. He was an expert pilot with great skills in aerobatics.

1. The most dangerous mistake of any political force is to forget its roots

2. People with conscience are sometimes appalled by the extreme insensitivity displayed by some political appointees. The unprecedented levels of corruption, offensive show of power and opulence by some at a time when our country requires prudence and frugality is something that I call on President Mahama and his vice to set their eyes on

3.Food is a political weapon…Africa’s foremost defence is self-sufficiency in food. Until we attain a substantial measure of freedom from food dependency, we are vulnerable to manipulation by the wealthier nations.

4. We owe a sacred duty to Ghana to serve her people and help to achieve our legitimate aspirations. The worst crime is to abuse the trust reposed in us and thus, destroy the hope of our people; that the sacrifices we make will yield a better future for all of us.

5. The battle for democracy, which involves a revolutionary transformation of the social and economic structures in the country, involves dedicated and difficult work, discipline, and sacrifice. The people of this country have begun to wage this battle, and we hope that we can count on friendly nations and institutions for respect, understanding and solidarity.

6. This is not a woman’s issue, it is a societal issue. We need our menfolk, those in farming and fishing, those in boardrooms, those in policy‐making fora, and certainly those in executive positions to change their attitudes towards women if we are to be successful in our quest for a more just society.

7. Nothing is more shameful for a people than a government imposing itself on the will of the people. Genuine electoral processes conducted without fear or intimidation, without the harsh use of our armed forces, produces a cleansing effect in society and reassures the people that their will has prevailed

8. Democracy is not realised merely by having a machinery for registering voters and getting them to vote every four years, but also by there being a machinery for identifying the needs of those voters in between the election periods, and monitoring the realization of those needs

9. People must not be seen as statistics but as individuals belonging to basic family units and small closely‐knit communities with hopes, philosophies of life and aspiration which go beyond the physical.

10. Whatever form of government we adopt as a people to suit our peculiar circumstances, our basic tenet is our common yearning and concern for every individual; for politics, whatever its colour must be an avenue to serve our fellowmen

11. The test of religious belief is not in pious platitudes and cautious charity, but in positive and creative action

12. The need to work vigorously towards a more equitable World Order must be seen as an essential part of the battle for the sustainable well being of all people on the globe. Deterioration in the quality of human life cannot be confined to the poorer developing countries whilst the few well to do insulate themselves from the consequences

13. It is not the absence of military interventions, which we seem to have achieved that will restore democracy, freedom, justice, and development. What is required is the integrity of leadership and ability to empower the people. Leadership should have confidence in our people and not feel intimidated by empowering them

14. While we concede that Africa bears the brunt of the responsibility for solving its population problems, we view with concern the striking cases of discrimination practiced by some developed countries against African Immigrations and those of African descent.