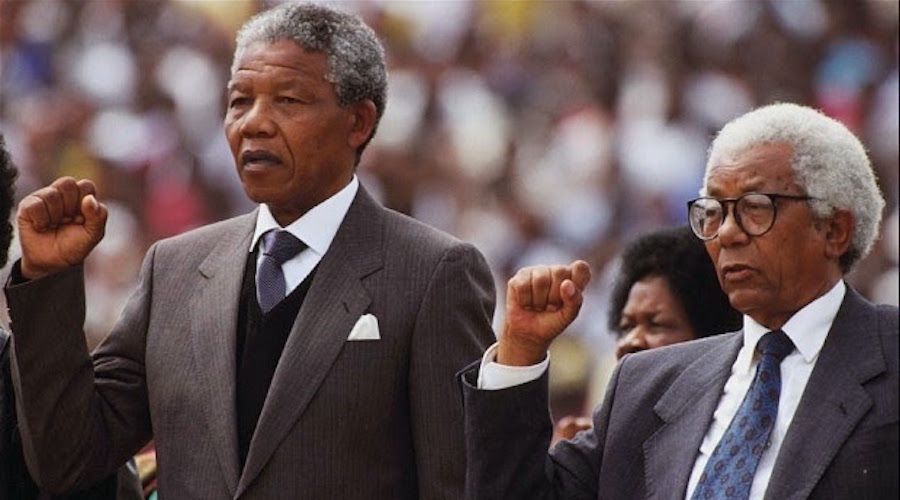 He once served as a Secretary General and the Deputy President of the African National Congress (ANC). Walter died on May 5, 2003 at the age of 90.

1. The fundamental principle in our struggle is equal rights for all in our country, and that all people who have made South Africa their home, by birth or adoption, irrespective of colour or creed, are entitled to these rights.

2. The people are our strength. In their Service we shall face and conquer those who live on the back of the people.

3. It is the job and task of all democrats, where ever we are located to advance this idea: That nothing short of full freedom will satisfy us.

5. . Let us see to it that everywhere the Congress of the People comes to symbolize the struggle against that which people oppose, and that which they fight for, that they may know Freedom before they die.

In the face of violence, men struggling for freedom have had to meet violence with violence. How can it be otherwise in South Africa? Changes must come. Changes for the better, but not without sacrifice. Your sacrifice. My sacrifice.
We face tremendous odds. We know that. But our unity, our determination, our sacrifice, our organisation are our weapons. We must succeed! We will succeed!

7. The “Freedom Charter” is the basic law of our liberatory movement, a declaration of principles uniting all the people in our land, except for the few reactionaries who see in the Charter the end of their long established domination and exploitation. The Charter is the picture of future South Africa, in which oppression and exploitation shall be no more. It is a document to be treasured by all who love freedom, for generations to come.

8. The government has already been shaken, the time has passed when they could rule the country as if we, the people, did not exist. Time is against them, the world is against them! We on the other hand are encouraged by the great spirit of the people of South Africa, by the growth of the national liberatory movement, by the unprecedented political consciousness of the people, and by the fact that the truth is with us

9. Once our people understand the Charter and its significance, the attainment of economic and political power in our lifetime – nothing can stand in the way of making its demands a reality

10. It would, however, be very wrong to imagine that we will do exactly what was done in 1913; and not to realise that times are different, and that the methods of the oppressor are not exactly the same as they were in the past.