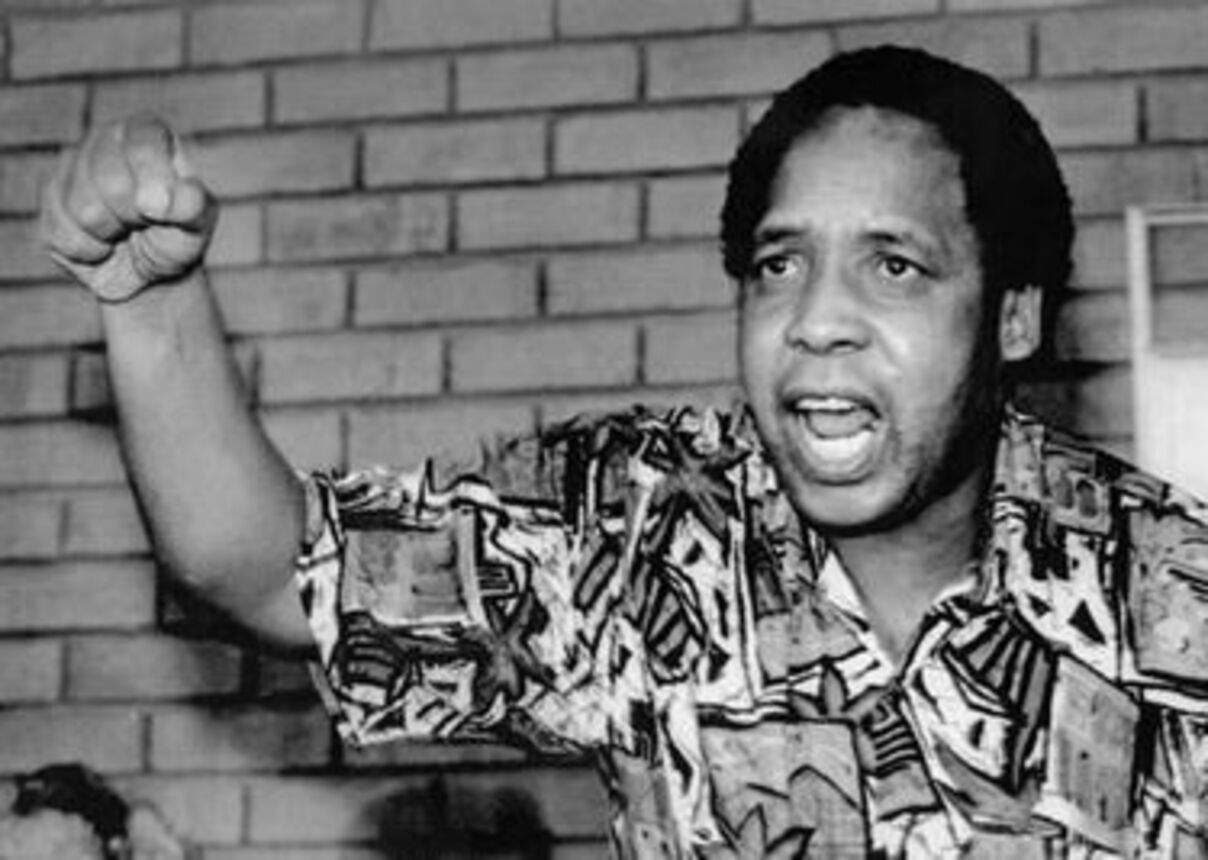 Thembisile ‘Chris’ Hani was born on June 28, 1942  in Sabalele, the Cofimvaba region of the former Transkei.

He was the fifth child of his parent.  He attended Catholic School and had the desire of becoming a priest but his Father moved him to Matanzima Secondary School at Cala, in the Transkei as a disapproval of his desire for Priesthood.

Thembisile ‘Chris’ Hani was the leader of the South African Communist Party and chief of staff of uMkhonto we Sizwe, the armed wing of the African National Congress (ANC).

Giving a detailed account of his University days, Hani described his exposure to marxist ideas, and his  fascination with Latin studies and English literature.

“In 1959 I went over to university at Fort Hare where I became openly involved in the struggle, as Fort Hare was a liberal campus. It was here that I got exposed to Marxist ideas and the scope and nature of the racist capitalist system. My conversion to Marxism also deepened my non-racial perspective.

“My early Catholicism led to my fascination with Latin studies and English literature. These studies in these two courses were gobbled up by me and I became an ardent lover of English, Latin and Greek literature, both modern and classical. My studies of literature further strengthened my hatred of all forms of oppression, persecution and obscurantism. The action of tyrants as portrayed in various literary works also made me hate tyranny and institutionalized oppression.”

1. What we need in South Africa is for egos to be suppressed in favour of peace. We need to create a new breed of South Africans who love their country and love everybody, irrespective of their colour.

2. We need to create the pathways to give hope to our youth that they can have the opportunity through education and hard work to escape the trap of poverty.

3. What I fear is that the liberators emerge as elitists who drive around in Mercedes Benz’s and use the resources of this country to live in palaces and to gather riches.

6. The imperialists have been very fast to learn that it is not the colour of the man which is important but the sort of social system that a given people adopts after independence.

7. If you want peace then you must struggle for social justice.

8. Now we say the country is in a state of civil war, but people who have seen this civil war are blacks, because the theatre of the action has been the townships and they have been the rural areas, the homelands and the bantustans. Very few whites, except on TV screens, have seen the reality of the civil war. For us, for this war to go to its logical development, the whites also must feel what the blacks are feeling. By this, we don’t mean an indiscriminate attack on whites.

10. I want to elaborate on this question of extending the armed struggle to the white areas. We don’t want to be misunderstood… it is not about embarking on mayhem against whites.. but we are going to step up our attacks against enemy personnel; we are referring to the members of the police forces, to the members of the SADF, to those in the administrations terrorizing and harassing our people.