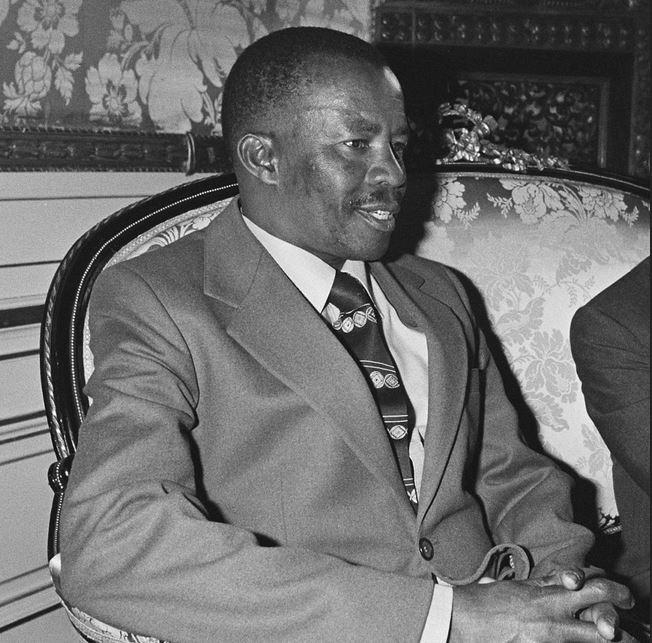 He was a founding member of Global Leadership Foundation and he contributed to the peace building effort to resolve conflict in most African countries notably Malawi, Mozambique, Rwanda, Democratic Republic of Congo, Lesotho, Ethiopia, South Africa, Ghana, Swaziland, etc.

He campaigned against the bondage of colonialism and apartheid in most African Countries.

1. The future of our country is paramount. We need visionary people on the future of the country not those who want to create a name only for themselves.

3. In a democracy like ours, elections belong to citizens, not the government and its institutions. Government institutions conduct elections on behalf of the people.

4. Even as we have differed among ourselves over the course of 11 general elections, we have, nonetheless, continued to travel together towards our common destiny.

I pray that, that which divides us as Botswana will, therefore, continue to be less than that which joins us as a nation that is proudly united in its diversity. In this way, our differences of political perspective will remain a source of our governing strength.

5. Corruption imposes heavy costs on the economy and distorts development policies. It hurts the poor disproportionately by diverting funds intended for development. It undermines government’s ability to provide essential services. It fuels inequality and injustice and discourages foreign investment

6. One major challenge facing us is how to develop programs for Botswana’s youth, in order to empower them to compete globally and make them better global citizen.

7. We used to say to our donors, ‘help us to help ourselves, and the more you help us, the sooner you will get rid of us.’

8. The youth represent Africa’s best developmental asset but they also pose a great challenge because of the urgent need to create a sustainable employment opportunity for them.

9 As a nation, our society is founded on principles of consultation, unity, development, democracy and the concept of Ubuntu…Ubuntu is what distinguishes us from animal.

10. We, the young people, wished to see Botswana acting as a country at the end of the colonial era, not as tribes