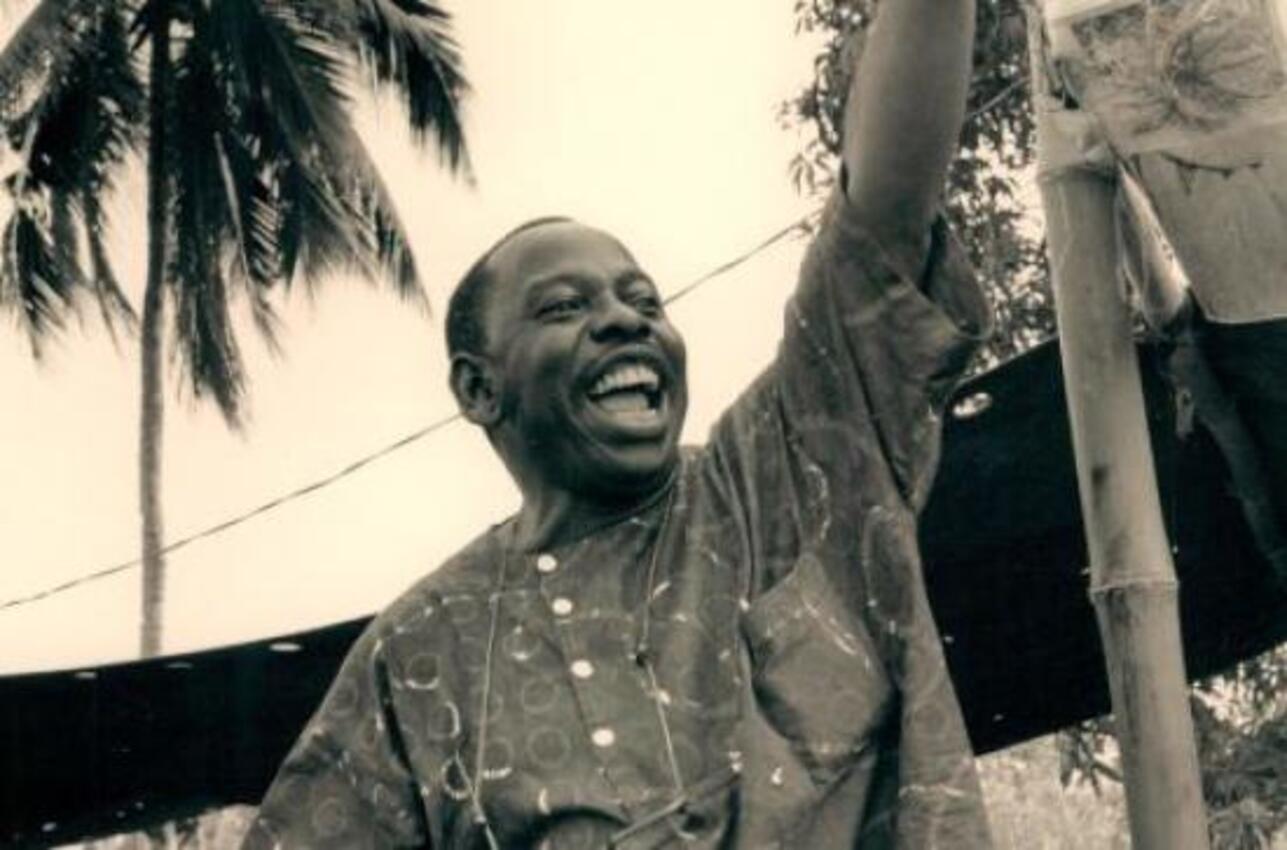 Ken Saro Wiwa was a Nigerian Writer, and a human rights activist whose burden to liberate his people led to his execution on November 10, 1995.

Born on 10 October 1941, Ken Saro Wiwa was the winner of the Right Livelihood Award and the Goldman Environmental Prize for his environmental activism. Some of his popular writings include:

As he narrated in his detention dairy, A Month and a Day (1995), his most potent weapon against political tyranny was his spoken words, according to him  “the word is power and more powerful is it when expressed in common currency”

Although many writers believed some of his actions were extreme; like comparing the Nigerian government treatment of the Ogoni people with Britain, Ken’s message of environmental degradation of Multi-National Companies operating in the Niger Delta region of Nigeria is still calling out for justice.

1. The inconveniences which I and the Ogoni suffer, the harassment, arrests, detention, even death itself is a proper price to pay for ending the nightmare of millions of people.

2. I have no doubt about the ultimate success of my cause no matter the trials and tribulations which I and those who believe with me may encounter on our journey. Neither imprisonment nor death can stop our ultimate victory.

4. The most important thing for me is that I’ve used my talents as a writer to enable the Ogoni people to confront their tormentors. I was not able to do it as a politician or a businessman. My writing did it. And it sure makes me feel good! I’m mentally prepared for the worst but hopeful for the best. I think I have the moral victory.

“We all stand on trial, my lord, for by our actions we have denigrated our country and jeopardized the future of our children.”

5. I am not one of those who shy away from protesting injustice and oppression, arguing that they are expected from a military regime. The military do not act alone. They are supported by a gaggle of politicians, lawyers, judges, academics, and businessmen, all of them hiding under the claim that they are only doing their duty, men and women too afraid to wash their pants of their urine. We all stand on trial, my lord, for by our actions we have denigrated our country and jeopardized the future of our children.

6. Whether I live or die is immaterial. It is enough to know that there are people who commit time, money, and energy to fight this one evil among so many others predominating worldwide. If they do not succeed today, they will succeed tomorrow.

7. I have devoted all my intellectual and material resources, my very life, to a cause in which I have total belief and from which I cannot be blackmailed or intimidated.

8. Oil was at the centre of the Nigerian Civil War. People from oil-bearing land were the main victims. Twenty years later, the system of revenue allocation, the development policies of successive Federal Administrations, and the insensitivity of the Nigerian elite have turned the Delta into an ecological disaster and dehumanized its inhabitants. The notion that the oil-bearing areas provide the revenue and yet be denied a proper share of that revenue is unjust. The silence is deafening. The affected people must not be frightened by the enormity of the task, by the immorality of the present. I call upon the Nigerian elite to play fair.

9. We are witnessing the birth of a new phenomenon, the decision of a small group of people that they will not tolerate their dehumanization even by people of the same colour of skin. And that all the guns in the world, the casuistry of dictatorship and the threat of death and imprisonment cannot deter a people determined to secure their
God-given rights and protect their inheritance.

10. I am recreating the Ogoni people, first and foremost, to come to the realization of what they have always been which British colonization tried to take away from them. So my effort is very intellectual. It is backed by theories and ideas which will, in fact, matter to the rest of Africa in the course of time