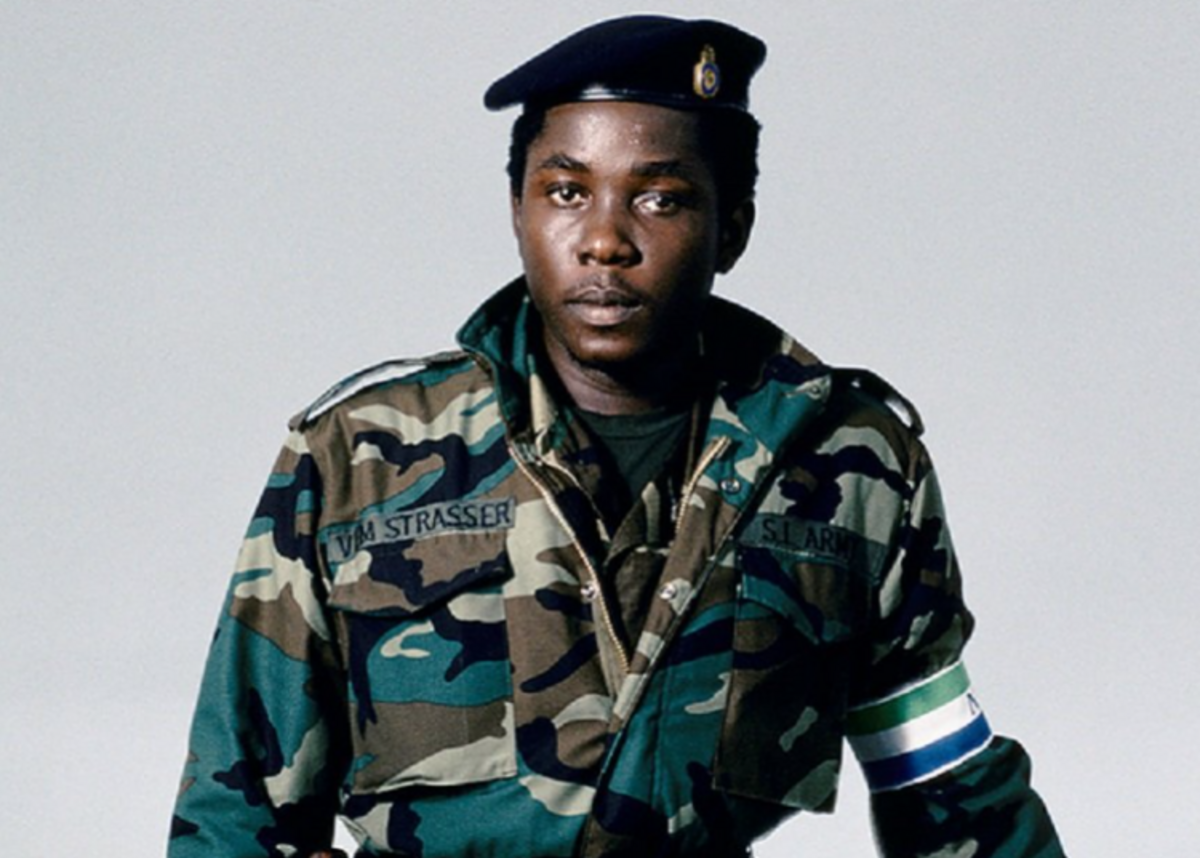 Would you have imagined that a man in his twenties could lead Africa at one point? I doubt it. With the clusters of aged people holding political positions all over the world, particularly in Africa, where young people are given little to no recognition in taking up political seats, there was Valentine Strasser, who served as a head of state of Sierra Leone at the age of 25.

Valentine Esegragbo Melvin Strasser was born on April 26, 1967, in Freetown, Sierra Leone’s capital, and grew up in the AllenTown neighborhood, a small city on the east end of Freetown.

Valentine Strasser finished his secondary education in 1985 at the Sierra Leone Grammar School in Freetown. He was a high achiever in Mathematics and Chemistry in high school. Valentine Strasser joined the Republic of Sierra Leone Military Forces (RSLMF) at 18 years, shortly after graduating from high school. He was commissioned into the Sierra Leone army at the age of 19, following his combat training at the Benguema Military Training School in Benguema, a town just outside Freetown.

Not long after Strasser joined the military, President Stevens stepped down at the end of his term on November 28, 1985, and handed over the nation’s power to Major General Joseph Momoh, an inept leader who still, however, upheld the status quo.

Following Valentine Strasser’s commissioning, the young ambitious man was assigned to the eastern region of Kailahun to continue fighting alongside other brave soldiers who fought against the Revolutionary United Front (RUF). The war was led by a former army corporal named Foday Sankoh, who was fighting against President Momoh’s legitimate government back then.

Valentine Strasser: The Reason and Rise of Political Ambition

While the war was on, the weapons provided to Valentine Strasser’s battalion front were no fit for the rebels. The soldiers used arms and ammunition from the Second World War, which frequently failed to fire at critical moments. However, the rebels used the most sophisticated weapons available at the time, which fired at the flick of a finger.

The ammunition provided for RUF rebels was aided through funds from alluvial diamond mines to buy arms and ammo from neighboring Guinea, Liberia, and sometimes even South Lebanon soldiers.

Valentine Strasser and his teammates ran out of resources like boots as well as other necessary military supplies as the battle against the RUF rebels intensified.

Their numerous requests to the Sierra Leonean government for supplies to help enhance Strasser and his fellow soldiers at the war front against the RUF were ignored. The soldiers’ pay was also never received on time. They began to suspect that they were being set up to be killed.

After many fruitless pleas, a group of the young army led by Valentine Strasser, who was already disabled from a gunshot wound in the leg, unanimously decided to depose the head of state from his official position.

Valentine Strasser and a team of brave soldiers like himself rushed to the presidential villa on April 29, 1992. It was the third day after his 25th birthday and 2nd day after the nation had just celebrated its independence. They drove in a vehicle they had hijacked from a senior officer the day before on April 28th (the day before).

When Strasser and his colleagues arrived in Freetown, they conveniently occupied the State House. How? When the soldiers arrived, President Momoh had already fled to an unknown location and went into exile in Conakry, Guinea. In Guinea, Momoh was granted political refugee status by President Lansana Conté.

Following the successful coup, Strasser and his men seized power, establishing a military regime called the National Provisional Ruling Council (NPRC) and making Strasser its leader and Head of State, making him the world’s youngest president.

Valentine Strasser’s April 29 coup was met with thunderous support across the country, and even the global community wished him well. A 25-year-old had saved a country that was on the verge of total collapse.

Valentine Strasser’s reign ended exactly three years, eight months, and fifteen days after he was deposed by his deputy, Brigadier General Julius Maada Bio, who was unhappy with how he was handling the country.

Following his overthrow, the UN arranged for Strasser to leave Sierra Leone and study at Warwick University in the United Kingdom. However, Strasser dropped out after only 18 months when UN funding for his education was discontinued. The UN appears to be pressured by lobby groups who accused the Strasser regime of countless extrajudicial killings.

Following this, he faced numerous challenges, including attempting to settle down and feeding himself and his family. In fact, he was denied entry into some countries. All of this caused him to become very ill, from which he has not yet recovered.

Valentine Strasser became gravely ill in January 2019 and was brought to Ghana for medical care. His left leg was amputated during his treatment but was stabilized. He stayed in the country for more than a year before coming home to a newly built house courtesy of President Julius Maada Bio.

In Africa, it has become a political debate whether age matters in leadership; most young people are giving up on their countries’ political situations. Let us all learn from Valentine Strasser’s life. We can rise to power at a critical juncture in the world’s history. However, let us avoid actions that will tarnish our reputation.

Power corrupts, particularly when it is obtained by force, and absolute power corrupts absolutely. However, if we tread lightly, we can have a significant positive impact.

“Fellow citizens, for over 23 years we have been misruled by an oppressive, corrupt, exploitative, and tribalistic bunch of crooks and traitors, under the umbrella of the APC (All people’s Congress) government.

This regime has perpetuated nepotism, tribalism, gross mismanagement, and total collapse of our economy, education, health, transport, and communication systems.