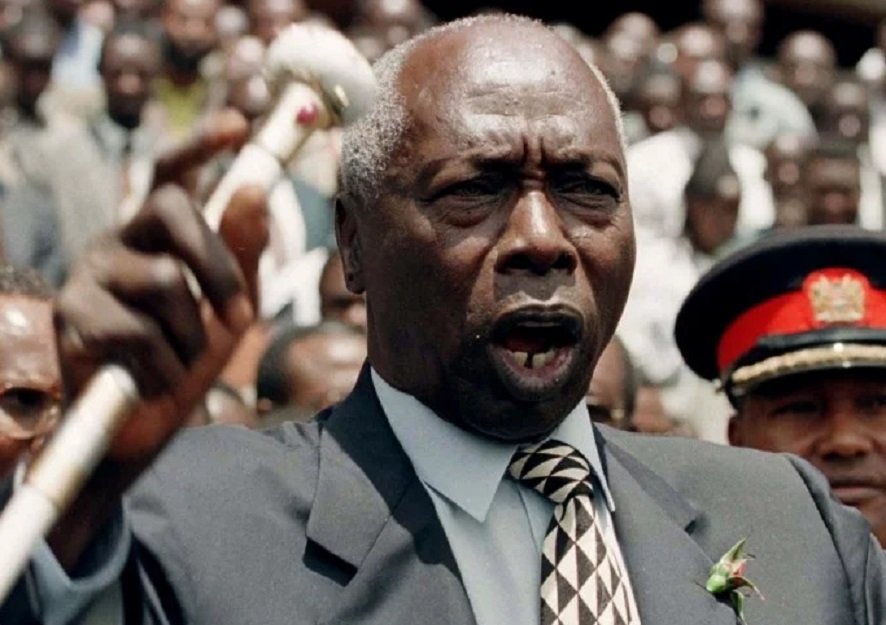 Moi’s childhood was characterized by tragedy; he lost his father at the age of two and  became the herder of his family livestock for 8 years before starting formal education at the mission.

He journeyed into politics after his training as a teacher and was part of the five African members’ colony’s Legislative Council in 1955. He became the Vice President of Kenya in 1967 and President in 1978. He was popularly called Nyayo, a Swahili word for “footsteps”

Moi passed on in the early morning of February 4, 2020, at the Nairobi Hospital.

1. I will be leaving to be an ordinary citizen. But those who will assume the leadership of this country I appeal to you not to bring Kenya to shame. Don’t anchor your politics on hate. If there is anyone who insulted me, I forgive him. If I said something that hurt you, forgive me

2. I announced in 1998 that I will retire when the current five-year term comes to an end but some people doubted this because they think that in Africa, people do not just relinquish the presidency. The real power is with the people and we are just their trustees. And that is why I keep telling those who are eyeing leadership of this country, please be principled. You cannot be jumping from one party to another. If you decide to join Kanu you must understand what Kanu stands for and why you are joining it.

3. I have always called for African unity. And I have told you that we should love one another and live in peace.

4. The people gave us the mandate and empowered the Member of Parliament to represent them. Of what use is it to go back to Wanjiku to write the constitution? What sort of game are we playing? It is three years already yet the constitution is not ready yet). – Restating his opposition to the Prof Ghai-led popular initiative in drafting the constitution. President Moi had wanted a team of experts to draft the document instead of going around the country collecting views.

5. The leadership of this country will change and when that happens, a lot of other things will change too. Foremost, Moi will no longer be the president.

6. I looked around and concluded that Uhuru Kenyatta is the one who can competently lead this country. Yes, my vice president (Prof Saitoti) is my friend but friendship is not the same as leadership. Being a leader needs perseverance. If you are insulted you must persevere. I have been through that and if I was a bad person I would have dealt with them.

7. Where there is peace, then there is stability and only in the arena of stability will you find investment, enterprise, and progress

8. Bad politics results in a miserable life for citizens