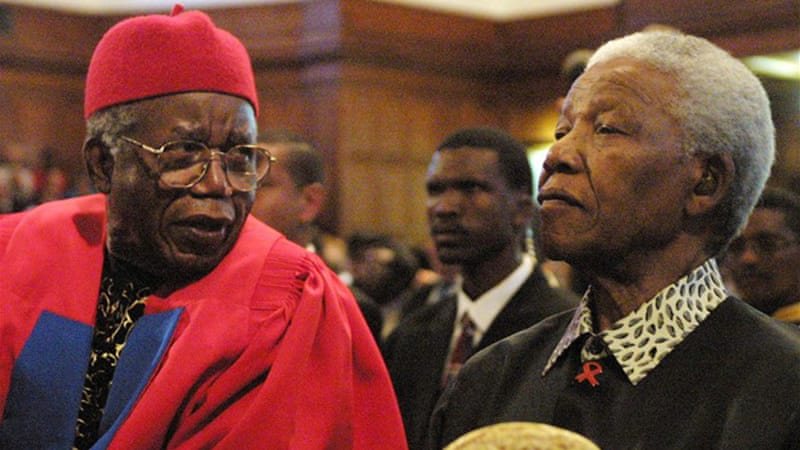 Africa has been blessed with thousands of heroes whose heroic deed has inspired hope and brought about a new wave of unity in Africa. These African heroes who were just like the rest of us rose through the ranks and contributed their quota to the development and the advancement of democracy in Africa.

As Heroes, they were mostly concern about adding values and making a difference in life, from literature, religion, and politics, their names have been written in gold and history will never forget their historic deeds. If you want to join the league of African heroes, you have to learn from them, practice selflessness and strive to make a difference in life.

Chinua Achebe is widely considered as Africa’s greatest storyteller. The African novelist whose novel “Things Fall Apart’ was listed in Time magazine Best English-language Novels from 1923 to 2005 died on March 21, 2013.  His love for literature and creativity has inspired a generation of Writers in Africa. Achebe was not just a writer of literature but a teacher of creative writing.

“The world has no end, and what is good among one people is an abomination with others,” Things Fall Apart (Published 1958)

Ellen Johnson Sirleaf was the 24th President of Liberia who stayed in power for 12 years. She became the President of Liberia after decades of wars and violent coup. She is the first elected woman head of state in Africa. She won the Nobel Peace Prize in 2011 by her contribution to peace in Liberia and her interest and struggle for women’s rights.

John Garang de Mabior was the leader of the Sudan People’s Liberation Movement who led two decades of war for the liberation of Southern Sudan. He led his group to sign a historic peace deal that end the longest civil war in the history of Africa.

Even as a Church Minister, Desmond Tutu’s contribution to the success of the Anti-Apartheid crusade and his role as a human rights activist is laudable.

Tutu was the first Black Dean of a racially mixed congregation of his Church in Johannesburg. During his times as the dean in the Church, he started the campaign for the ordination of women as priests.

Do your little bit of good where you are; it’s those little bits of good put together that overwhelm the world. – Desmond Tutu

Kofi Annan was the seventh Secretary-General of the United Nations. He was the first black African to occupy that position. He was a soft-spoken and morally firm leader, whose leadership was able to stabilize the decade of turmoil that challenged our peaceful co-existence in the World. He was awarded the Nobel Peace Prize in 2001.