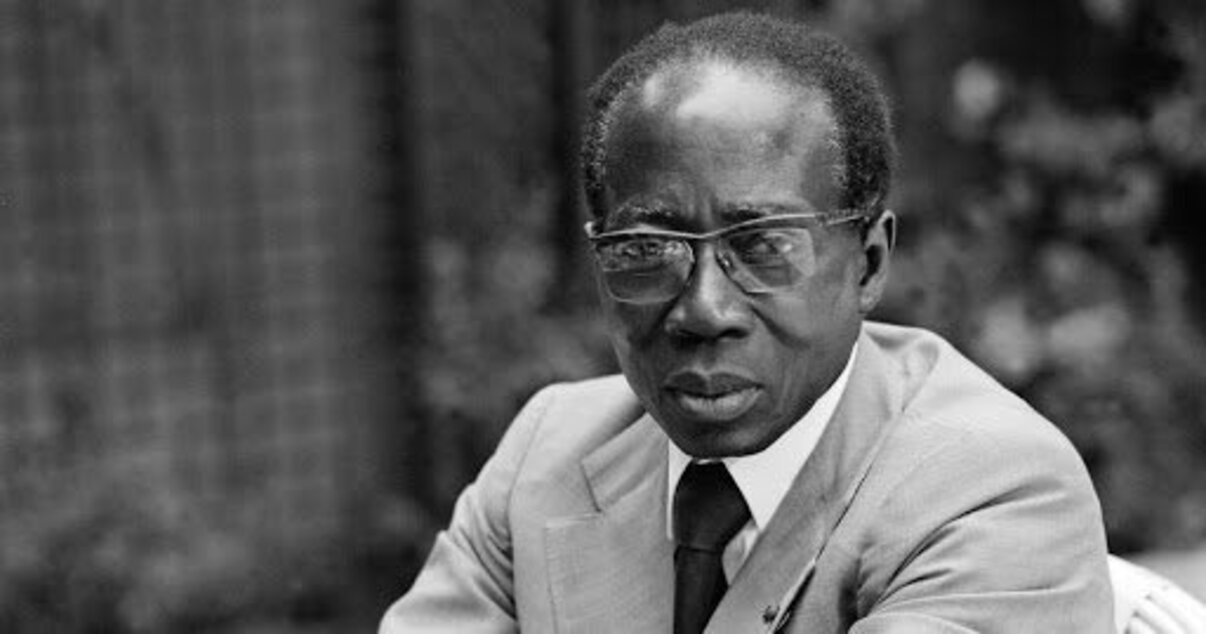 1. What we require is a single African organization through which Africa’s single voice may be heard, within which Africa’s problems may be studied and resolved. We need an organization which facilitate acceptable solutions to
disputes among Africans and promote the study and adoption of measures for common defense and programmes for co-operation in the economic and social fields. – His Imperial Majesty Haile Selassie I, Former Emperor of Ethiopia

2. In 1958, the first National Constitution of my country – entirely inspired by my regretted predecessor, the late -President Barthelemy Boganda, who believed deeply in African Unity foreshadowed the relinquishment of a considerable part of its powers and sovereignty for the benefit of a larger and more solid African Nations, which explains why my country renounced its colonial name, “The Territory of Ubangi – Chari” in favour of the Central African Republic, thus opening the door to other brother nations that did not belong to the natural basin of the Ubangi River – David Dacko, Former President of the Central African Republic

3. There is no much sense in building Africa in sovereign States, independent of each other for we know that it is from our union and from it alone, that we shall draw sufficient strength to assert ourselves in the world. – François Tombalbaye, former President of the Republic of Chad

4. The unity of Africa reflects the most noble of aims. It ‘must be pursued by all who are convinced of its necessity – Fulbert Youlou, former President of Congo (Brazzaville)

5. No sporadic act nor pious resolution can resolve our present problems. Nothing will be of avail, except the united act of a united Africa. We have already reached the stage where we must unite or sink into that condition which had made Latin-America the unwilling and distressed prey of imperialism after one-and-a-half centuries of political independence. – Kwame Nkrumah, Former President of Ghana

6. On this occasion, we have all become aware of the need for Africa unity, and are resolved to study the means of attaining it, in the political as much as in the economic field. The institutions necessary for this unity will not be long in emerging. Africa will be transformed by it, to make unprecedented progress. – His Majesty Mwami Nwambutsa IV, Former King of Burundi

The struggle against colonialism does not end with the attainment of national independence. Independence is only the prelude to a new and more involved struggle for the right to conduct our own economic and social affairs; to construct our society according to our aspirations, unhampered by crushing and humiliating neo-colonialist controls and interference. – Kwame Nkrumah, Former President of Ghana

7. Our experience has taught us that mutual confidence and respect between partners constitutes the basis of success of all efforts at unity. That is why we have avoided letting our own current national reconciliation turn into a settling of old scores. Nothing can be built on hatred, on bitterness, or on vengeance. – Joseph Kasa-Vubu,
Former President of the Republic of Congo

8. If we do not approach the problems in Africa with a common front and a common purpose, we shall be haggling and wrangling among ourselves until we are colonized again and become the tools of a far greater colonialism than we suffered hitherto. – Kwame Nkrumah, Former President of Ghana

9. National independence is… what African unity is for each of our nations, and what soil fertility is for a tree.Indeed none of our nations taken in isolation could validly represent Africa or completely rehabilitate its peoples – Sekou Toure, Former President of Guinea

10. Today, we look to the future calmly, confidently and courageously. We look to the vision of an Africa not merely free but united. In facing this new challenge, we can take comfort and encouragement from the lessons of the past. We know that there are differences among us… But we also know that unity can be and has been attained among men of the most disparate origins, that differences of race, of religion, of culture, of tradition, are no insuperable obstacle to the coming together of peoples – His Imperial Majesty Haile Selassie I, Former Emperor of Ethiopia

11. What binds us is beyond history: it is rooted in pre-history. It arises from geography, ethnology, and hence from culture. It existed before Christianity and Islam; it is older than all colonization. It is that community of culture which I call African-ness – Leopold Sedar Senghor, Former President of Senegal

12. We hardly know each other and we have barely had time to draw up an inventory of the things which bring us together and those which divide us. We have to break down all divisions inherited from the colonial era. It must not be forgotten that for a very long time Africa was a continent open to the world and closed to itself. – Habib Bourguiba, former President of Tunisia

13. The unity of our continent, no less than our separate independence, will be delayed if, indeed, we do not lose it, by hobnobbing with colonialism. African Unity is, above all, a political kingdom which can only be gained by political means. – Kwame Nkrumah, Former President of Ghana

14. African unity cannot come by divine will, “Let there be unity”. And none of us is prepared in the name of unity to invite a Napoleon to come and bring about such unity by conquest. We are therefore left with only one method of
bringing about African unity. That method is the method of free agreement. – Julius Nyerere, Former President of Tanzania

Even more on the economic than the political level, African unity will be our salvation. – Ahmadou Ahidjo, Former President of Cameroon on African Union

15. The African unity that we are firmly decided to achieve…. must be an efficacious weapon to annihilate
forever foreign domination in all its forms on our continent – David Dacko, Former President of the Central African Republic

16. If we want this unity in Africa, we must first agree to certain essential things: The first is that African States must respect one another. There must be acceptance of equality by all States. No matter whether they are big or small, they are all sovereign and their sovereignty is sovereignty. Alhaji Abubakar Tafawa Balewa, Former Prime Minister of Nigeria

17. Our main difficulty lies in the links we still have with the powers which shattered our culture and exploited our resources human and material. We cannot run away from the fact that the economies of our new states are still dependent on external powers. But our peoples remain sensitive and proud and they look to a day when their leaders will give them full freedom – Milton Obote, Former President of Uganda

18. Unity is a work that takes time. The Pace of history must not be forced. We must build solidly on a
basis of popular consent, mutual esteem and respect for all sovereignties. Nothing lasting can be forged in the fire of hasty improvisation or and lambent sentiment – Habib Bourguiba, former President of Tunisia

19. All we need to do is develop with our united strength the enormous resources of our continent. A United Africa will provide a stable field of foreign investment, which will encourage as long as it does not behave inimically to our African interests. – Kwame Nkrumah, Former President of Ghana

20 In a very real sense, our continent is unmade; it still awaits its creation and its creators. It is our duty and privilege to rouse the slumbering giant of Africa, not to the nationalism of Europe of the Nineteenth Century, not to regional consciousness, but to the vision of a single African brotherhood bending its united efforts toward the achievement of a greater and nobler goal. His Imperial Majesty Haile Selassie I, Former Emperor of Ethiopia

21. This is indeed a momentous and historic day for Africa and for all Africans. We stand today on the stage of world affairs before the audience of world opinion. We have come together to assert our role in the direction of world affairs and to discharge our duty to the great continent whose 250 million people we lead – His Imperial Majesty Haile Selassie I, Former Emperor of Ethiopia

22. Our people call for unity so that they may not lose their patrimony in the perpetual service of neocolonialism. In their fervent push for unity, they understand that only its realization will give full meaning to their freedom and our African independence. – Kwame Nkrumah, Former President of Ghana

African unity will be built by frank collaboration, honest negotiation and democracy. This is my wish for the future of our continent. – Habib Bourguiba, former President of Tunisia

23. When we speak of African Unity we beware of clichés and empty words. Our guiding principles should be idealism, tempered by realism, vision and imagination accompanied by a sober concern for practicability. We should not afraid to acknowledge that any form of association, federation or union implies a voluntary limitation on each State’s sovereignty. – Aden Abdulla Osman, Former President of Somalia

24. If we permit ourselves to be tempted by narrow self –interest and vain ambition, if we barter our beliefs for short-term advantage, who will listen when we claim to speak for conscience, and who will contend that our words deserve to be heeded? We must speak out on major world issues, courageously, openly and honestly, and in blunt terms of right and wrong His Imperial Majesty Haile Selassie I, Former Emperor of Ethiopia

25. Although our countries have gained their political independence, mental decolonization remains to be won. We are convinced that the mental decolonization of our people will enable us to resolve some of the difficulties which oppose us to each other. – François Tombalbaye, Former President of the Republic of Chad

26. The Important thing is that we transform each of our weaknesses into strength that we make of every African
a man who eats and educates himself to his fill: a developed man: – because he has consciously cultivated in himself, in body and soul, all the virtues of African-ness. – Leopold Sedar Senghor, Former President of Senegal

27. In dealing with our problems, it is necessary that we heed the lessons which history has taught us. We must bear in mind that the interests of Africa will best be served by those who belong to Africa, and whose primary loyalties lie with Africa. It would be prudent to remember that African States share a common destiny, and that no state can hope to prosper in isolation We must be resolute in our efforts to maintain a united front, and to counteract all attempts at the establishment of permanent rival political blocs or grouping in our continent. – Aden Abdulla Osman, Former President of the Somalia

28. The hard facts of today’s Africa oblige us therefore to accept each other as we are, to keep this firmly in mind and try to understand each other. – Ahmadou Ahidjo, Former President of Cameroon

29. We all want a united Africa, united not only in our concept of what unity connotes, but united in our common desire to move forward together in dealing with all the problems that can best be solved only on a continent basis. – Kwame Nkrumah, Former President of Ghana

30. Africa is today at mid-course, in transition from the Africa of yesterday to the Africa of Tomorrow. Even as we stand here, we move from the past into the future. The task on which we have embarked, the making of Africa, will not wait. We must act, to shape and mold the future and leave our imprint on events as they slip past into history. – His Imperial Majesty Haile Selassie I, Former Emperor of Ethiopia