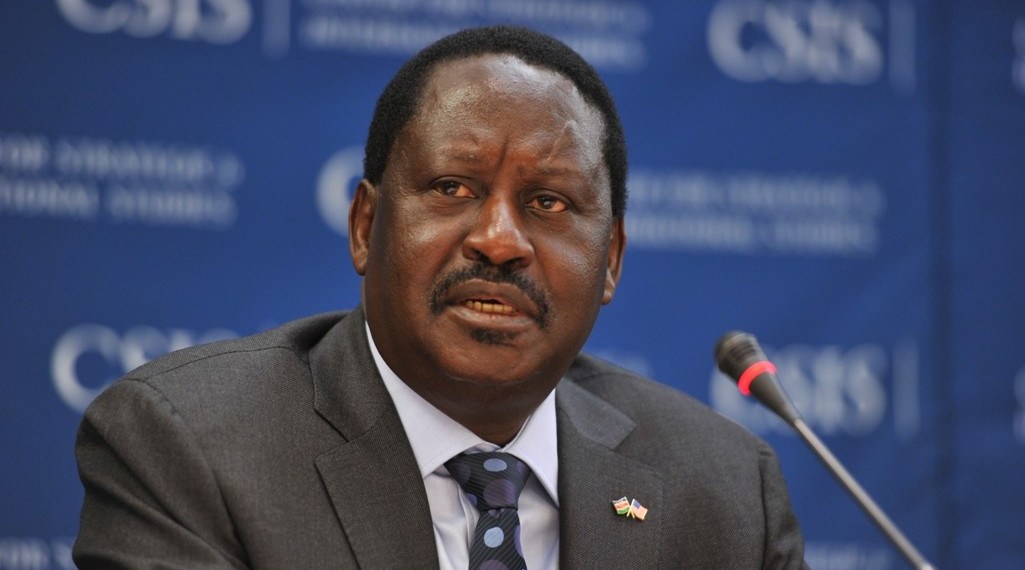 Raila Odinga is Kenyan Businessman, Politician, former Prime Minister and the leader of the Orange Democratic Movement; the largest opposition party in Kenya.

As a politician, Raila Odinga represented Langata as Member of Parliament from 1992 to 2007;  he served as Minster for Energy, Minister for Roads, Public work and Housing and has contested for Kenyan Presidency thrice.

Born on 7 January 1945, Raila is the son of the first vice president of Kenya, Jaramogi Oginga Odinga and has been described as one of the leading force for the democratization process of Kenya

1. You cannot forget the past, but you can forgive him

2. I’m no fool, I had no choice but to make a painful decision to work with Uhuru in a bid to realize a unitary state

3. The men and women who paid the ultimate price so that we may live in freedom only had the nasty reward of being called bandits and terrorists when the war was over.

4. Young people now begin the day checking the phone battery and data bundles. Something to wear, something to eat and a place to sleep come much later. Battery, bundles and the phone are the new basic needs.

5. Africa is the richest continent on earth with regard to raw materials. The paradox is that it is also the poorest in terms of the living conditions of its people

6. Regardless of what you hear, the successes and failures you see, I want to tell you that it still pays to work hard and play by the rules. Success is a lie when founded on short cuts and deals negotiated in smoke-filled rooms.

7. The security of the country must be in the hands of the best men and women for the job.

8. The future is moving toward Africa but for us to accommodate the future and create opportunities, we will have to do more than exporting raw materials and venture into value addition and manufacturing

9. I can feel the pain of the Mau Mau and the other freedom fighters. They must have concluded that life is cruel and worthless and that Kenya has no place for heroes.

10. Africa has a historic opportunity, born out of a historic tragedy, to put an end to our tradition of importing everything and producing nothing.

11. The networks of corruption have become extremely active. We hear warning to the corrupt, but we see none sacked or arraigned in court.

12. Even gold, diamonds and crude oil should never leave Africa as raw materials for industries in other continents.

13. When people are mobilized as ethnic groups and not as followers of some ideology, it will not matter how well or badly the regime performs in terms of delivering national programs. The nation comes last.

14. Africa’s universities have had a poor rating in global rankings largely because they lag behind in the execution and dissemination of research. Within the Continent, South African universities dominate the top raking because of a strong research agenda driven by significant government and corporate funding.

15. Women make nations through innumerable sacrifices and should be accorded their deserved place, honor and dignity.

16. The mediocrity with which Africa has been ruled is responsible for its underdevelopment

17. Our land is littered with epitaphs and unmarked graves of opposition parties that arrived with pomp and died without notice

18. The problem we have is the mismatch between skills and demand in the market. We have so many young people running around with only academic papers.

19. The stone throwing and house burning is no longer a face of Kenya . Kenya is now a destination for investment and tourism

20. Gone are the days when African Leaders used to misrule their people and the rest of Africa was quiet under the guise of what was called non-interference

21. You cannot have free and fair elections while one party controls completely and monopolizes the instruments of power

22. I congratulate the outgoing Nigeria President Mr Goodluck Jonathan for his grace in conceding defeat.

24. At independence Kenya’s economic indicators were equal to those of South Korea, but 45 years down the road, Korea’s Economy is 40 times that of Kenya

25. It is my view that it is a big embarrassment for Africa. It is hypocritical for African leaders to talk about democracy and human rights and to be silent when these things are happening in Zimbabwe