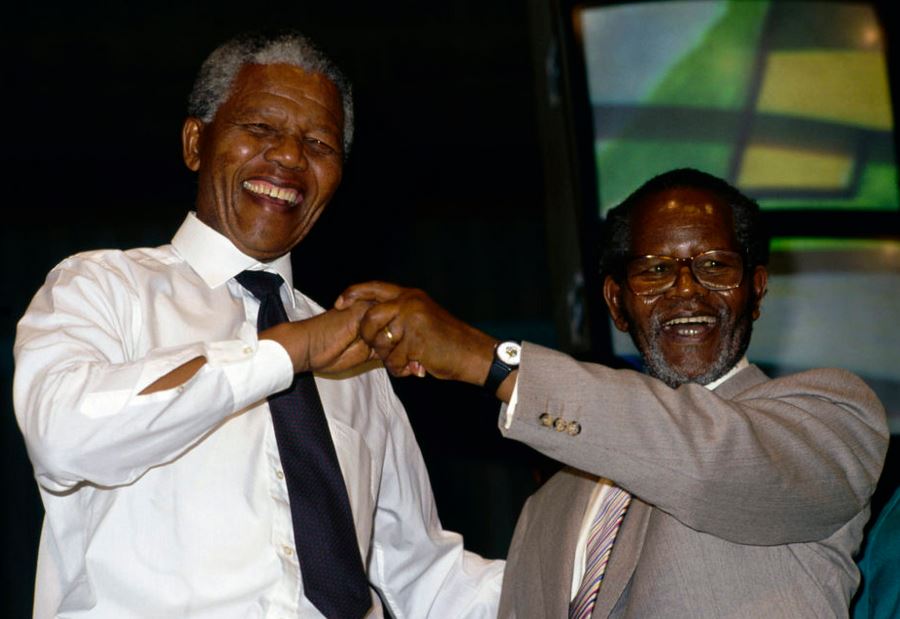 Oliver Tambo was a South African Politician, anti-apartheid hero and a leader who lead the African National Congress (ANC) for 30 years.

Born October 27, 1917 in Eastern Cape South Africa, Oliver Tambo was a founding member of the ANC Youth League in 1944.

His simple lifestyle and respect for all people endeared him to most South Africans, and he was one of the most loved ANC leader.

Here are 20 Quotes of Oliver Tambo

1. The children of any nation are its future. A Country, a movement, a person that does not value its youth and children does not deserve it future.

2. The fight for freedom must go on until it is won; until our country is free and happy and peaceful as part of the community of man, we cannot rest.

3. “We have a vision of South Africa in which black and white shall live and work together as equals in conditions of peace and prosperity.

4. What I condemn, with all the vehemence I can muster, is the fact that for three quarters of a century we have been victims of white minority rule, which has progressively become more violent against us up to the point where it assumes the forms we are witnessing.

5. Racial discrimination, South Africa’s economic power, its oppression and exploitation of all the black peoples, are part and parcel of the same thing.

7. The true facts are not always obvious. They often have to be looked for.

8. Some of us don’t like violence at all. I have an abhorrence of violence – I even take insects out of the bath. But we are forced into violence. I, for example, won’t hunt to kill because I do not like to kill.

9. The apartheid enemy tries to separate us into ancient ‘tribal’ entities and pretends to be concerned about the preservation of our cultural heritage

10. I would not hesitate to vote for a white person as president if I thought he was the best person for the job.

11.Our target is not negotiations, it is the end of the apartheid system. There can be no compromise about that.

12. I didn’t really want to be a teacher, but there was nothing else I could be. Most of those who went to the university became teachers. It was just the racial restriction on Africans.

14. Whites, like ourselves, belong to our country. They are compatriots, fellow citizens… we see them as Africans.

15. The people of South Africa are ready to stand up to the oppressions of the Pretoria regime, and they are ready to fight back.

16. Who is a terrorist? Is it not the person who has been persecuting human beings simply because they are black?

17. Whoever says that sanctions will only deteriorate the situations of blacks in South Africa does not know the criminal, murderous character of genocide that represents the system of apartheid.

18. We seek to create a united democratic and non-racial society.

19. Using the power you derive from the discovery of the truth about racism in South Africa, you will help us to remake our part of the world into a corner of the globe on which all – of which all of humanity can be proud.

20. It is our responsibility to break down barriers of division and create a country where there will be neither Whites nor Blacks, just South Africans, free and united in diversity.