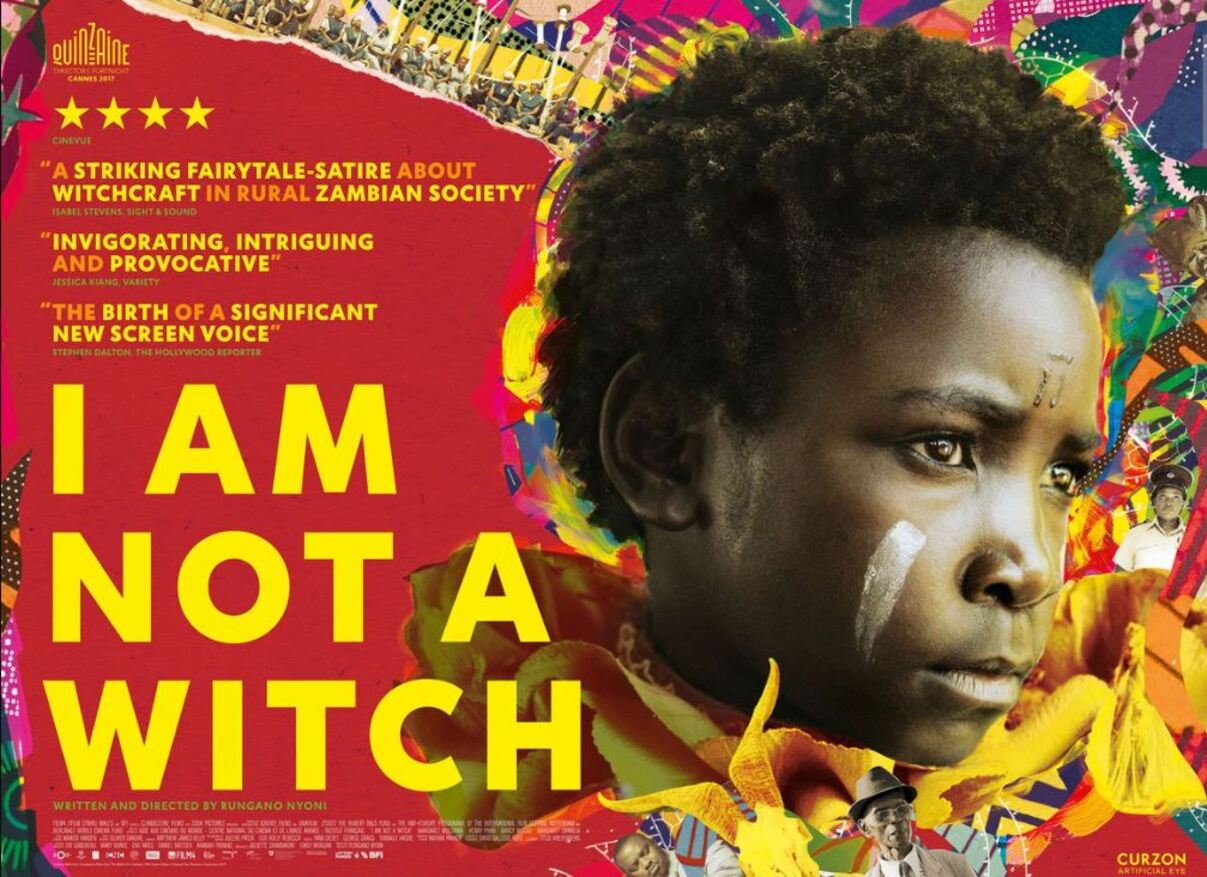 What are the top African movies of all time? African culture is rich in diversity as well as culture, and with this diversity comes a pool of talents and works of art. Movies and household videos are essential parts of African culture. While some African have more vibrant movie industries than others, we believe there are theatrical masterpieces to be found throughout the continent.

Unfortunately, many Africans do not particularly pick interest in this movie genre. While many claim that African movies lack enough technological advancement, they have failed to realize the rich African culture and history embedded in these movies.

This lack of interest in African-made movies has also been influenced by the widespread adoption of western cultures and continuous neglect of African heritage. This article is not just to bring you a list of the top 20 African movies of all time, it also focuses on giving a sense of belonging and the need to appreciate African culture.

Top 20 African Movies of All Time

Given the above, here is our list of the top 20 African movies of all time in no particular hierarchy with the country from which the movie was produced or based on:

Abouna is a stylish African movie that paints a picture of love and loss, suffused with genuine empathy towards children and boyhood, rich in subtle humanity. It squeezes the highly dramatic events in the lives of two youngsters into just 81 minutes while remaining methodical in its storytelling. It never pesters or hectors its viewers; the acts, like the way they are constructed and captured, are peaceful and deeply felt.

Beasts of no nation is the story of Agu, a little kid who was forced into a squad of military men in a fictional West African country. While Agu is afraid of his commander and many of his comrades, the war spreading over his country has horribly damaged his childhood, and he is initially torn between repulsion and fascination.

This South African movie is one of the renowned comedies on the African continent. The gods must be crazy portrays intercultural dialogue and inquisitiveness, and it gives a clear picture of the vast differences between two civilizations.

This movie made in Zambia is basically a call to subdue persistent absurdities in our society. This movie tells the story of Shula, a young girl who was explored by an opportunistic civil servant after being accused of witchcraft. The old folk was hell-bent on using her as a spectacle.

Here’s a story of two youngsters, Mory and Anta, a couple who are disconnected from their Senegalese origin and their only fantasy was Europe. This desire to explore their fantasy led them to a world of crime and vices in search of money. This movie is a well-structured work of art with a loose, rangy vitality.

The next on our list of top African movies of all time is the first Sub-Saharan African movie that follows the story of a young woman from Dakar, Senegal. In her quest for survival, Diouana relocated to France where she became a nanny to a wealthy family but the scenario changed when she realized how much of a slave she was being treated. This movie shot in black and white reflects on racism that still exists in our society till today.

The story unfolded during the 1994 classification of Rwanda into Hutus and Tutsis. Paul, a hotel manager, sought to shield the natives of Rwanda who were abandoned by the whites and UN when the government-backed militia took over the country.

This movie is premised on the story of Phiona Mutesi, a teenage chess champion from a Ugandan who is struggling to keep an embattled family together. It’s a popular African film that isn’t about historical conflicts and wars and has an exclusively black cast. Queen of Katwe is altogether a radical aberration, yet it couldn’t be more multiplex-friendly.

This delicate, humorous movie straddles reality and fiction, with the director, Faye in effect narrating a fictitious letter about happenings in her home village. Due to a severe drought, millet and groundnut fail, and Ngor, a young man, is unable to marry the woman he loves. He must travel to Dakar, the capital, to earn money, where he is severely exploited and returns with a tale of woe.

The picture combines crisp filming tactics, modern technology, and a co-production of African and US performers, following in the footsteps of Hollywood. Nkem Owoh, who won an African Movie Academy Award for his role as a native peasant who travels to London to claim his legacy, was featured in the Nigerian comedy. The film is hilariously entertaining and provides a fascinating look into modern Nigerian culture.

Another big thing on our list of the top African movies of all time is this blockbuster in the African movie industry titled Ashkara. This political thriller portrays a Togolese doctor’s attempts to stop a global corporation from gaining possession of the vaccine for a dangerous virus discovered by a local homeopath. Ashakara is a daring piece of cinematography that has the power to appeal to a wider audience—it’s a real shame the picture isn’t better known.

This historic war between Algerians and their French colonial master dated back to the 1950s is an extraordinary work of art. The government entrusts French army veteran Colonel Mathieu with putting down the rebels as the bombing campaign begins in Algiers, with edgy jittery action scenes in congested cafes, and he begins brutally targeted campaign of distancing terrorist prison, torturing them for the names too far up the multilevel chain until the major people at the top are annihilated.

Moufida Tlatli, a Tunisian writer-director, has painted a straightforward and sympathetic picture that gives its audience languid access to a powerful and highly fascinating family story. It tells the tale of a mother and her two daughters, as well as the female society that raises and imprisons them on the Tunisian island of Djerba.

This is the story of Niankoro, a young man who decided to abandon his home on a quest for spiritual enlightenment and courage, which he would need in the coming confrontation with his father, who abandoned him, and his mother. This magical quest by Souleymane Cissé was a blockbuster in 1987 where it earned the Jury Prize at the Cannes film festival.

Kemi Adetiba’s The Wedding Party is a phenomenon in the Nigerian movie industry, becoming the greatest international Nigerian movie. It’s a raunchy comedy about upscale ambitious urges set in Lagos, in which a beautiful gallery owner is poised to marry her fiancé, an IT guru, much to her parents’ delight.

Here’s the story of Ahmad, a poor farmer who joins the French military and returns eager to liberate Algeria from the French oppression. So starts his nearly biblically epic saga of defiance, a story of opposition against brutality and bad faith. This historical movie of the Algerian revolution from the second world war towards independence won the 1975 Palme d’Or at Cannes.

Have you seen the beast of no nation and revel in the contamination of Agu’s childhood? Ezra is not an exception. Ezra manages to create something horrifying, efficient, and strong that is unlike anything we’ve seen before. Newton I. Aduaka, the film’s director, chose to emphasize on the redemption of a Sierra Leonean child soldier named Ezra, who must learn to cope with his heinous past crimes.

Next on our list of the top African movies of all time is one of the three African movies to ever win a Foreign Language Film Oscar. Tsotsi recounts the events surrounding a teenage street thug who steals a car. When he discovers a child in the back seat, he finds forgiveness in caring for the small infant, and an unexpected change occurs. The film offers a powerful portrayal of contemporary African suffering and the agony of social isolation among lost communities.

Since its premiere in 1959, Come Back, Africa has had a major impact on African cinema, thanks to its production by independent director Lionel Rogosin, who largely worked in secret to avoid deportation. It is now a significant historical, political, and cultural source for recording the horrors of racism in South Africa throughout the 1950s. Even though it is based on a fictional story, it depicts actual people who act out their own lives or the lives of those they know.

This movie features a spaceship carrying aliens who have been banished from their home planet as they linger over a city in some dismal future. Earth’s compassionate, progressive rulers have permitted these strangely shaped creatures (dubbed “prawns”) to dwell in an area outside of the city that has become a disorderly zone known as District 9.

What’s your best African movie? Which one do we miss? please kindly comment below