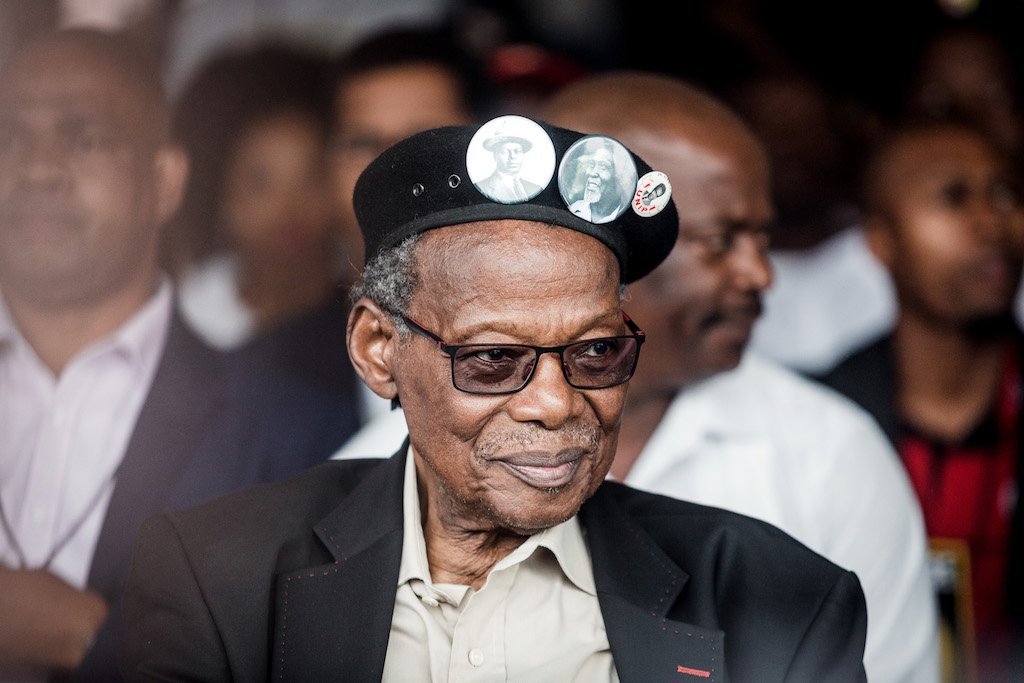 Mangosuthu Buthelezi is the founder of Inkatha Freedom Party (IFP) and the traditional prime minister to the Zulu nation.

Born on August 27, 1928, Mangosuthu Buthelezi has served as South Africa’s Minister of Home Affairs from 1994 to 2004 and was one of the most foremost black leader during the apartheid regime.

He holds the Guinness World record for the Longest legislative speech.

1. I am not the kind of leader who pontificates about what should be done – I don’t operate on scenarios, and I am not a prophet.

2. I rejected the armed struggle because, as a Christian, I am committed to a nonviolent and peaceful struggle. But people take their own initiatives, because it is a Lebanon type of situation here.

3. My greatest sadness is that I won’t get to see the next chapter of the IFP. I won’t be among the men and women who cross into the promised land of social and economic justice. This is not because I’m stepping down, but because in few days time, next week, I’ll be 91 years, and common sense tells me that my time is short.

5. All of our forebears contributed to what South Africa has become. That does not, however, mean that I must apologize to anyone for being born a Zulu, or for having that culture.

6. We have our own history, our own language, our own culture. But our destiny is also tied up with the destinies of other people – history has made us all South Africans.

8. We have within us the DNA of unity, of integrity and truth. Over 44 years, the IFP has established a legacy. We have consistently been the champions of democratic ideals. Throughout the liberation struggle, no matter the twists and turns, Inkatha remained true to its mission.

9. I have always believed in dialogue and in nonviolence, and if you look at my background you will see that it has always been my policy to talk to everyone.

10. The struggle for this generation is for social and economic justice. Yet our greatest weapon from the struggle of the past is still our greatest weapon now. That is something we need to understand. It was our belief in democratic ideals that sustained us through the onslaught of political oppression, discrimination and hatred. It was the trial for democratic ideals that brought this country through the threshold of change and delivered us safely into freedom.

11. A lifetime would never be enough to serve a country, especially a country I love so much.

12.I protected all black people from being foreigners in their own country

13. We are here because we are determined to offer the people of the Western Cape choices which are long overdue.

14. This life, undoubtedly, is a testing experience. When I consider the hardship, trials and battles I have endured throughout more than sixty years in leadership and public life, I find it difficult to agree with the hedonists that the primary purpose of life is pleasure. I have had many moments of joy, and I consider myself happy. But I know that my happiness is a gift from God, for only He could bring me through the life I have lived with a smile on my face!

15. There are so many temptations for our youth to follow, and they are so quickly led astray into greed, substance abuse, criminal behaviour, and damaging relationships. By focusing young people on mission work first, before they embark on their own careers, they are being taught the principle of seeking first the Kingdom of God. In this way they will be better equipped to face temptations, and turn away.