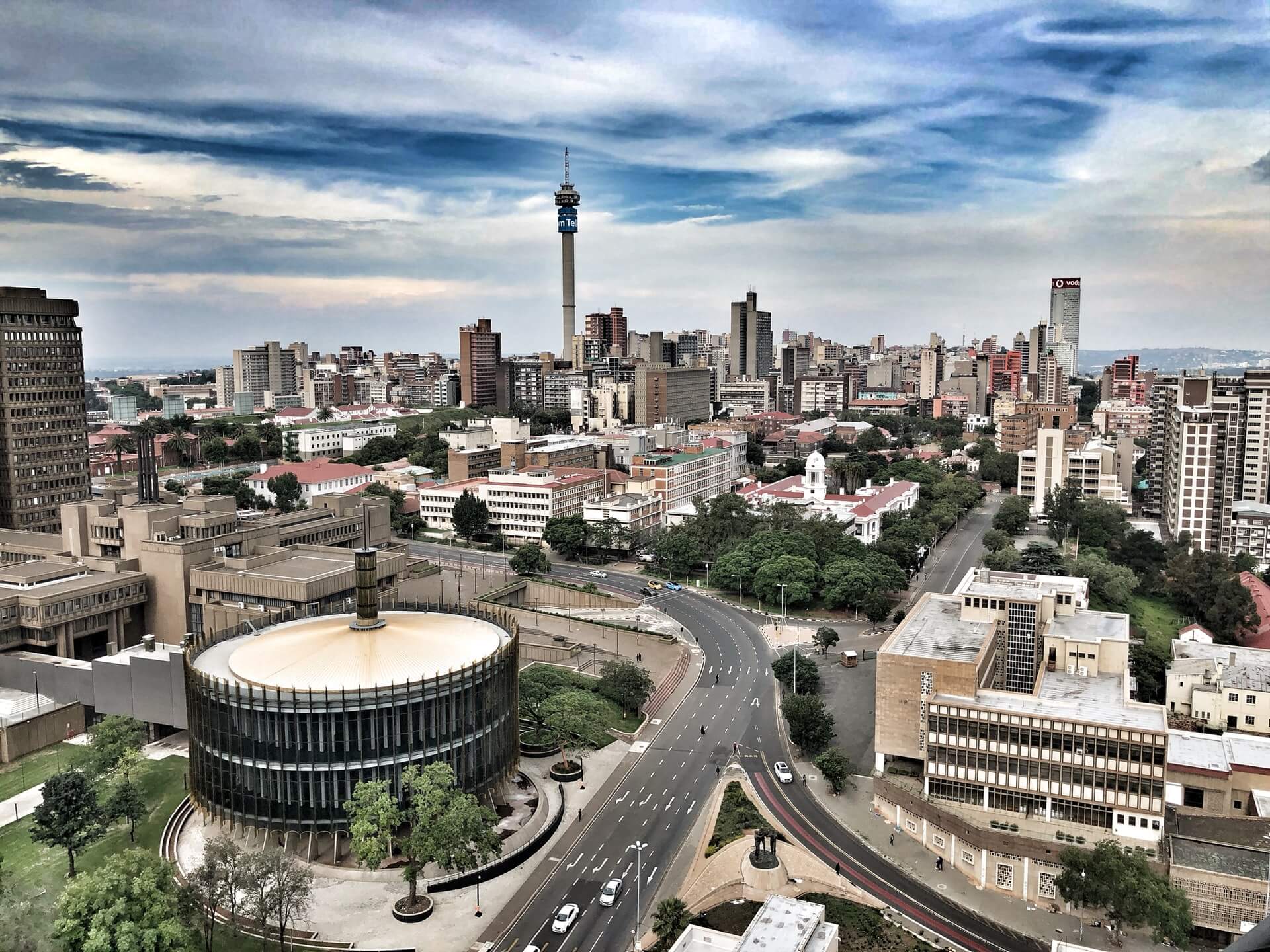 African economies are among the youngest in the world and they’re expected to see double-digit growth by 2030, according to the UN’s World Economic Situation and Prospects Report. Africa is a land of contrasts. The continent is home to some of the world’s poorest countries. Yet despite its vast size, it’s also home to some of the richest nations.

Africa is rich in natural resources. According to the World Bank, Africa holds one-sixth of the world’s natural resource endowments. But as much as the continent is rich, its population is still disproportionately poor.

The richest countries in Africa have seen a boom in construction and the number of people building homes in cities like Lagos, Nairobi, Cairo, and Johannesburg has doubled in the past decade. According to the United Nations World Urbanization Prospects, the number of people living in urban areas is expected to increase by more than 70% in the next 45 years. As this trend continues, we can expect more cities to rise on the African continent, and their housing needs will be met, and in the process of growing in GDP. We’re going to find out what it takes to be the wealthiest country in Africa in 2020 and beyond.

Nigeria, the continent’s biggest economy, has struggled with political instability, natural disasters, and armed conflict over the past decades, but it also boasts the continent’s highest growth rate. According to the World Bank, Nigeria’s gross domestic product expanded by 3.4 percent in 2021, making it Africa’s fastest-growing economy.

Nigeria’s economy, which has long been based around the export of oil, agriculture, textiles, and minerals, is expanding to include manufacturing, IT, finance, insurance, and services. The country’s oil industry, however, remains a huge drag on the economy.

With an economy valued at $514.05 billion, Nigeria is one of the richest countries in Africa.

#the richest countries in Africa: Nigeria

Egypt’s per capita income is lower than the global average and the country is ranked 156 out of 177 countries with a total population of more than 100 million. The economy is dependent on agriculture, but exported $2.74B in Crude Petroleum, making it the 26th largest exporter of Crude Petroleum in the world in 2021. In fact, over two-thirds of the Egyptian economy is oil-related, meaning that it relies heavily on the price of oil, which has been plummeting in recent years.

the richest country in Africa: Egypt

The country with the highest GDP per capita is currently South Africa. South Africa has a gross national income (GNI) of 703.8 billion PPP dollars and a per capita GDP of 301.9 billion. South Africa’s economy is dominated by mining, with gold being the most valuable export commodity. Agriculture accounts for only 2.3% of the country’s GDP and has an annual growth rate of 1.7%.

The country has a large industrial sector which contributes 23.42% to its GDP, but also includes the largest oil company in sub-Saharan Africa, Sasol, and the world’s second-largest platinum miner, AngloGold Ashanti. Although the country has enjoyed strong economic growth in recent years, poverty remains a serious problem. About 30% of the population lives below the poverty line.

With a population of only 43.85 million people, Algeria is the largest economy in the African continent. It has been ranked 13 out of 14 middle east countries. Its gross domestic product (GDP) per capita, which measures the output of the economy, is also among the highest in Africa.

The country has been the largest African economy since its independence from France in 1962. Although still relatively poor compared to European countries, Algeria’s GDP per capita has risen to $3310.39 twice that of sub-Saharan Africa.

But, after years of unrest and political instability, Algeria has seen economic growth stabilizing, unemployment drop, and foreign investment increase. This success story comes as a surprise to many, especially because it is the first Arab country to be part of the World Trade Organization (WTO). With its low inflation, relatively stable exchange rate, and high growth potential, Algeria has become a vital trade partner for Western markets.

the richest countries in Africa: Algeria

With a population of 36.91 million people, Morocco is the largest country in Africa. In 2011, Morocco adopted a new constitution, which provided the basis for its economic revival. The country is home to a rich culture, with a mix of influences from Arabic, French, Berber, and European cultures.

Morocco is a country of contrasts: while the desert is mostly dry, a lush oasis can be found within it, as can dramatic mountain ranges and dramatic coastlines. There is a high quality of life in Morocco, especially if you are seeking adventure and exploring the many ancient cities and monuments.

According to a report by the UN, Morocco is the richest country in Africa. This is largely due to its high GDP growth. But what sets Morocco apart from its African peers? According to the World Bank, Morocco ranks 7th out of 182 countries worldwide for literacy. And while Africa lags behind the rest of the world in general, Morocco is making strides. It has seen improvements in education since the 1990s, as literacy rates have climbed from 64% to 87% over the past two decades. This progress is contributing to the development of the country.

the richest countries in Africa: morocco

It’s not surprising that Kenya has emerged as the continent’s richest country. It’s one of only six countries in sub-Saharan Africa that have managed to achieve high growth and economic development in recent years. With a population of 53.77 million people, Kenya is the largest economy in East Africa. Its annual GDP was $106 billion last year.

Kenya is considered the richest country in Africa. The country ranked third in terms of wealth in the world. With a GDP of $98.84 billion (at current exchange rates), the country has the greatest amount of wealth per capita in Africa. Kenya’s prosperity stems largely from its high agricultural output, stable political leadership, and strong banking sector.

the richest countries in Africa: Kenya

Ethiopia is one of the fastest-growing economies in the world. Ethiopia is an emerging economy with a potential market of nearly 115 million people.

the richest countries in Africa: Ethiopia

By the end of 2013, Ghana had become the richest country in Africa. While all these events were happening, Ghana was also in the midst of its first democratic election in December 2013.

The West African nation of Ghana is known for many things, including its rich history and the beautiful beaches it has to offer. But what makes Ghana special is its people, whose ingenuity and hard work have made it one of the most successful economies in Africa. While there is still a long way to go for Ghana to reach its full potential, it is a country whose economy has begun to show growth and development.

With72.35 billion dollars of GDP Ghana is one of the richest in Africa.

the richest countries in Africa: Ghana

Ivory Coast is Africa’s richest country. It is also the fastest-growing economy in Africa, adding 1.8% per year. Ivory Coast is the top destination for Chinese tourists in West Africa and is expected to overtake Nigeria to become the leading tourist destination in the continent by 2015.

Its largest city, Abidjan, has the highest GDP per capita in sub-Saharan Africa and has attracted several Fortune 500 companies to its free trade zone. Ivory Coast is poised to become a major hub for international trade and a regional transportation hub for the West African region.

Ivory Coast is a developing country with a GDP per capita of $2,325.72. At the same time, a large majority of the country’s population lives below the poverty line.

As the poorest country in Africa and the third least developed, Angola is also the second-largest oil producer in sub-Saharan Africa. The main source of its income comes from oil which accounts for more than 75% of government revenues and 37% of its GDP.

The rest of the national economy relies mainly on the export of crude oil, iron ore and copper, and mining. However, Angola has also ranked 29 out of 47 countries in the Sub-Saharan Africa region.

the richest countries in Africa: Angola

In conclusion, the richest countries in Africa are those where wealth is generated within the country. As much as Africa needs foreign aid to develop, the continent also needs foreign investment to help develop its infrastructure, build its cities, and improve its standards of living.