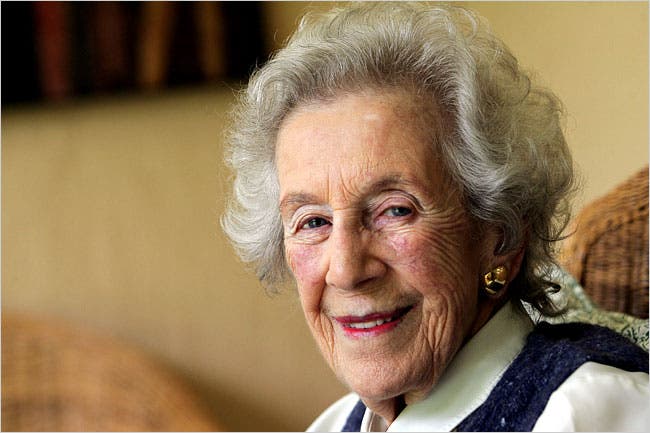 Helen Suzman was South Africa Politician, anti-apartheid activist and a strong voice against South Africa’s Immorality Act– an act which seek among other things to prohibit sexual relations between white people and people of other races.

Describing the act as a recipe for misery and frustration, Helen Suzman declared that the act would give policemen the opportunity to act as “Pepping Toms”

1. I stand for simple Justice, equal opportunity and human rights. The indispensable elements in a democratic society and well worth fighting for

2. I represent all the enlightened people in this country, and that’s a fine thing to be able to do it. It infuriates my opponents when i say this, but it is true

4. My own electorate, which I represented for 36 years as an anti-apartheid politician, had a considerable number of Jewish voters supporting me throughout my career.

6. The employment laws are completely unrealistic. You cannot overcome that in only 10 years. It will take at least another generation before young people are properly qualified

7. Debate is almost non-existent and no one is apparently accountable to anybody apart from their political party bosses. It is bad news for democracy in this country.

8. I can say unequivocally that the boycott does not work. It’s never complete enough to have impact unless it’s backed by force, and I don’t think anybody in America seriously proposes that.

9. Perhaps the one comforting thought I got out of this whole disgusting affair was that over the years when the government was tapping my telephone, it must certainly have heard some home truths from me about themselves, often couched in good Anglo-Saxon terms.

10. It is not my questions that embarrass South Africa – it is your answers.