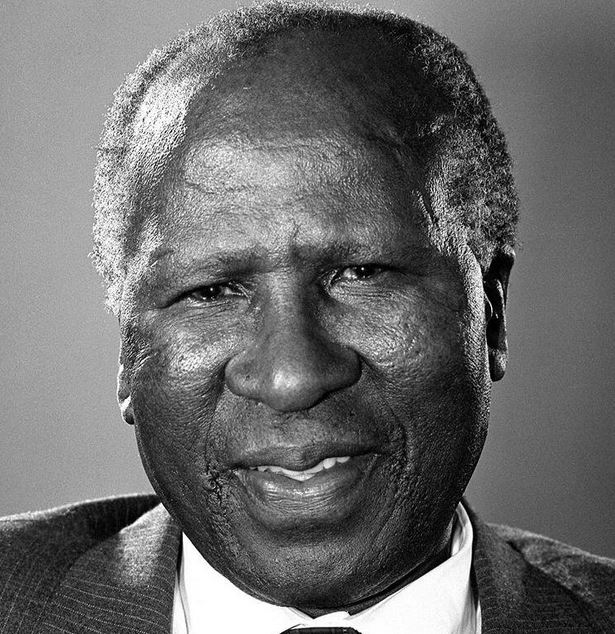 Andrew Mlangeni was a South Africa’s Anti-apartheid hero, political activist and one of the 8 activists that were given life imprisonment sentenced on June 12, 1964 during the Rivonia Treason Trial.

Born on June 6, 1926 on a farm in the Bethlehem, Free State Province, South Africa, Andrew Mlangeni grew up in Soweto and was a close friend of Nelson Mandela. He was a recipient of Honorary Doctorate in Education award from the Durban University of Technology (2018), and the Freedom of the City of London award. (2018)

1. Only the combination of the formal and informal education can catapult humanity to greater heights.

3. Criticisms or not, there comes a time when bold steps have to be taken to ensure that transformation is realized. Society cannot be paralyzed by perennial caution because people’s aspiration cannot be put on hold forever.

4. One of the biggest prisons we were afraid of being locked up in , was the jail of ignorance. We had to demand to have access to education, a fight that was fought over a period of three years until it was granted 1967.

Schooling, or rather education, is one of the subjects I am very passionate about, because of the denial I experience in my own life.

5. In judging our progress as individuals we tend to concentrate on external factors such as one’s own social position, influence and popularity, wealth and standard of education; but internal factors may be even more crucial in assessing one’s development as a human being: honesty, sincerity, simplicity, humility, purity, generosity, absence of vanity, readiness to serve your fellow men and qualities within the reach of the soul are the foundation of one’s spiritual life.

7. Some of our political leaders have become absolutely corrupt – they are no longer interested in improving the lives of our people. They are busy lining their pockets with the money that is meant to help the poor people. What a disgrace.

I went to prison without a degree, but came out with two degrees

8. People around the world want peace, to live in harmony, to have dignity, to enjoy the respect of their human rights and non-discrimination, to enjoy justice and fair-play, to be secure and stable. This is the better life that Nelson Mandela together with the ANC envisioned for the people of South Africa

9. I never wished to be in prison even for one day, but I did it for freedom

Though leaders of many countries throughout the world have tried to persuade the Government to abandon its apartheid policy, and although resolutions have been passed in the United Nations against South Africa, this has met with no result. All that the Government has done is to reply to the people’s demands by putting their political leaders in gaol, and breaking up families

10. I was sent to jail when my youngest child was aged seven. I only started to see my girls when they were already married with children. I could not attend their weddings or the funeral of my twin sister. I felt when she died I had lost part of myself.