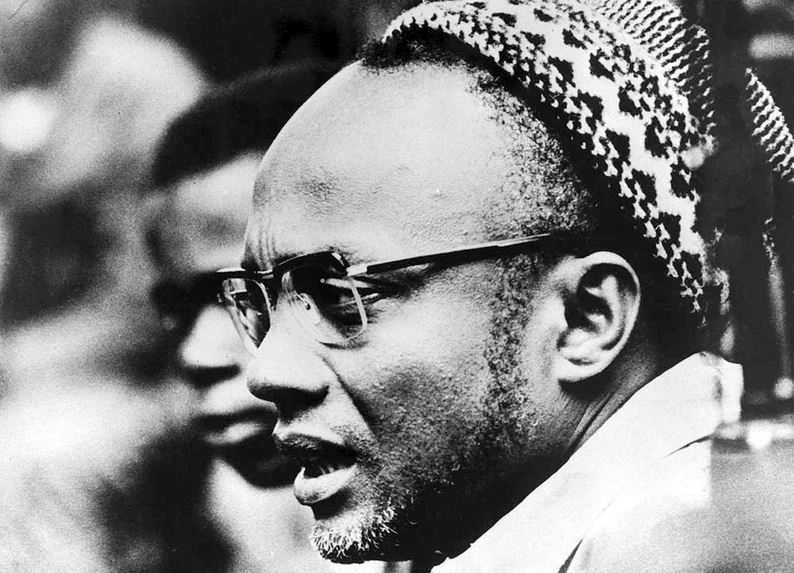 He was forced out of Guinea to Angola in 1955 due to anti-colonial activities. On arrival in Angola he joined the Movement for the Liberation of Angola (MPLA). And together with his half-brother and friends he founded the African Party for the Independence of Cape Verde and Guinea (PAIGC) during a short visit to Ghana.

1. You understand that we are struggling first and foremost for our own peoples. That is our task in this front of struggle

2. It is our peoples who guarantee the future and certainty of our victory.

3. In our opinion, the foundation for national liberation rests in the inalienable right of every people to have their own history, whatever formulations may be adopted at the level of international law.

4. Let us be precise: for us, the African revolution means the transformation of our present life in the direction of progress. The prerequisite for this is the elimination of foreign economic domination, on which every other type of domination is dependent.

6. To coexist one must first of all exist, so the imperialists and the colonialists must be forced to retreat so that we can make a contribution to human civilization, based on the work, the dynamic personality and culture of our peoples.

8. We are with the Blacks of North America, we are with them in the streets of Los Angeles, and when they are deprived of all possibility of life, we suffer with them.

9. The problem of the nature of the state created after independence is perhaps the secret of the failure of African independence.

10. There is a preconception held by many people, even on the left, that imperialism made us enter history at the moment when it began its adventure in our countries.

11. If we are fighting together, then I think the main aspect of our solidarity is extremely simple: it is to fight, I don’t think there is any need to discuss this very much.

13. We should consider ourselves as soldiers, often anonymous, but soldiers of humanity in the vast front of struggle in Africa today.

14. We reserve the right to make our own decisions, and if by chance our choices and decisions coincide with others, that is not our fault.

15. History teaches us that, in certain circumstances, it is very easy for the foreigner to impose his domination on a people. But it also teaches us that, whatever may be the material aspects of this domination, it can be maintained only by the permanent, organized repression of the cultural life of the people concerned.

16. It is the struggle which makes comrades which make companions, for the present and for the future.

17. Our struggle has lost its national character and has moved onto an international level. The struggle taking place in our country today is the struggle of progress against misery and suffering, of freedom against oppression.

18. We do not need to follow any line: our position must be and remain based on the fundamental aspirations of our people.

19. You must analyse and study these movements and combat in Europe, by all possible means, everything which can be used to further the repression against our peoples. I refer especially to the sale of arms.

20. In any struggle, it is of fundamental importance to define clearly who we are, and who is the enemy.